Golden Muck is a material needed for crafting Almudron armor and several weapons in Monster Hunter Rise. Game description says it’s mud mixed with Almudron mucus, prized for its viscosity and sumptuous hue. It is only found while you fight certain monsters. We’ll help you locate best drop locations for Golden Muck in Monster Hunter with this short article. 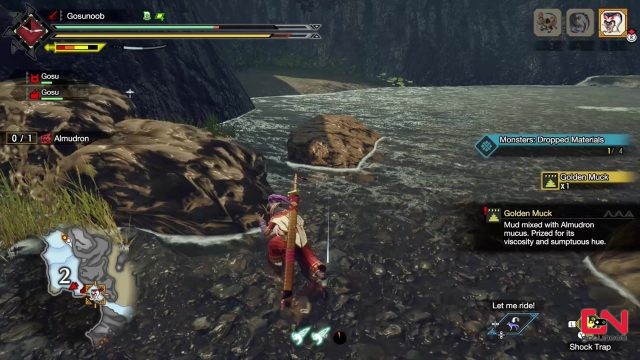 Golden Muck can be looted from Almudron monster found in Shrine Ruins, Sandy Plains and Flooded Forest. While fighting Almudron Golden Muck can drop as a shiny and you can pick it up off the ground. It has a 30% chance to have 1x dropped by them, or 25% chance to get 2x. It can also be a Target or Capture reward with 22% and 13% chance respectively. Go on an Almudron Hunting quest and you have a chance of it being a Target reward. It appears during 6* village quests. On high rank it starts dropping Golden Sludge instead, so make sure you hunt enough of it before you advance to MH Rise high rank. 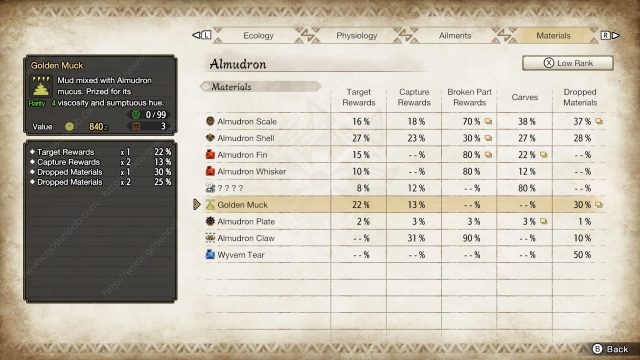 You can also check out our Youtube video showing one of our Almudron hunts with Golden Muck dropping. IT is a fun fight with this mud slinger. Just make sure you check out the ground after you defeat him for the shiny items. These are called Almudron Material and they actually contain Golden Muck. Notice that it can drop it while fighting other monsters. Almudron is aggressive and you can see him fighting it out with others.

NEXT POSTParadise Lost Review – It Should Stay Buried