Single player first-person shooters have devolved over the years into overly-cinematic affairs, focusing heavily on characters and plot but neglecting the meat and bones of the shooting experience. Call of Duty has been the primary culprit of that devolution, up to the point where even the franchise’s owners, Activision, experimented with totally omitting the single player content.

Back to Basics with a Modern Story Twist

The Serious Sam franchise traditionally offers single player shooting games of a totally different kind. They present a unique gun-slinging experience designed to revolve around player skill, forcing their reflexes into kinetic overdrive. With a pretty basic plot and personality derived only through the protagonist’s one-liners, Serious Sam titles have always been pure shooters, unrefined and rough like non-filtered ale. For that specific reason, they’re ultra tasty to the old-school shooting connoisseurs. The franchise has occasionally dabbled into multiplayer, but their primary focus has always been the campaign, filled to the brim with scripted combat encounters on a massive scale. 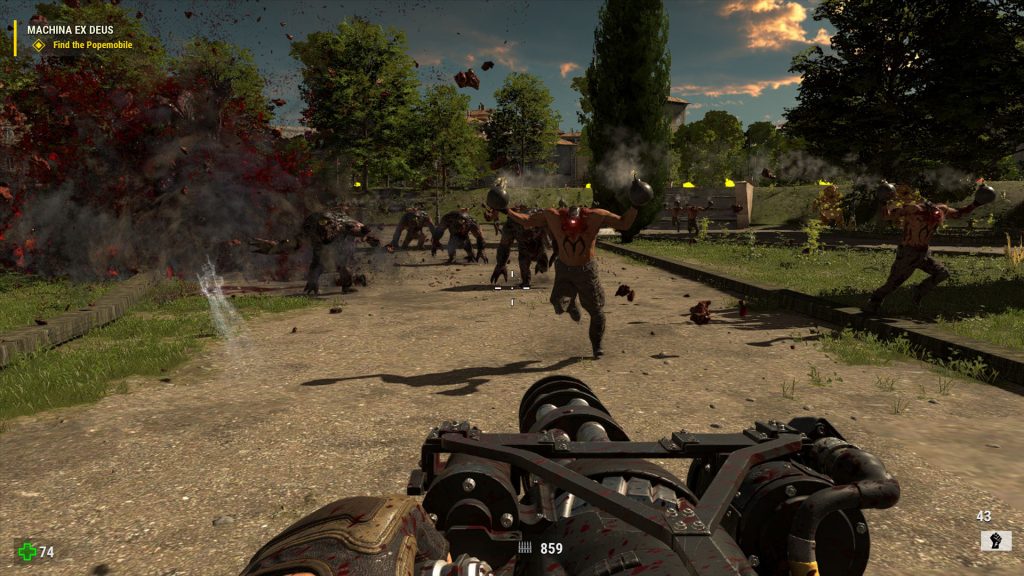 Serious Sam 4 works Is a prologue to the first game from 2001. This includes the sequels and spinoff titles, such as Serious Sam’s Bogus Detour. The core hyper-twitchy gameplay staples are completely preserved, but now we have the added “value” of light cinematics presented in an old-school fashion. By that, we mean that they appear after action set-pieces, and it’s all linear. Also, we get to meat Sam’s squad from the beginning of the alien invasion, and they serve to humanize our hero. 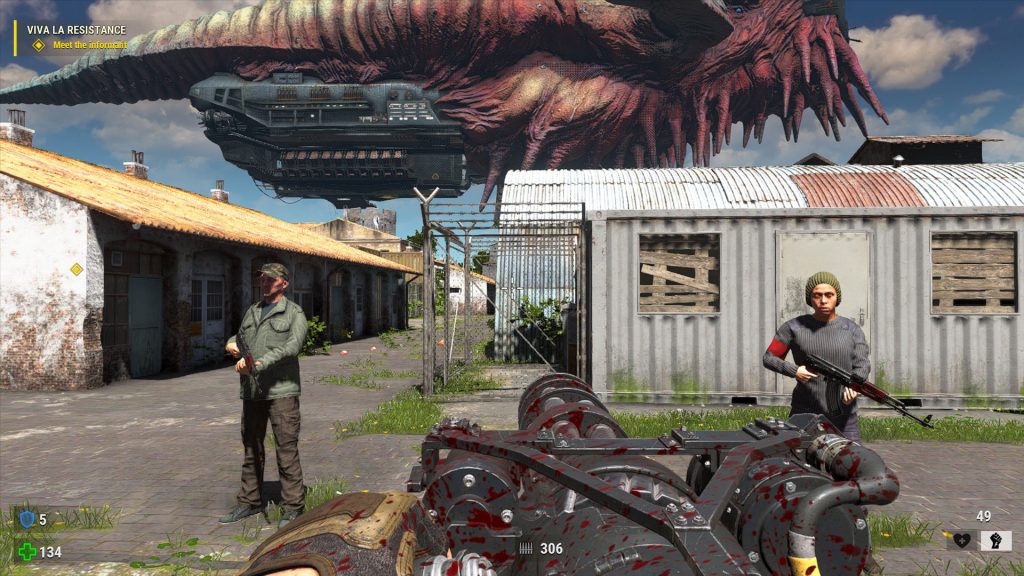 The old Sam “Serious” Stone was a sarcastic lone wolf, spitting hot lead and even hotter one liners, much like Duke Nukem. Our new and improved hero, conversely, has evolved some human emotions. None of the new stuff is overbearing and, most importantly, does not change the character or the pacing of the shooting. The “art” of including more story and cinematics while preserving the classic Serious Sam experience was in fact very simple. The (skippable) cutscenes are brief and, although they are in-engine, they are completely separate from the gameplay. Serious Sam 4 doesn’t attempt any fancy overlap of action and narrative; it sticks with storytelling methods from the beginning of the century.

The Gameplay – Not for the Faint of Heart

The campaign in Serious Sam 4 consists of fifteen chapters that take place mainly in Italy and France. It offers a healthy variety between shooting up aliens from the Vatican, across cramped ruins in Rome, and to the open fields of the French countryside. The escalation is quick, brutal and unrelenting; after a short tutorial presented on the go, the game throws Sam and the gang into curated mayhem. Each chapter is massive and filled with scripted encounters, most of which require you to obliterate every last enemy in order to proceed. 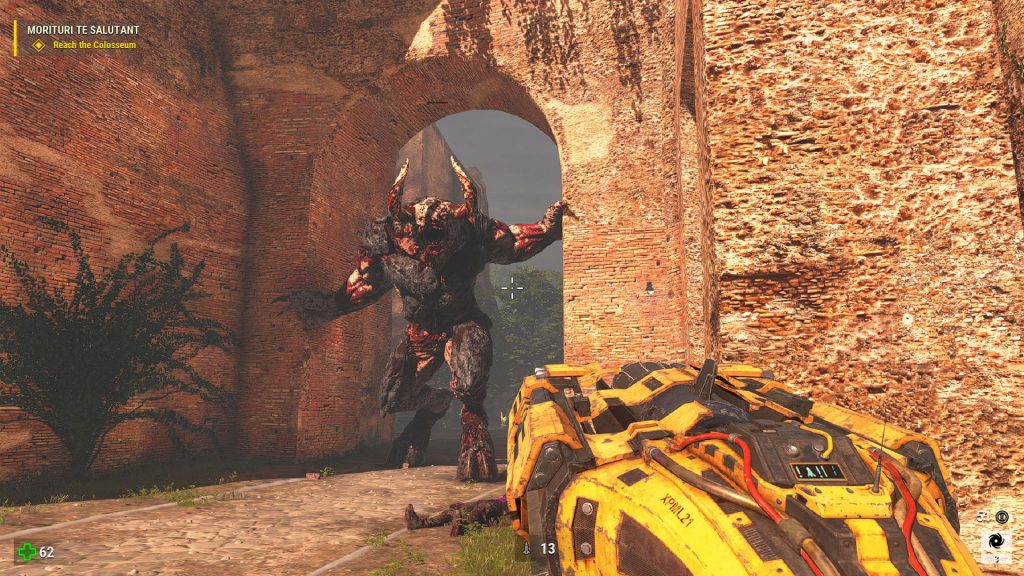 Surviving with style is not a guarantee on any difficulty level except Easy, as the game is calibrated for the hardcore shooting audience. Every combat encounter presents a significant tactical challenge. These revolve around your weapons, ammo availability, the environment, and the enemies spawning all over the place. Mobility is always the key to success, and ammo conservation is a necessary skill to have. You almost always have the option to unload your best stuff into the first wave of baddies, like killing headless kamikaze zombies with the minigun. Subsequent waves, however, will have you excreting bricks while trying to survive Kleer skeletons using the powerful but slow-firing double-barreled shotgun. 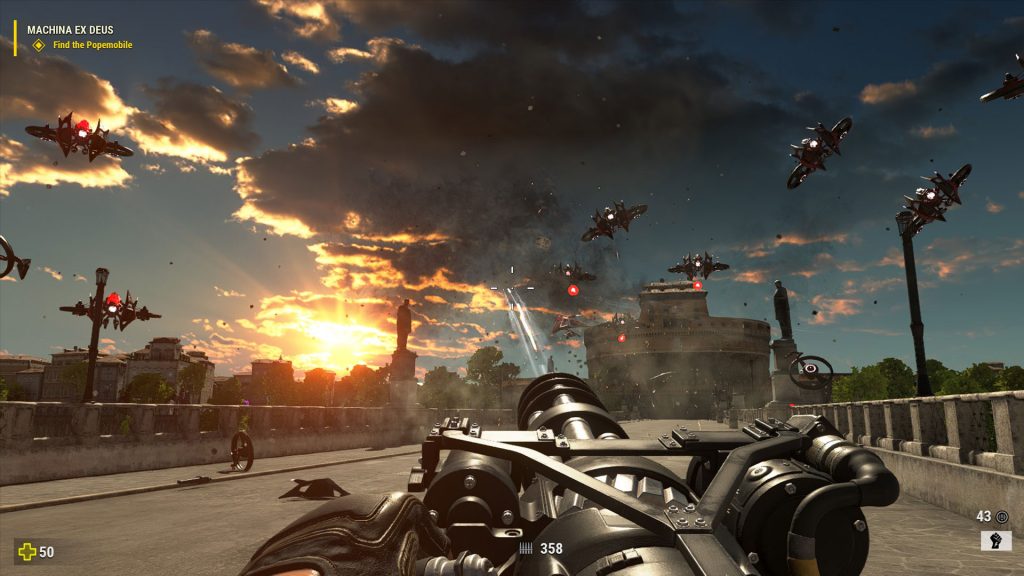 All the mobs from previous games make a comeback in Serious Sam 4, and the unholy menagerie has been expanded with several nasty newcomers. For example, there’s Belchers, which explode upon death and Zealots, armored baddies immune to frontal damage. The combat is always challenging, always excellent, and will definitely push players to their physical and mental limits. This is the kind of shooter that makes you sweat profusely and curse like a 19th century sailor. When was the last time you experienced a game that woke up the sleeping monster inside you?

Serious Sam 4 offers plenty of distractions in its massive environments. Every stage has one or more optional missions, which add a little bit of lore and some useful items. For example, you can find a permanent grenade launcher add-on for the basic shotgun, some valuable consumables, etc. Each level features a good variety of secrets which yield additional stuff and lore. 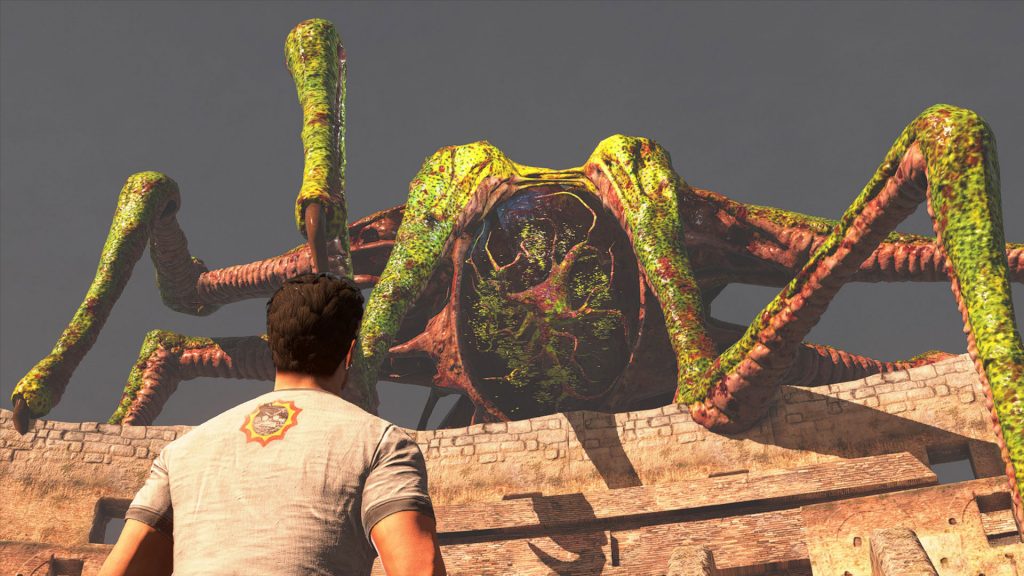 The only feature that’s really unnecessary are the skill points you get for finding the crate with the special sphere. The skills branch into two different paths – one is focused on dual-wielding weapons and shooting speed, and the other is all about self-healing melee kills. You don’t have to pick one instead of the other and, thankfully, you can freely mix and match every unlockable skill. 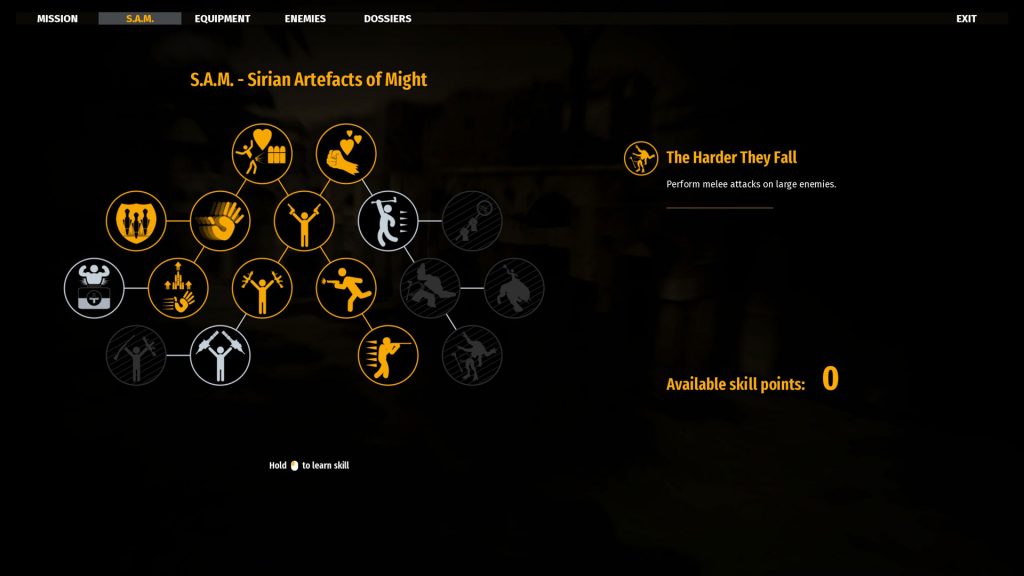 After completing Serious Sam 4, we couldn’t help but wonder whether adding a random element to the mayhem would be a sound idea. What if the devs offer an option to replace the totally scripted encounters with enemy waves deployed by the AI, like in Left 4 Dead or similar co-op shooters? Maybe restrict complete randomness to co-op, and offer just a tad more unpredictability in solo play? It would, for one thing, significantly raise the replayability bar and make for some spectacular Twitch streams.

We really like Serious Sam 4. It’s a pure, honest gaming experience crafted by talented old-school team that favors the simplicity of traditional shooters over more progressive shenanigans from developers with larger budgets. Its crude humor and awkwardness only add to its charisma, but the massive combat encounters like no other modern shooter offers are the secret ingredient that makes it unique. 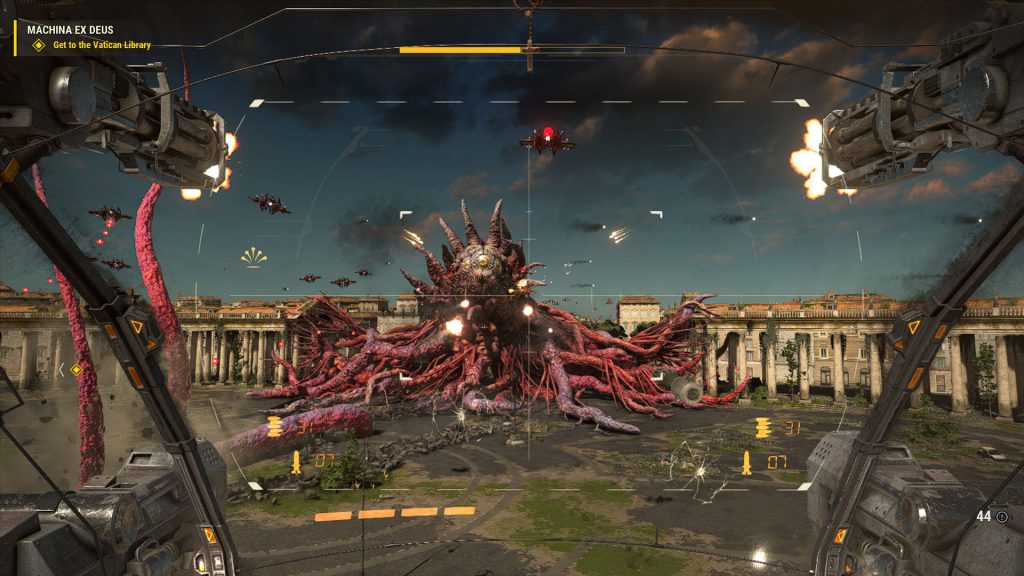