Twenty-three years ago, many talented game developers left the legendary Bullfrog Productions in waves because it became too corporate. Few of them banded together and formed the legendary Lionhead Studios, while others united under Mucky Foot Productions. During its six-year existence, Mucky Foot studio made one of the most peculiar management simulation games at the start of the new century. The game was called Startopia, and it was a management simulation in a unique setting – a torus-shaped space station. You managed a space station visited by many different alien species that became your residents and workers. In addition to the usual build/harvest/produce/sell mechanics, some specifics made Startopia standout. The aliens had needs you had to deal with, and your AI robot companion had a habit of occasionally roasting you. With a fresh take on the genre, quirky humor, and a gameplay loop that proved both fun and challenging, Startopia became a cult classic. Two decades later, it’s time to capitalize on the nostalgia. 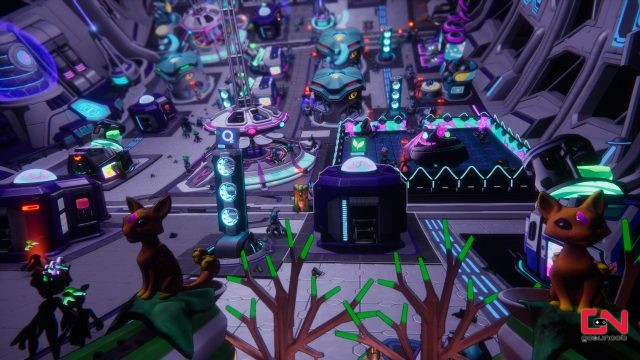 Made by an entirely different team, Spacebase Startopia works as an unofficial remake of the original game. Once again, you must cater to the aliens’ needs and run your station as best as possible. The humor is still there, the challenging but fun gameplay loop still holds up. The original formula worked, and the Realmforge developers recognized that it needed no fixing.

Much like in the original game, the station has three separate decks: the Sub Deck, which is the main deck where your basic production facilities are and where your visitors enter the station, the Fun Deck, which holds clubs, cafes, arcades, and other places of leisure, and finally, the Bio Deck, a greenhouse where you grow plants that in turn provide you with resources. The goal is to automatize the harvesting/production/trade routes and take care of your residents’ needs and security. Several alien species will board your station, and each of those species plays a specific role in your station’s growth. You have a fleet of automated robots used for construction, repairs, cleaning, and, later on, for the security business. The primary resource in the game is energy, and the principal nuisance on the station is garbage. When you meet other station residents, the game’s RTS aspect comes up, but the main focus is still on the management. Except for names, almost everything is true to the original game. 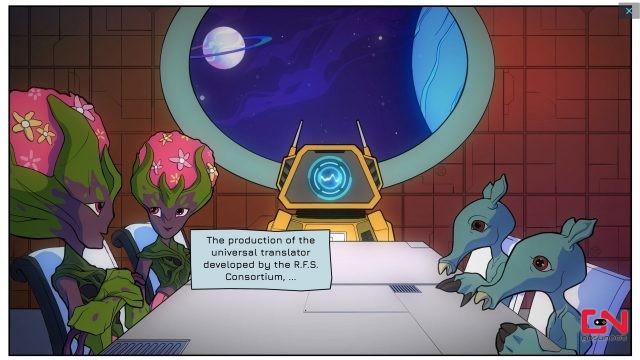 What’s new, then? The game had some quality-of-life improvements that serve as a refreshment of the already excellent base product. Firstly, the visual identity is now more suited to its hilarious atmosphere. The cavalcade of colors, cute designs, and quirky animations in Spacebase Startopia is such a joy to watch and absorb. Even when they are mad and angry, the aliens will make you smile with their imaginative designs and lush colors. The tasty design is most apparent on the Fun Deck, where the silly space visuals reach their peak. Whether it’s the eye-pleasing design of the Fun Decks facilities, the dancing of the aliens, or the color palette, your eyes will love it, and it will make you feel cozy. The visual extravaganza partially extends to the other two decks, but the prize goes to the middle Fun Deck.

The second-largest upgrade is the user interface. While you may argue that the original one was a victim of its time, it was clear that it was Startopia’s greatest downside. Compared to that relic, Spacebase Startopia’s interface is alien technology (pun intended). It’s not as functional as, say, the Civilization VI interface, but we are happy to report that Realmforge guys and girls did not drop the ball with this one. The menus are generally clear and precise, all the icons are visible enough, and the controls are responsive. 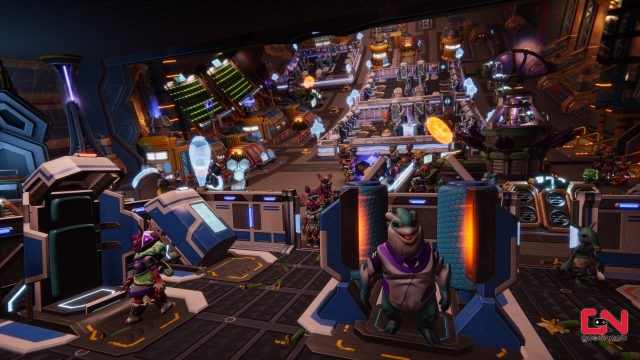 Despite its silly and cute design, Spacebase Startopia is a challenging game. Even on the easiest (Cadet) difficulty, the game will strain your strategic mental muscles. Managing resources is an essential aspect of the game, followed closely by spatial planning and catering to your residents’ needs. Aliens can be hired, fired, and promoted. They communicate the level of their satisfaction through a social media feed called Spitter, a parody of Twitter, and if they become too bitter, they may cause some jitter, i.e., trouble on the station. Should that happen, you can incarcerate them or send them away.

Even though it’s a colorful affair, Spacebase Startopia will require that you learn several complex concepts reasonably quickly. Luckily, there are separate tutorial missions that will help everyone who tries to prove themselves to be a capable station manager. We recommend going through these missions before you start the ten-mission campaign. As you progress through the campaign, you will learn about the game’s many layers and aspects. With the growth of those, the number of tasks you have to manage successfully grows exponentially. Even with only ten missions, the campaign will keep you occupied for several days, after which you can dive into the sandbox mode or the multiplayer.

As mentioned earlier, there is a real-time strategy mechanic in the game. When you discover another base growing on your torus, you will immediately enter a competition for the station. You can gain an advantage by sending over security units (drones and mechs) or sabotaging them remotely. This aspect adds moments of additional planning and adds tension to the already tight gameplay loop. 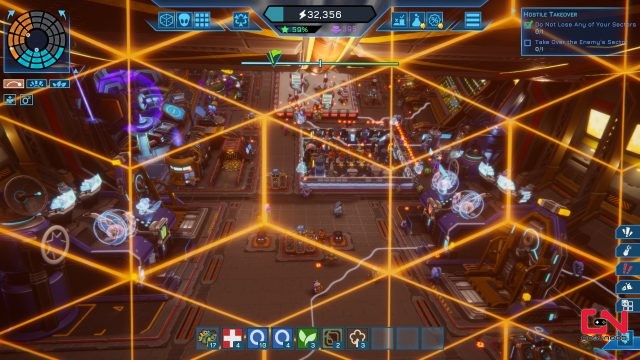 Spacebase Startopia delivers on its promise. It’s a solid remake of a legendary game for the modern age, and its highs greatly outweigh its lows. It is bound to bring you many hours of joy and fun. Just like the original material, its combination of challenge and fun hits all the right spots. Add space silliness, good humor, and audiovisual bliss to that, and you have a future fan favorite.