Bloober Team, a Polish indie developer responsible for Layers of Fear, Observer, and Blair Witch, jolted up bleak and boring January with their darkest and most ambitious game to date. The Medium is the first proper Xbox Series X/S console exclusive so far, although the game is also available on Windows PC. Nice to see that Microsoft is sticking to their promise of inclusivity for their long-suffering PC audience who spent Xbox 360 and Xbox One days outside the loop. 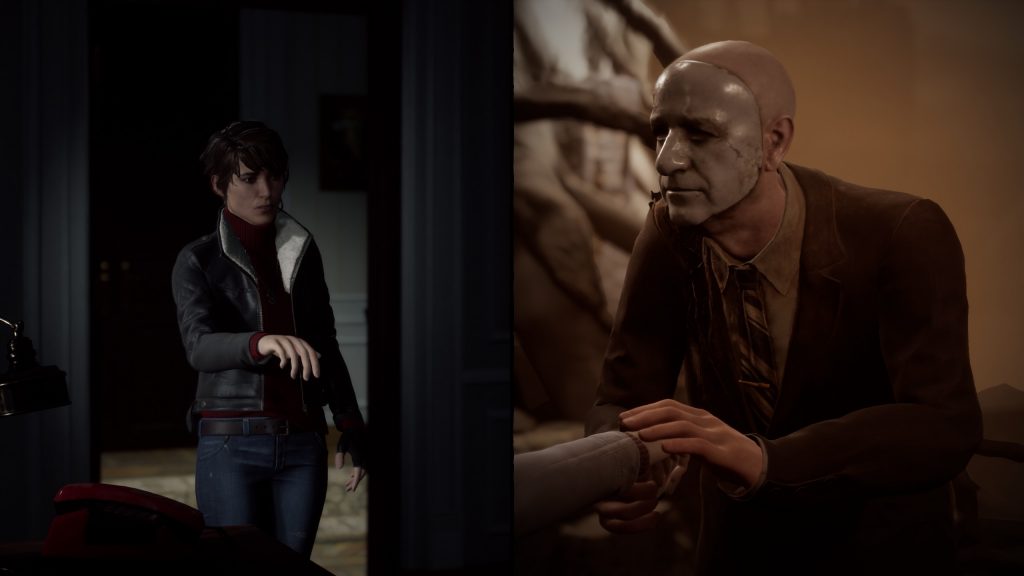 The Medium tells a complex and grueling story of Marianne, a powerful psychic (medium) capable of not just communicating with the spirit world but piercing the veil between realities altogether. Her foster father’s death and one cryptic phone call sets in motion a chain of events that will confront Marianne with the suppressed, traumatic events of her childhood. Her quest for the answers will bring her to the Niwa Workers’ Resort, a long-abandoned leisure complex that experienced its heyday during the communist times. It was abandoned, they whisper, after the unexplained massacre of guests and staff, meticulously covered up by the state apparatus and deliberately forgotten. 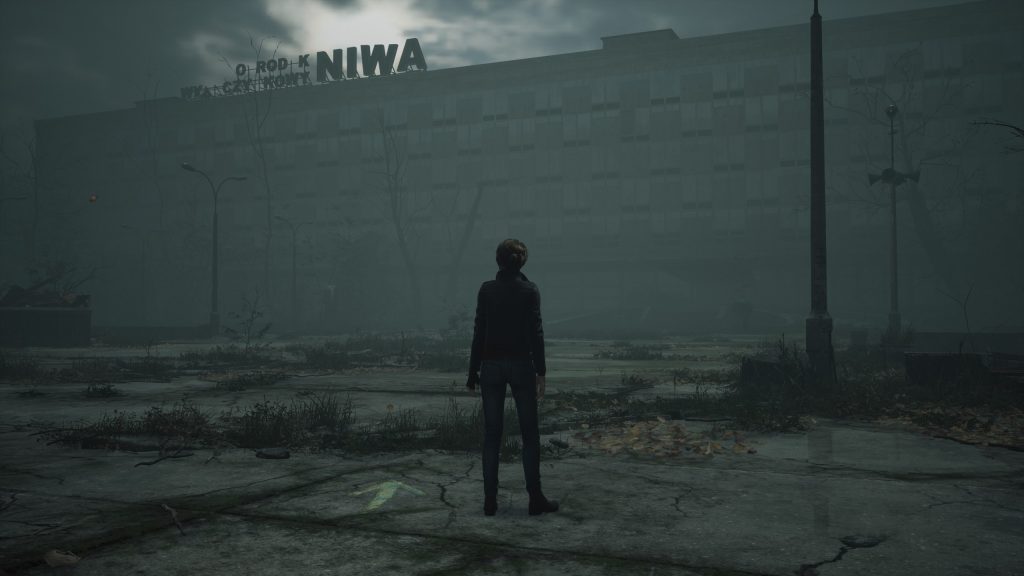 It would be lazy and all too easy to dismiss The Medium as just one more Eastern-European supernatural game set in the abandoned facility, with distant screaming and dancing shadows escalating into substantial but predictable jumpscarry horror in the second half. It starts in a vein similar to that old and tired trope but soon evolves into something much more intelligent and horrifying. It’s essential to experience that escalation for yourself, so we’ll try to avoid the spoilers with quadrupled care. 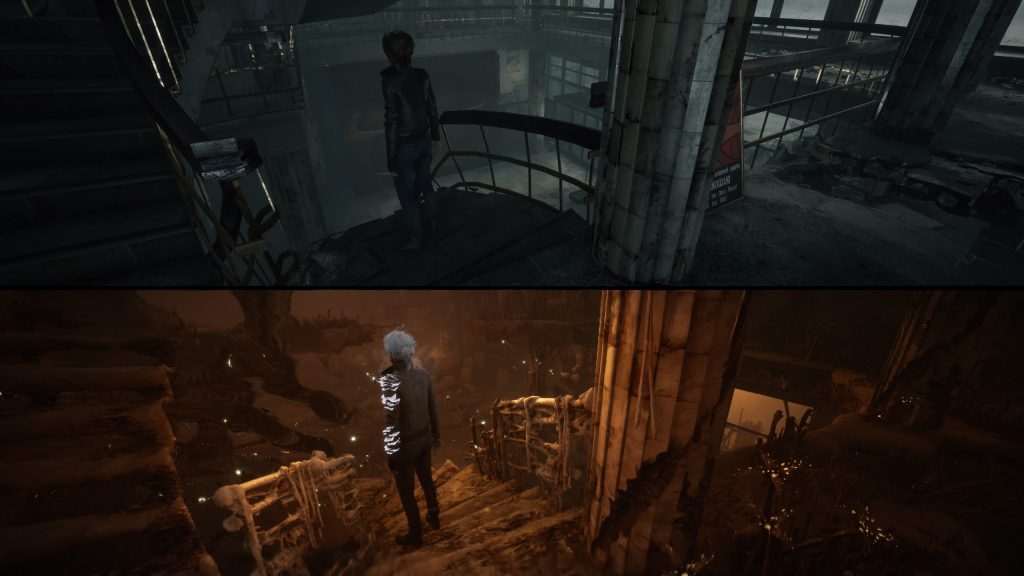 For the most part, The Medium is a classic adventure game that occasionally experiments with survival horror concepts and brings to the table one truly unique gameplay element. Marianne has the ability to exist in two different realities – in pre-defined moments tied to the plot, Marriane will split in two (literary), giving you the control of her usual self and her spirit version. The real world and its spirit approximation share the general layout and architecture, but some areas are accessible only in one or another, forcing you to think, experiment, and solve the problems and the puzzles that inhabit both spheres of reality. You control both Mariannes simultaneously, but you always can initiate “out of the body” experience, freezing the real M in place and controlling her ethereal half only. Later on, you will be able to enter the spirit world at will using the mirrors you occasionally find, allowing you to shift between dimensions without the unwieldy personality split. All of it may sound twistedly complex, but it isn’t. 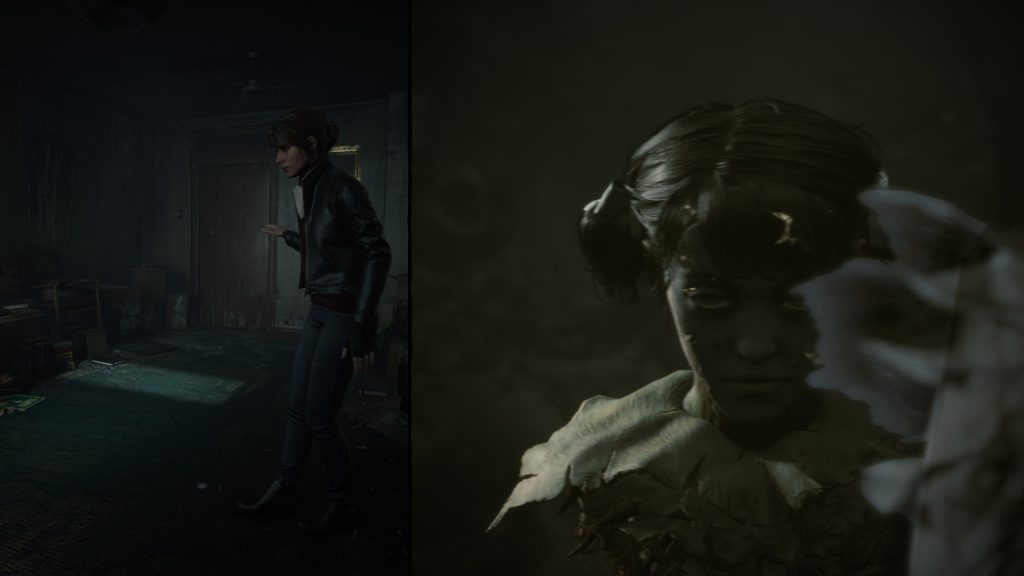 The best part of The Medium is the story. Again, you must forgive us for trying and not succeeding in avoiding spoilers and using clumsy innuendo… The game itself is pretty explicit in defining its heroine, strongly suggesting that Marianne is not schizophrenic or suffering from the hallucinations related to the mental illness – the threat is real and substantial, revolving around a supernatural, malignant entity that plagues the ruins of Niwa. The real magic of the game lies in avoiding the predictability of that threat, leading you instead to exploring the series of very human causes that enabled the monster to run rampant and grow strong. Trust us, every time you start to think that you grasped the devil (plot) by the horns, it will surprise you with another layer of clues and (half)truths. Story-wise, the game never disappoints. 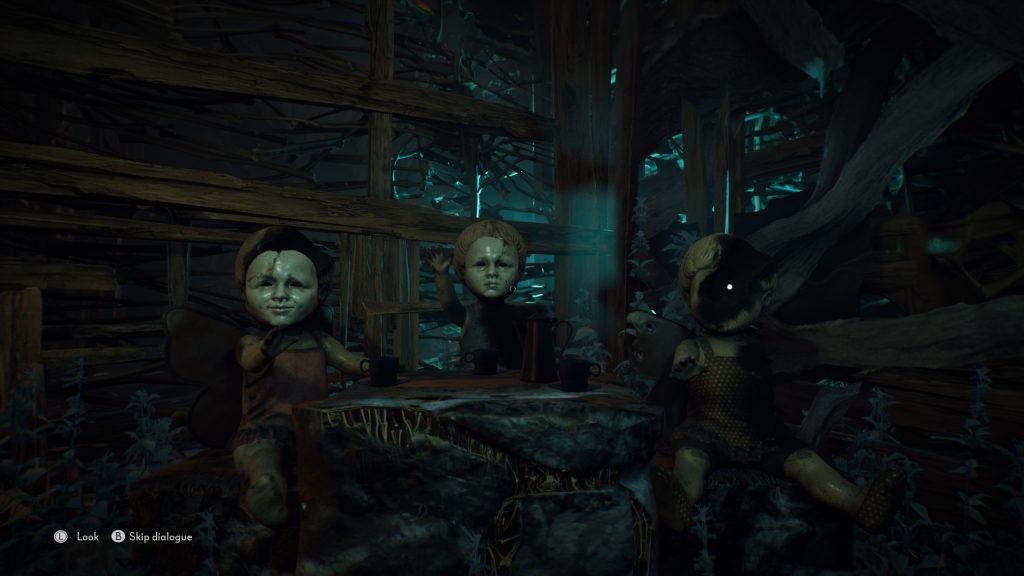 On the other hand, The Medium is not a challenging game by any stretch of that definition. Puzzles are mostly on the easy side, with a lot of hand-holding in the form of Marianne’s verbal cues and suggestions. We doubt that any player with a reasonable level of experience would be seriously stuck anywhere, but in the case of an emergency, you can always break the glass and consult our guides (*wink-wink*). The game occasionally shifts in full survival horror mode, forcing you to stealthily avoid mortal danger or run for your life, seamlessly shifting back into adventure after the scripted action sequence ends. Those shifts are sudden and chaotic – expect to die from time to time until you figure out the proper way to solve them. 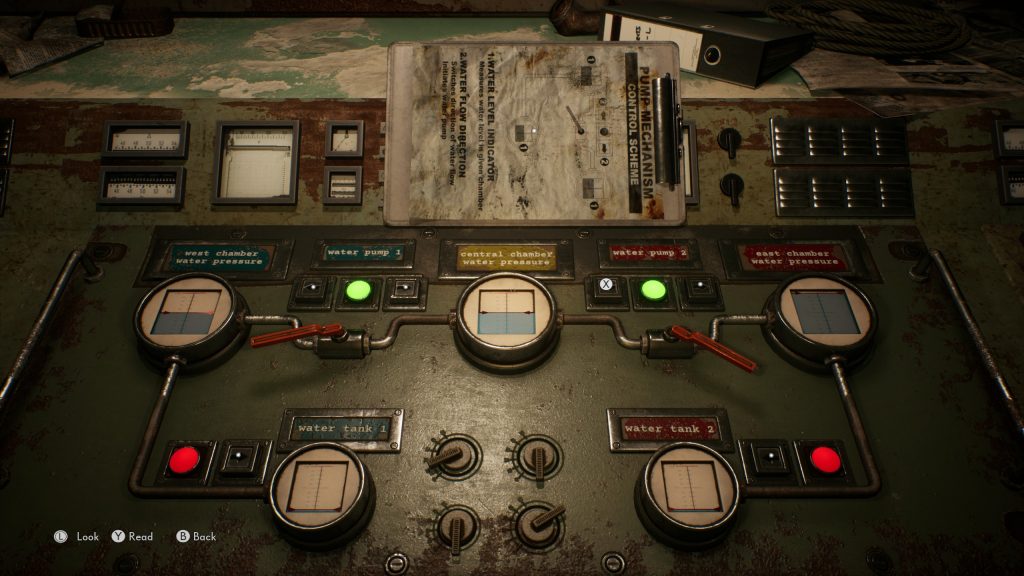 The game is linear, with a fixed path from start to finish, with minimal, almost non-existent backtracking. The answer to any problem and solution to every puzzle is usually in the same room, or inside the current mini-bubble you’d have to open up to proceed. Maybe it would be unrealistic to expect a complex, focused story placed inside the overly open environment, but we occasionally longed for some more breathing, wandering space. You’ll expect to get lost here, but you won’t. 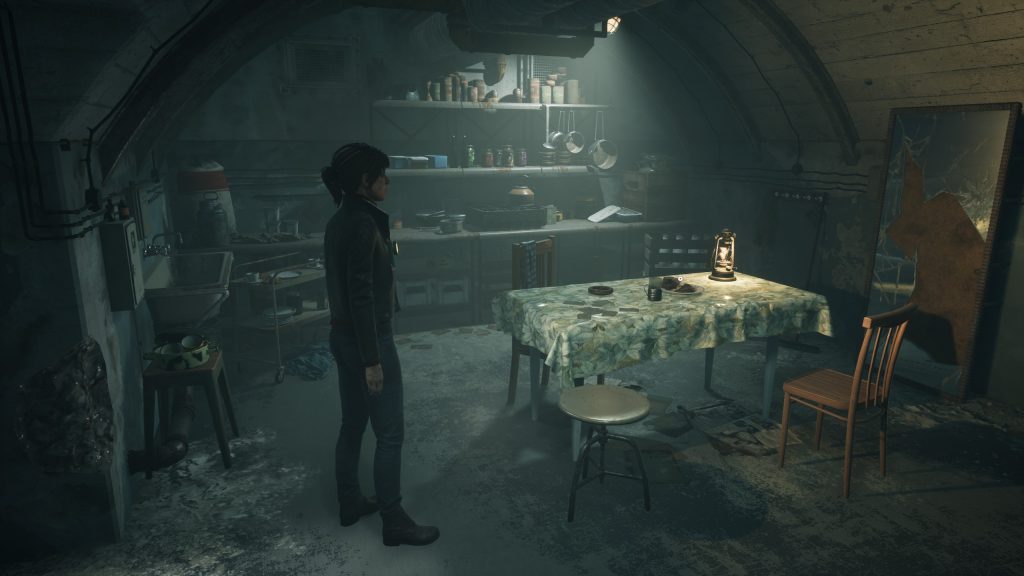 The focused story has one more downside… The plot is practically screaming for the branching paths leading to the different endings, but they never materialize. You’ll get a singular outcome to the game, which still leaves some important questions open for interpretation. Oh, and there is also a post-credits cliffhanger scene suggesting the part II or DLC – scope and form of that follow-up is probably tied to the game’s commercial success.

Visually, The Medium offers a pretty solid experience overall – game esthetics is inspired by the works of Zdzisław Beksiński, late Polish painter, photographer, and sculptor, specializing in the field of dystopian surrealism, whose name evokes supernatural mysticism by virtue of pronunciation only. Joking aside, our only complaint here lies in the rigid, fixed camera that sometimes picks the angle that is not ideal. 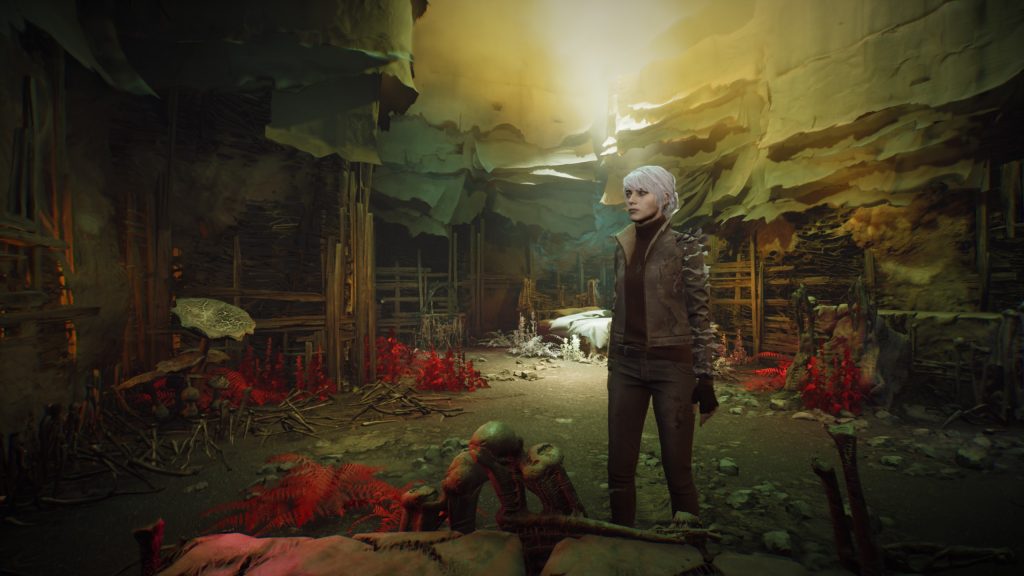 You cannot judge a game like The Medium in the “counting coppers” manner, to quote late Robert Baratheon. Several smaller CONS simply cannot outshine one big PRO, the great and unnerving plot that you will not forget any time soon. The story of The Medium is the beacon of quality that shines over boring and predictable concepts of western horror. Poland is slowly but surely becoming a superpower in the realm of interactive experiences, and The Medium is an important weapon of that magical arsenal.