Total War: Rome was an excellent strategy game in one of the best post-millennial years for gaming. In 2004 we had Half-Life 2, World of Warcraft, GTA: San Andreas, Halo 2, Far Cry, Doom 3, Fable, and many other remarkable titles that left permanent impressions on our collective consciousness. Almost all of those games would benefit more from remastering treatment than Total War: Rome.

Why is that? Simply because that remaster, or rather, fully reimagined and modern sequel slash remaster, already exists in the form of Total War: Rome II – Emperor Edition. Part two is better in every conceivable way than the first game, which remains, even after the facelift, a profoundly obsolete experience for a number of reasons, chief among them the old-school Total War map with the single town provinces. But let’s not get ahead of ourselves – rather, start with a few good things. 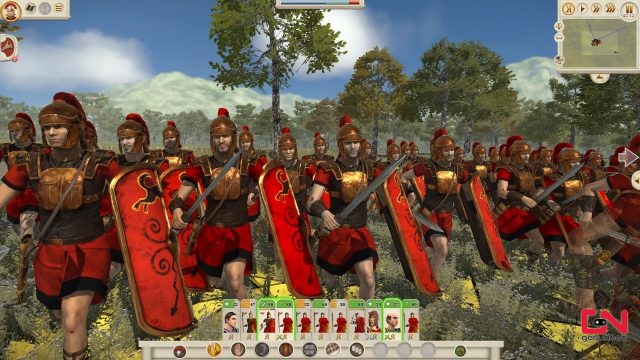 Total War: Rome Remastered is a compilation that consists of a revitalized base game and its two major expansions, Barbarian Invasion and Alexander. You pick the base game or one of those DLCs from the convenient front-end launcher, where you can also tick the box for unlocking factions you previously had to defeat in the campaign mode before you could play them. All three titles offer a grand total of 38 factions, which is the most we ever had the opportunity to play in a single Total War game, augmented with DLC or not. You can even play with some of the empires and tribes that were never meant to be played. There are 16 of them, most of which previously required heavy modding to unlock – this official experience is, of course, more convenient and hassle-free. 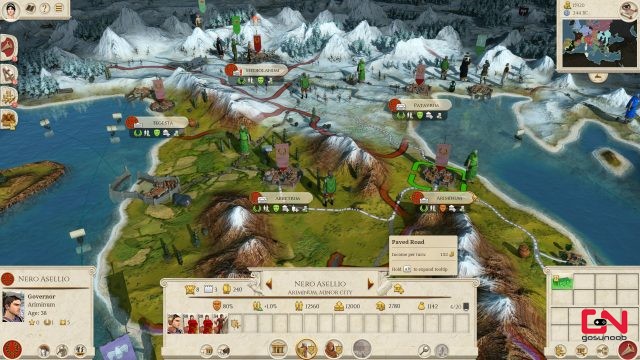 Other quality of life fixes like improved faction summary screens are doubly important if you play with one of three Roman factions with senate mechanics. UI is also improved across the board – cleaner layout and scaling can do wonders for your sanity during extended gameplay sessions. There is a brand new tutorial, and gameplay tips interface for the first-timers, and unit/building wiki is also an integral part of the interface. Compared to 2004. version, this remaster offers a streamlined, more logical, and readable flow of information. If you are into multiplayer, you will be glad to hear that Total War: Rome Remastered supports multiplatform matches, i.e., playing VS Linux or Mac guys, that previously untapped legion of eager barbarians.

All three titles are rebuilt with the same upgraded engine, which supports UHD and widescreen resolutions, hi-res textures, a couple of advanced environmental effects (such as heat haze in tactical battles), the map that can be rotated, and few other visual augments. All of that offer a significant improvement over 2004. version, but at the same time, does little to mask the fact that you play eighteen year old game. The strategy map, for example, is very visibly obsolete compared to Rome II due to lack of geomorphological details, and updated 3D buildings on the tac map are pretty basic, bordering on ugly. Physic in battles is also rudimentary, which is evident in almost cartoonish collisions between infantry and cavalry. Again, Rome II offers much more advanced 3D models, effects, and animation – compared side by side, you would be hard-pressed to find the point of playing this remaster. 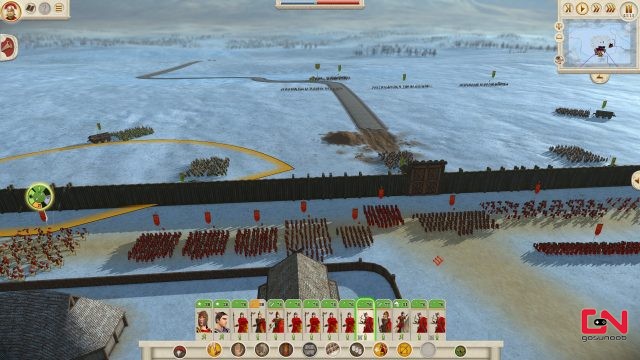 Those visual augments, however pointless, are having a significant side effect regarding loading times. Even of fast PC with the game installed on NVMe M.2 SSD, the transition from the global to tactical map now takes more time compared to Rome II, which is, of course, beyond ridiculous. In some aspects, Total War: Rome Remastered is the bigger performance slog than any modern TW game, including technical masterpieces like Total War: Three Kingdoms or Troy: A Total War Saga. 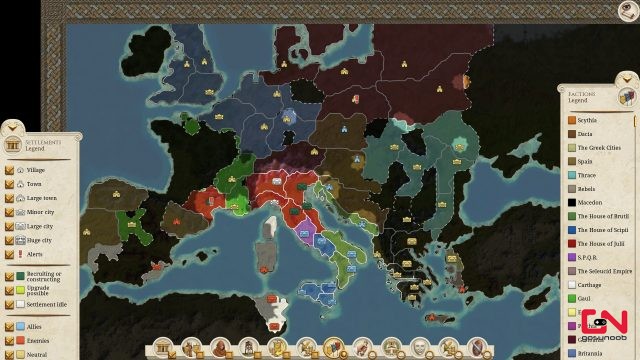 Elements that needed an overhaul even more than GFX were the tactical AI and pathfinding, but it seems that developers completely ignored both. It is far too easy to break any homogenous enemy force using cavalry feints, baiting the infantry to give chase, and obliterating isolated units in a piecemeal fashion. Your units are sometimes even stupider, especially during defensive siege battles – navigating the streets and assuming the position or facing you ordered can be a nightmare, as they bunch up and start idle marching in place, trying to move over untraversable part of the scenery, or scattering all over the place. I ended up auto-resolving most of the defensive battles in the campaign, even if it had cost me some easy victories as I simply couldn’t be arsed to wrestle with the broken pathfinding. 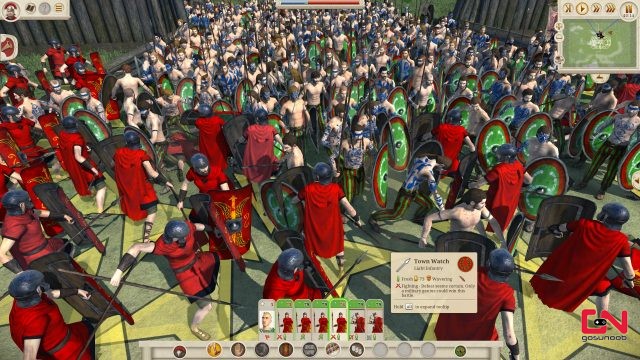 What is the point of this remaster, then? I can’t find any other explanation for the decision to rebuild and re-release Total War: Rome other than greed – maybe the developer had leftover hi-res assets from the porting the game on iOS and Android? Perhaps they figured out that milking the original platform for some extra cash is not the worse idea in the world, knowing that PC gamers as a collective have a very low resistance to nostalgia? In any event, if I were you, I’d pass on this one, even considering the 50% reduced price for the owners of the original game.