The golden eighties were the fertile breeding ground for the indie horror movie scene. Among the many (now) legendary franchises and subgenres, one particular “artistic” niche stood ears and fangs above everything else, at least in a quantitative sense. The legion of werewolf movies, such as Teen Wolf, Howling I-VI, My Mom’s a Werewolf, Full Moon High, The Night of the Werewolf, and many others provided stupid but accessible entertainment for the masses, against the better judgment of older generations who, of course, considered them youth-spoiling trash. Their fears were mostly unsounded – pretty much the only bad thing they inspired was the Twilight movie pentalogy two decades later. Horrid, but a survivable consequence. From the artistic standpoint, most of those movies were indeed junk that often skipped the theatrical release and was distributed solely on VHS. Incidental masterpieces such as An American Werewolf in London (1981) were just a drop in this Pacific garbage patch. 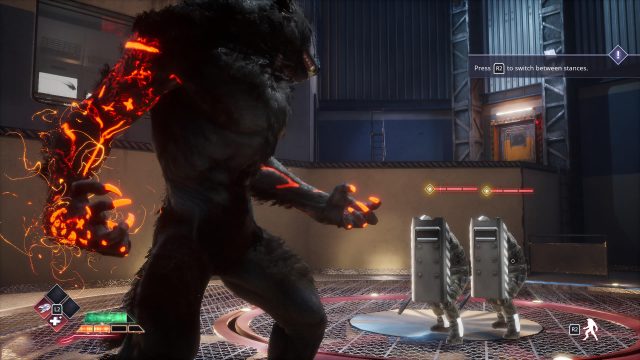 Compared to Werewolf the Apocalypse – Earthblood, a video game from 2021, most of those movies should be considered classic pieces worth of Academy Award. This substandard werewolf themed game is practically devoid of any redeeming qualities whatsoever – lame story, lame gameplay, wooden characters, dated production… Based on the World of Darkness license, the game dabbles in werewolf (or “Garou”) mythology instead of vampire lore found in many WoD titles that came before it. It also tries to send an ecology-conscious message, but it’s soo overwhelmingly ham-fisted that even fans of Greta Thurnberg would lapse in the cringe induced coma.

Earthblood stars Mr. Cahal, Garou, whose Caern (pack) is determined to stop the mighty Enron, an environmentally-challenged corporation that pollutes the earth and represents the physical manifestation of “Wyrm”, malignant supernatural giga-entity which plays the role of the devil in World of Darkness cosmogony. Garou are disciples of the Wyld, polar opposite force that respects nature and seeks to bring balance in the universe. However, for the hammer, every problem is a nail, and a pack of the werewolves couldn’t be expected to engage in shorting the Enron stock on the NASDAQ exchange. Instead, their plan for restoring the balance involves lots of gang-fanging and a bit of stalking. 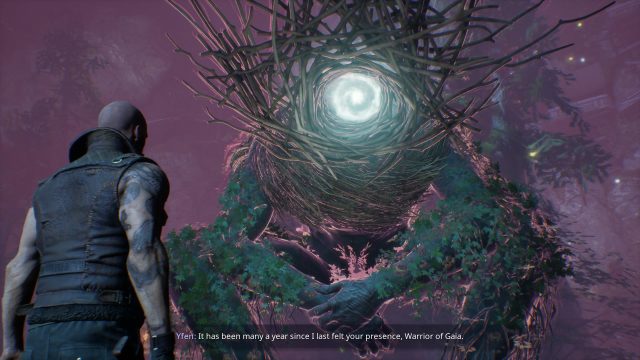 Werewolf the Apocalypse – Earthblood is a third-person action game with semi-developed stealth. Cahal is a versatile werewolf, able to change shapes according to the tactical situation. In default human form, he can competitively sneak, and stealth kill most enemies, either grabbing them from behind or killing them with a crossbow bolt. As a human, he can also hack security systems and interact with the switches in the environment (there are a LOT of buttons in this game). His secondary form is lupine one, much better suited for stealth and the only way of navigating the ventilation shafts.

When stealth fails, and you have to be pretty clumsy to be spotted by brain-dead enemies, Cahal morphs in the bipedal, werewolf form, and the game becomes button-mashing gore-fest with lots of screaming and bodily fluids-squirting-galore. In this form, mayhem is your middle name – you will use different combat stances depending on the type of enemies you face, utilize various combo moves, and other abilities, including very potent self-healing. Sadly, this last one trivializes the whole thing, making the game stupidly easy from start to finish. The ever-present ability to heal almost any amount of wounds is dependant on accumulated rage, which you’ll generate almost faster than you’ll be able to spend it. After prolonged combat, you will earn enough frenzy and enter a brief rampage mode, sorting any amount of leftover enemies with brutal ease. 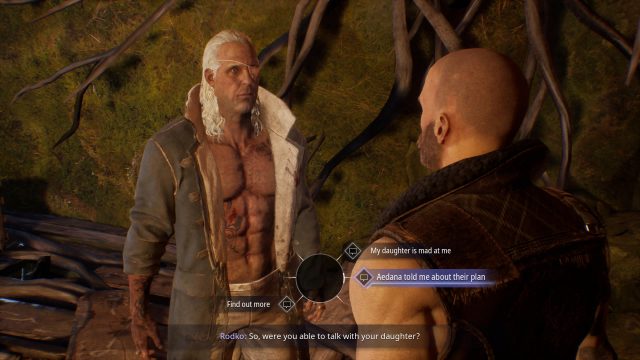 This is a significant problem but pales in comparison with the chief issue – absolute repetitiveness. Almost every mission in the game plays in the precisely same way: you endure a lengthy briefing with the members of your Caern, then you infiltrate the facility X in order to sabotage thingamajig Y. Initially, you’ll try to be covert for the sake of it, but pretty soon boredom will grip you in its steel vice and you’ll start to bite and scratch your way forward. Every mission involves turning of switches that open doors and some automatic hacking for the purpose of disabling locks or turning the cameras off. Can you endure ten hours of that nausea incarnated? We propose a simple test – try to watch Werewolf in a Girls’ Dormitory (Paolo Heuch, 1961), an Italian low budget werewolf movie twice in a row (available for free on Youtube). If you came on the other side of that ordeal with your sanity intact, Earthblood will not harm you, and you might even extrapolate some enjoyment out of it. 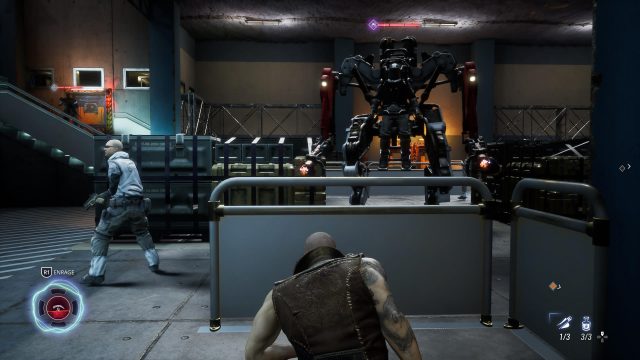 Werewolf the Apocalypse – Earthblood is the game irreversibly stuck in the past, with the aged GFX reminiscent of console titles from at least ten years ago. We really don’t know what were the developers thinking it’s gonna happen when they release the game into the wild… Were they hoping that enough people will be conned to purchase this abysmal, straight to VHS title? Or they were forced to publish it because of some looming financial calamity they were trying to avoid? Maybe they were tasked by the global lycanthropic cabal to develop and promote the game which portrays the werewolves in a positive light? We don’t have answers to either of those questions.