If you don’t know where to find the Prison Cell Key in Sea of Thieves Season 6, you are not alone. Sea of Thieves Season 6 is finally here and it has arrived stacked with new content. One of the highlights of Season 6 is the ability to raid Sea Forts. There are six haunted Sea Forts in total, each with its own theme, rewards, and enemies. They are shrouded in many mysteries, but the biggest mystery for players is the Sea of Thieves Prison Cell Key location in Sea Forts. Read on to learn what we know about it. 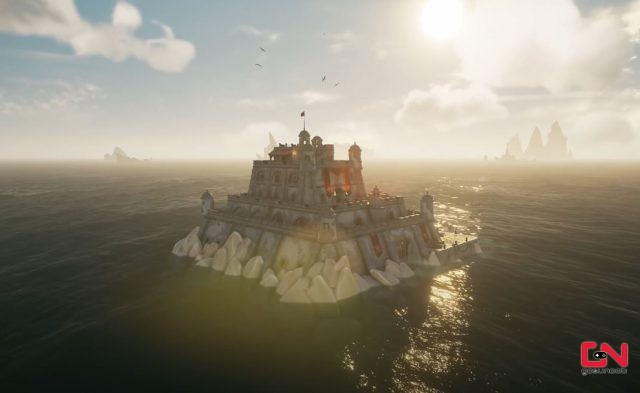 Where to find Sea Fort Prison Cell Key in Sea of Thieves?

We will not beat around the bush, rather we will be straightforward with you – no one still knows where is the Prison Cell Key for the Sea Fort. Players encounter the locked Prison Cell at a Sea Fort’s cellar. Upon examination of the cell, it seems that there’s no other way inside rather than through the locked door. But when we try to interact with the door, it says “Prison Cell Key needed to open.” But where is it? We know that the boss phantom drops the treasury key, and we know where to find a storage key. But the jail key is nowhere to be found.

For now, there is only one theory about this locked prison room. And according to that theory, we are not yet supposed to find the Prison Cell Key. Many players believe, and we agree with them, that the key is simply unavailable at the moment. We haven’t had a new Sea of Thieves adventure for quite a while. That means that the next adventure is just around the corner. And this locked Prison Cell along with the missing key will be a part of the next adventure. So, unless someone finds the key in the meantime (in which case we will update the article), simply don’t waste your time searching for the key. It’s not there yet, the locked doors are only there to bamboozle us.