NOTE: This guide is a work in progress. We’ll be sure to keep updating it further as we discover more Divine Confetti locations.

Where to Find Divine Confetti Locations in Sekiro Ashina Outskirts?

To find Divine Confetti in Sekiro, there are a number of locations to search. One such location is in Ashina Outskirts, near the large, collapsed bridge, not far from where you fight General Tenzeb Yamauchi. From the bridge, round the corner on the right, and head down that path. Look to your left, and you’ll find a small gaggle of monuments, that I assume might be gravestones. Among them is a glowing bag containing Divine Confetti. Interestingly enough, this is on the road towards the Headless boss, which we’ll discuss at the end of this guide.

The first Divine Confetti location we’ve found in this area is the Hirata Estate Main Hall idol, not far from where you end up fighting Juzou the Drunkard. It’s in the long building; the one that is relatively undamaged by the blazing inferno. Clear out the enemies and go through the central doors. You’ll spot a glowing bag over to the corner, and that’s where the Confetti are.

After defeating Juzou the Drunkard and his minions, explore the nearby large house. Go left from the entrance, and follow the hallway until you come across a dead end with a painting. Hug that wall in order to reveal a secret area. Go left, follow the hallway, and enter the room on the right. The bag of Divine Confetti is next to the left wall, behind some bookshelves. Incidentally, you can also find a chest with a Prayer Bead in this hidden section.

Sekiro Sunken Valley Divine Confetti – How to Get?

To get the first Divine Confetti in the Sunken Valley zone, go downhill from the Gun Fort Sculptor’s Idol. In a small room below, you’ll fight a ferocious boss called Long-arm Centipede Giraffe. I couldn’t make that up if I tried. After the battle, hop into the hole to the left of the statue. Head through the cave, keeping to the left, until you come across a huge chasm. To the left and way above you, there’s a platform you can grapple to. Look behind you, and grapple onto the next platform, then once more, to a red-lit ledge. Go left into the passage, and climb up onto the higher platform. Voila, a bag of Divine Confetti.

How to buy Divine Confetti

Once you defeat Corrupted Monk, the first boss in Divine Realm, you will get a key item – Dragon’s Tally Board. You can use it to increases the stocks that can be purchased in merchants’ shops.

A tally board carved from a large piece of jade. Possessing this increases the stocks that can be purchased in merchants’ shops. Such a tally board is highly prized by the merchant class. Old custom dictates that those of dragon rank are recognized as supreme merchants by the imperial palace, and should be given the best possible treatment. 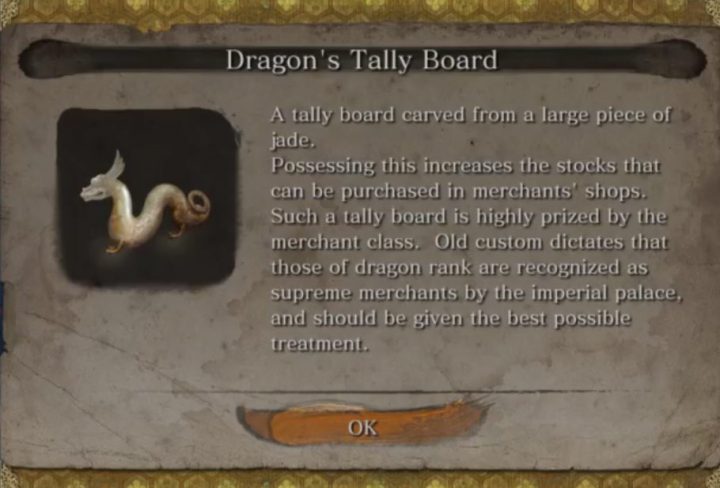 Headless mini boss in Sekiro: Shadows Die Twice is an example of an apparition-type enemy. They’re basically ghosts, but can still hurt you quite a lot. Now, the description of Divine Confetti mentions that you can use them to banish apparitions, but that’s only a part of the whole picture. See, using the Divine Confetti actually lets you deal significantly more damage to apparitions, and that goes for the Headless, as well.

So, yeah, no joke: without using Divine Confetti, battles against enemies such as the Headless becomes a nigh-unmanageable nightmare. Also, the effects wear off after a while. So, you’ll have to choose the moment to reapply it very carefully, so that you don’t end up leaving yourself wide open. Ideally, this would be just after you deliver a death blow, while the enemy is staggered. That way, you can safely prolong the effect of the Divine Confetti, and basically make the fight winnable.