Sekiro: Shadows Die Twice had an extremely successful year. The game sold a bunch of copies; it was named Game of the Year at the 2019 Game Awards and it also received the same honors in many other GOTY lists. And now the game received Steam GOTY award. Rightfully so. While the game isn’t for everyone its worldbuilding, storytelling, artistic design, and robust combat system are all of stellar quality. And even if you don’t like it, you simply have to respect it. Runners up include Resident Evil 2 Remake, Devil May Cry 5, Jedi Fallen Order, and Destiny 2: Shadowkeep. Voting took place over the better part of December and aside from the GOTY, Steam awards include seven other categories. 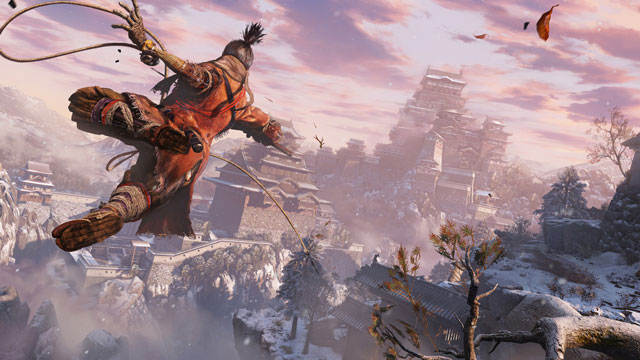 Sekiro: Shadows Die Twice is Steam GOTY – here are the winners in other categories

The best VR title of 2019 is Beat Saber. It had no real competition; the game’s brilliant and a perfect showcase of VR gaming at its finest. Finalists include Borderlands VR and Blade of Sorcery. It’s a shame Boneworks got released in December because we’re sure it would end up at least among the top five. GTA V won the Labor of Love reward, awarded for games that were released years ago but still receive new content on a regular basis. To be honest, we would like if the award went to Warframe or Rainbow Six: Siege, both of which ended among the top five.

Better With Friends award (the name says it all) went to DayZ. It seems developers really did improve the game since the last time we heard about it, it was still a buggy mess. Most Innovative Gameplay didn’t go to Sekiro: Shadows Die Twice. No, this accolade was awarded to My Friend Pedro. Well deserved, but if Baba is You or Slay the Spire got it we also wouldn’t mind. Another title that definitely deserved its award was A Plague Tale: Innocence. The game got the Outstanding Story-Rich Game award. Disco Elysium came second (it would be cool if Steam gave the award to both games). Finalists include some questionable choices such as Gears 5 (solid story but far from best of the year) and Far Cry: New Darn. And finally, the Best Game You Suck at went to Mortal Kombat 11. No complaints here.