In a new post on the official Star Wars: Battlefront blog, EA have revealed new details about Boba Fett, a playable Villain. They talk about his weapons and abilities, and how he fits into the battles. 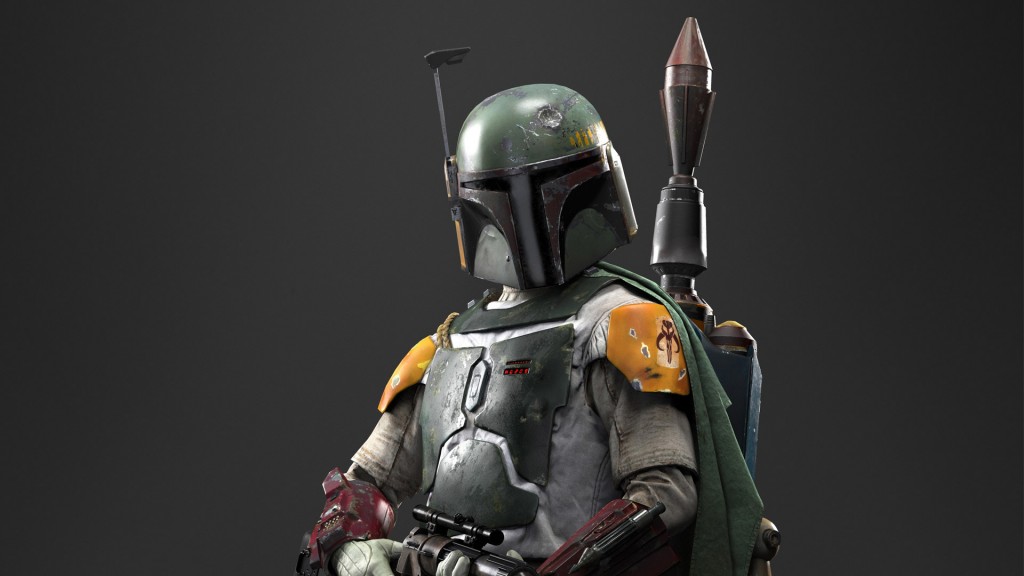 As far as equipment is concerned, he’ll have a blaster rifle and two wrist launchers. One will fire rockets, while the other will be a compact flamethrower, meant for close quarter situations.

Fighting against Boba will be all about predicting his movement and where he’s going to land next. Hitting him while he’s airborne will be difficult, so you’ll have to guess how much fuel he’s got and when he’s going to drop down to resupply.

We’ll get the chance to try him out on November 17th, which is when Star Wars: Battlefront comes out on PC, Playstation 4 and Xbox One.