Sony and EA have announced two different bundles containing Star Wars: Battlefront and the Playstation 4 console. Both are available for preorder now, and both include several previous Star Wars games as well. 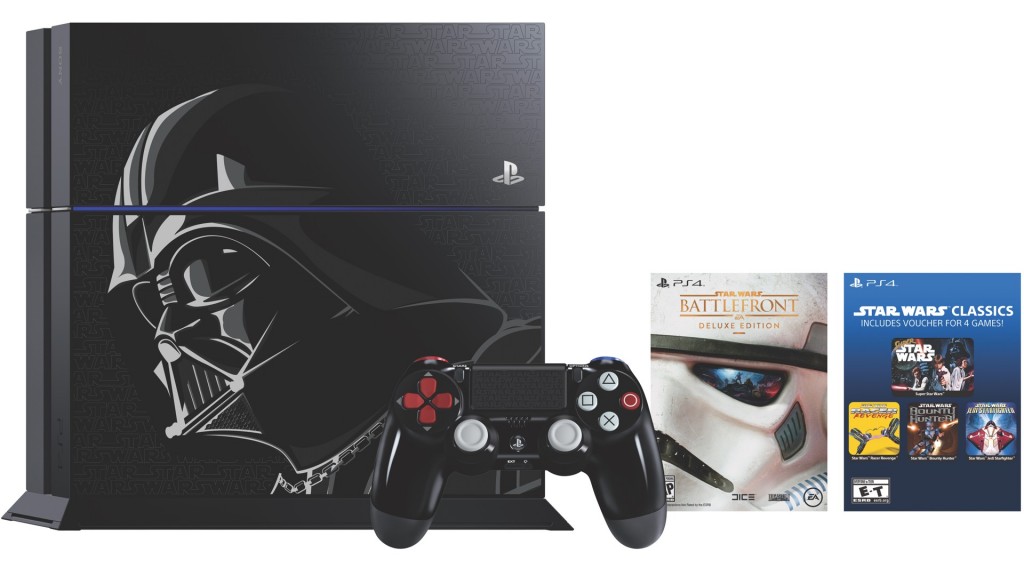 Both bundles include a PS4 console, a copy of the game and PSN vouchers for Super Star Wars, Star Wars: Racer Revenge, Star Wars: Jedi Starfighter and Star Wars: Bounty Hunter.
▼Article Continues Below▼
They both come with one Dualshock controller and 500GB of space.

The limited edition console will be reskined, featuring the face of Darth Vader and a redesigned controller, with a glossy finish and a combination of grey and red buttons. The limited edition bundle also comes with the Deluxe version of the game, and costs $450.

The standard edition bunle contains a standard Playstation 4, with the regular edition of the game. It costs $400.

Both can already be preordered, and will be released on the launch day of the game, which is November 17th.