Australian fires, the COVID-19 pandemic, economic collapse, murder hornets, street riots, the drums of World War III… The greatest game of tug-o-war ever presented in the form of a calendar year just entered half-time, but instead of hot dogs and cheerleaders, we are taking a breather with an ultra-stressful game of post-apocalyptic, bloody vengeance. How far can we go on before everything turns into one big, feral AAAAARGH? 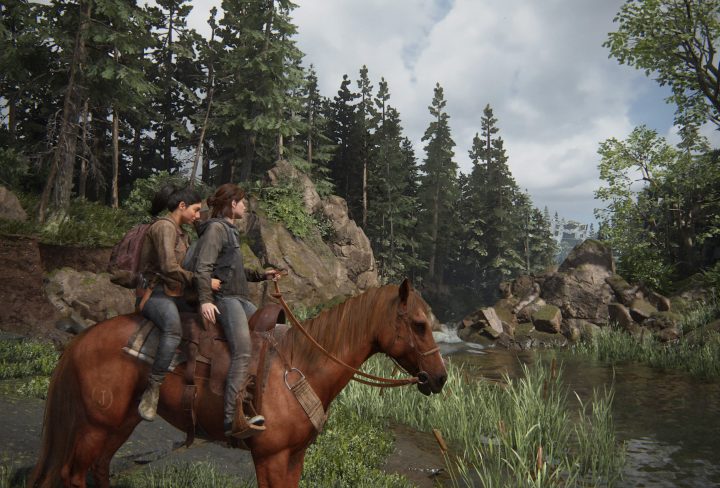 You will be searching for the answer to that question in The Last of Us Part II, a PlayStation 4 exclusive and the follow up to one of best games of the previous console generation. Like Star Wars Episode VI, The Last of Us had a perfect ending, bittersweet but full of hope and promise for the future. Any sequels to those stories were pretty much required to be about crashing, pain and ruin, otherwise there wouldn’t be any meaningful plots to un-weave. And they are like that. Thankfully, TloU Part II deals with the Bad (with a capital B) with far more grace and substance than the hapless Star Wars, choked to death by factors too numerous to mention. 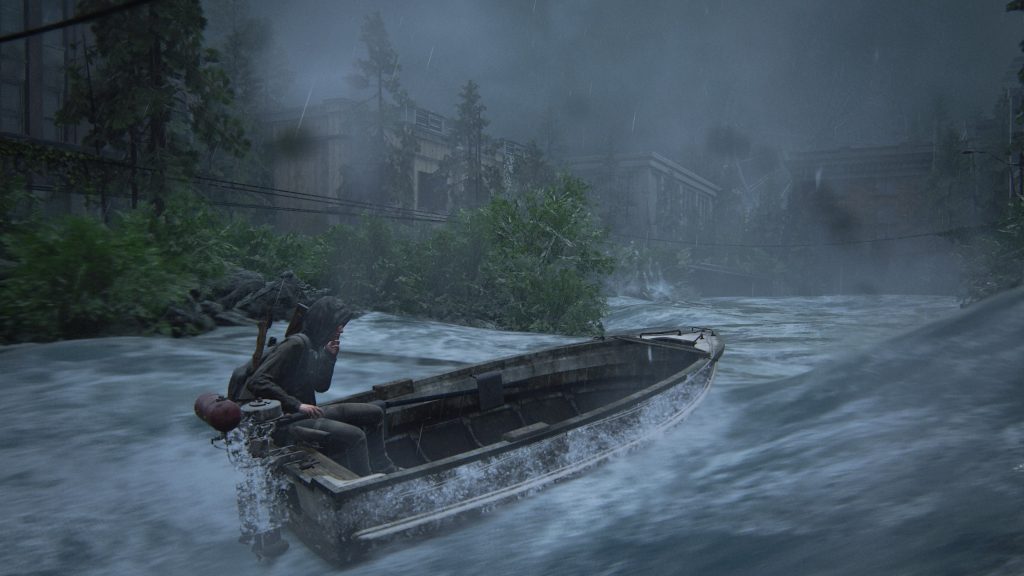 The Last of Us Part II starts slowly, but escalates rapidly. For the last four years, Ellie and Joel have been residing in Jackson, Wyoming, a thriving walled community which was very successful in weathering the storms of a post-apocalyptic world full of roaming infected and aggressive militias. But the past has a tendency of catching up with everyone… From this point on, we must resort to several minor (and one major) spoilers, lest we wish to speak in riddles and innuendo nobody wants. If you want a clean TloU Part II experience, we suggest you skip this part and resume reading after the big “spoilers end here” sign.

If you, like everyone else, have watched any official trailers or gameplay reveals in the past few years, you can pretty much guess what Part II is all about. Hell, you could probably see it from orbit after that vicious leak from a couple of months ago… Joel gets murdered and Ellie goes off the rails in pursuit of the people who did it. The culprits are the remains of the Fireflies, a fringe group of scientists and survivalists who tried to develop a vaccine and save the world. Those survivors are now a part of the Washington Liberation Front (WLF), an organized and very well armed paramilitary organization, and they have a very big chip on their shoulder. Joel’s executor, Abby, is their ace operative – she is also the only daughter of the scientist that was ready to perform the fatal operation on Ellie. She avenged her father in blood, without flinching – in her mind, justice was served. What about our minds? Maybe we understand that one man’s love for his surrogate daughter was greater than his love for this fallen world, so he acted the only way he could? 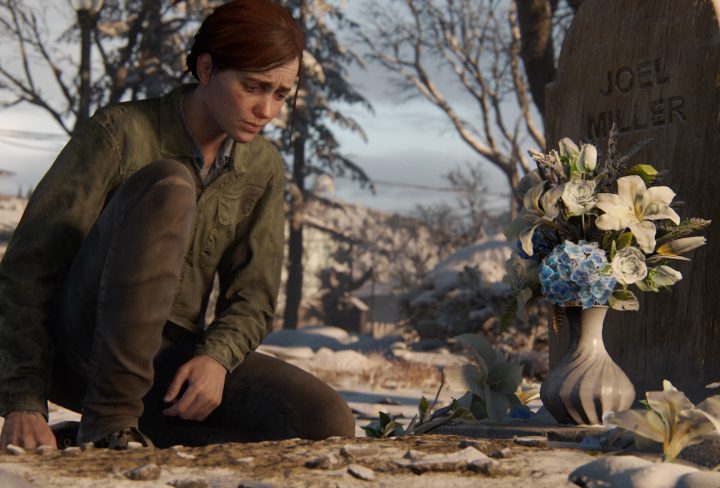 No matter your perspective on the deed that lead to this, you will get to experience both side of this painful drama. That’s right, you will get no gradual release from pain as your vendetta progresses, you will be required to see the situation from the other side of the proverbial coin of vengeance. Leaving Ellie (not permanently, of course) and taking over Abby in the middle of the campaign was a VERY bold move, mostly because of all the emotions you had invested in her by that point. You will be angry at first, but you will eventually recognize the necessity of that major twist. Don’t worry, you will still get the ending you didn’t expect.

The Last of Us Part II is a super violent game in which explicit maiming and cruel executions are the norm. You may say: “violence, shmiolence, I’ve probably seen worse” – we sincerely doubt it. The superb quality of the pacing, acting and world building make you invested in the characters and their fates, so every “radical” event has a significant effect on your feelings, which are a major driving factor in this game.

TloU Part II is structured pretty much the same as the previous game, mixing several open world areas with fairly linear, goal-oriented segments. From a purely technical standpoint, this is a Hollywood-quality masterpiece, with superb writing and even better acting. After Joel’s death, almost everything you experience is unnerving, so this is definitely not the game to play if you are in a bad place for any reason. 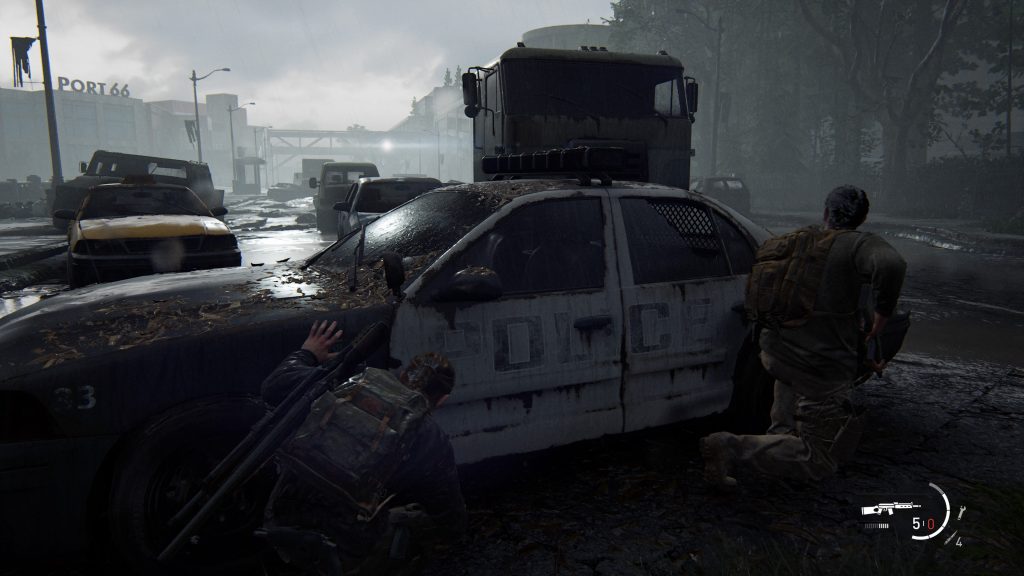 Terrific combat is the “meat” of the game. Human enemies, no matter how well armed, are much less of a threat than the numerous infected. You will face the same types as in the previous game, with a few surprises near the mid and end game. Playing as Ellie, you’ll get the benefit of an unbreakable shiv, which allows for stealth kills without using up resources. As long as you don’t break stealth, of course. Armed combat is as messy an affair as before, mostly because once bullets star flying, enemies tend to pour from unexpected angles. This is a major factor when fighting infected, since they rush blindly and can kill you instantly (clickers). Depending on the difficulty level, resources can be scarce or abundant, so if you are mainly interested in the story (and collectibles), you should definitely play on easy.

The Last of Us 2 Zombie Apocalypse

Maybe we have time for one big side note? An interesting and rarely discussed element or The Last of Us games is the nature of the catastrophe that befell their world. If you start thinking about it, a FUNGAL zombie apocalypse feels significantly more believable than a VIRAL zombie apocalypse. Please bear with us while we discuss pseudo-scientific intricacies… Viral zombies are rotting undead, with muscles that contract and a brain that has blood flow even after the rot had taken hold of the entirety of their bodies. They have appetite even if they don’t have functional digestive tracts, they roar and moan with rotten, punctured lungs, they survive for years without any sustenance, etc. None of that makes even the slightest sense. On the other hand, TLoU “zombies” are living hybrids of human and mushroom, suffering from an ailment that spreads via spores; they thrive in dark and cold environments (like, you guessed it, mushrooms), and they grow and evolve over the years, existing in some sort of “light” hibernation until provoked by intrusions into their habitat. One can buy this fiction with far less “but whys” than standard undead zombie genre claptrap. 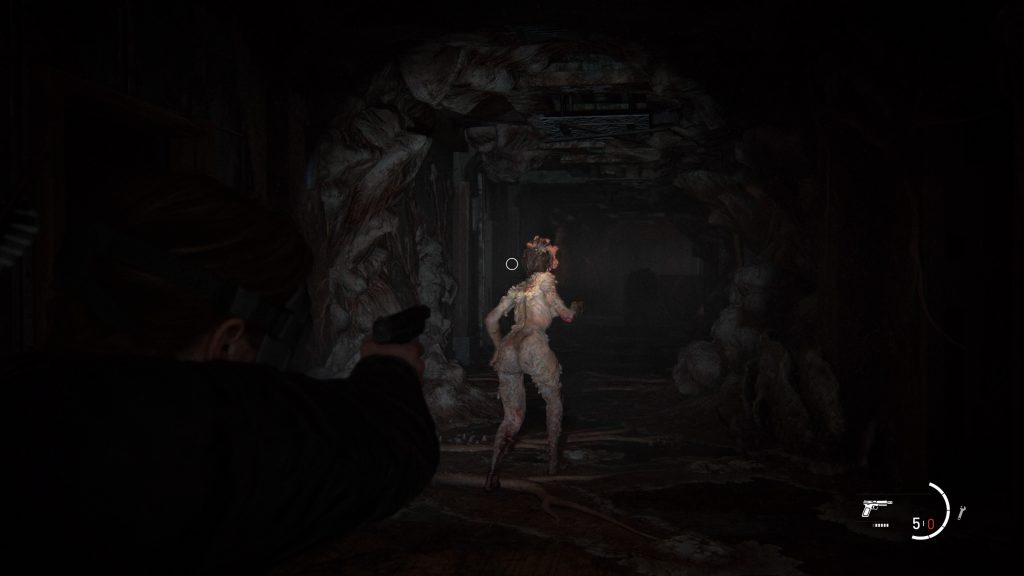 The Last of Us Part II is a perfect sign of the times, a beautiful, depressing game for a depressing and very ugly year. You will not find any catharsis here, no silver lining after the mountain of suffering and violent nihilism, but you will never forget the story of Ellie and Abby. That we can pretty much guarantee. If “The Man who Sold the World“ by the immortal David Bowie was a game instead of a song, it would be this one.

Review platform: PS4
Editor-in-Chief Note: The Last of Us Part II is not a game for everyone. The abundance of violence and unapologetic approach to the story it wants to tell will not sit good with everyone, or even most people. Our review policy states that we will grade games based on the percentage of people that we think will like the game. Our belief is that every person that plays the game will have its own take on it and we feel it is impossible to give a fair assessment that will properly tell the readers of this review whether they will most certainly like the game or not. That is why, in this case, we choose not to give a review score.
(read our Review Policy for clarification)