If you need a bit of fuel to hype the Uncharted: The Lost Legacy train, say no more – there is a new extended gameplay trailer. In the ten minute trailer, we get to see some of the story and setting elements. Our two girls try to enjoy the scenery, but the baddie Asav won’t let that happens.

At the start of the trailer, we can see the game’s main protagonist Chloe Frazer on top of one of a mountain peak. It feels like this is really close to the start of the game. She is not alone; Nadine Ross is also there. Chloe is the new lead character, and she’s made her appearances in the Uncharted 2 and 3, while Nadine Ross was introduced to the player base in the previous title.

The setting that you can gaze upon in this trailer is located on the south-western coast of the Indian peninsula. It is the home of the former Hoysala Empire, where we are set on a search to recover the legendary golden Tusk of Ganesh, an ancient Indian artifact. It features a mix of jungle, urban areas and ancient ruins. 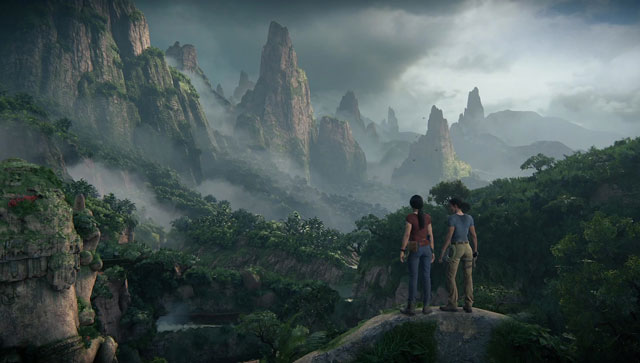 The Nadine and Chloe combo is rather appealing. We can see them working together quite fine. The combat sections that come shortly after the start remind me heavily of Thief’s End. The dynamic combat and the urge to keep on moving is something that always feels like a good time-sinking method. Chloe and Nadine have to fight their way through in order to survive.

The combat sequence ends as they find an entrance to a temple. The peaceful period doesn’t last for long, as they eventually get caught by the main antagonist Asav. He is an Indian rebel leader and a ruthless war profiteer. The eye of Shiva relic Chloe had in her possession is something that will make Asav happy for sure.

This is not the first gameplay trailer we’ve been able to see. Back in December 2016, Chloe was showing off her skills in an announcement trailer.

Uncharted: The Lost Legacy is a new adventure game coming from Naughty Dog on August 22nd to PlayStation 4, and it will cost $40.

NEXT POSTFinal Fantasy XIV Having Trouble with DDoS Attacks