Looking for Valheim’s release date on Xbox Game Pass? The popular survival RPG is finally coming to console, as it was announced during the extended Xbox Bethesda Games Showcase in June 2022. Fans of the charming Viking sandbox game will have a chance to play the game on both Xbox Series X/S and Xbox One. Not only that, but Valheim will also be available for Game Pass subscribers on both PC and console. Read on to learn when is Valheim coming to Xbox Series X/S, Xbox One, and Game Pass. 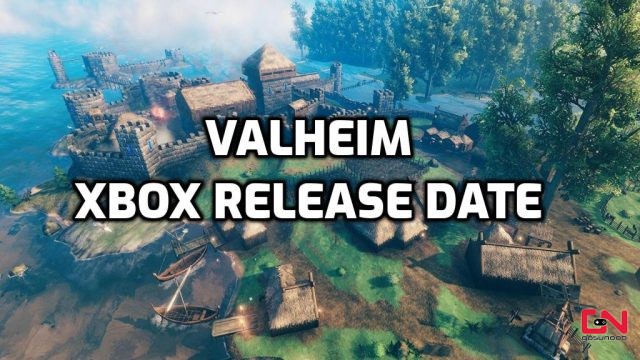 To the delight of Xbox owners and Viking aficionados, developer Iron Gate AB and publisher Coffee Stain Publishing have finally confirmed that Valheim is set to release on Xbox consoles. This was revealed during Microsoft’s extended “non-E3” show this year. Iron Gate AB provided a release window for both the game’s release on Game Pass for PC and later on the Xbox family of consoles.

According to the announcement, Valheim will become available for Game Pass on PC in Fall 2021. Astronomical Autumn is between September 22nd and December 21st. Thus, that’s when we can expect Valheim to launch on Game Pass for PC. As with all games available on this subscription service, this also means that Valheim will release on Microsoft Store.

When it comes to the console release, we will have to wait a little bit longer for that one. Releasing a game on another PC store is one thing, but porting it to a console requires much more effort. Nonetheless, we will not need to wait too long for that one. The release date window provided for console release is “early spring 2023”. Thus, we expect the game to launch somewhere in late March or early April of 2023 on Xbox Series X/S and Xbox One.

Although, keep in mind that game porting can often be a tricky task, with numerous unexpected issues. Thus, don’t be surprised if they push the console release to a later date. The good news is that the work on the port is completely outsourced. This means that there’s a dedicated and experienced studio working on it. On the other hand, it also means that Iron Gate AB still only working on finishing the main game and adding new content.