Watch Dogs Legion photograph evidence is an important activity marked with a red icon that helps free London districts. To photograph evidence in the City of London you will have to figure out how to reach the red icon bellow the ground. It took a while to figure out this puzzle and it is important if you want to get your hands on the Beekeeper operative. There’s also the whole “free London of oppression” thing, but I think good operatives take precedence. Red icons on the Watch Dogs Legion map represent special tasks you have to do to free London’s in-game boroughs from Albion propaganda. Freeing each rewards you with a special operative and reveals the location of all tech points in that region. This photograph evidence task in the City of London borough I found a bit challenging. I hope this guide will help those of you that had the same amount of trouble. 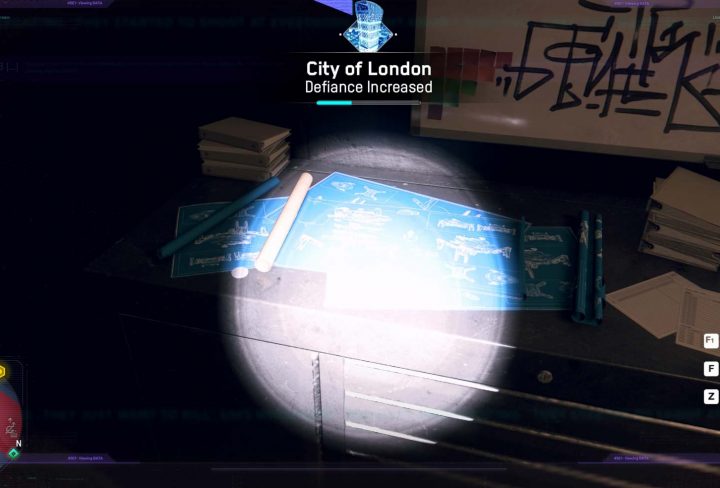 How to reach the Watch Dogs Legion photograph evidence underground red icon in the City of London?

I scoured the areas around where the red icon for Watch Dogs Legion photograph evidence is in the City of London borough, but I couldn’t find any sort of underground passage, and the icon was clearly bellow ground. What you need to do is notice the news truck a few meters south of the red icon. There’s a news crew there and a drone hovering above them. Hold middle mouse button on the drone or L1 on PS4/XboX. This gives you hacking options and one of them should be to hijack the drone. Right next to the drone is a ventilation shaft with red grating that has a hole punched in it. Drive the drone through it and you will enter the underground where evidence you need to photograph is at.

How to Photograph Evidence?

Every news drone in the game is equipped with a camera and to activate it and photograph evidence you have to change to the first person camera by pressing Z on PC or down on d-pad for PS4/XBox. Once in first person mode press F on PC to take a photo or X on PS4 or A on XBox. To actually photograph the evidence in the City of London drive your drone down the ventilation shaft and around the corner until you reach a locked door. Evidence is in the room behind it. To reach it look up and to the right of the door. There is another opening in the ventilation there. Drive your drone through it and you will reach the locked room. Once inside go to first person drone camera and take a photo of the blueprints on the desk. You will know it is time to take a picture when it says Target in view in first person mode.

Turns out the photographed evidence is schematics for an advanced drone system. Albion calls it Gog OS. Bagley promises to study the schematics and see if Albion might have forgotten something. Left some exploitable weakness perhaps? The real reward for you is that you are one step closer to a free London. Lets not forget the awesome Beekeeper operative you will get as well. I hope this Watch Dogs Legion Photograph Evidence guide helped make your lives a bit easier. In turn you could check out this video about how to get a Video Game Designer we’ve uploaded to our Youtube channel.