The strategy layer of XCOM 2 partly consists of building facilities in your base and researching technologies. Both of these actions will allow you to buy better equipment, train your troops harder and perform better on the battlefield. There are certain buildings and techs that are more useful than others and should be prioritized early on in the game. This guide will show you what to build and research first in XCOM 2.

What to build first in XCOM 2

The first thing you’ll want to build is a Guerilla Training School. This is where you’ll get to buy “tactics” – upgrades like increasing the squad size. All of the tactics provide great bonuses, but having another soldier or two on your squad is essential. 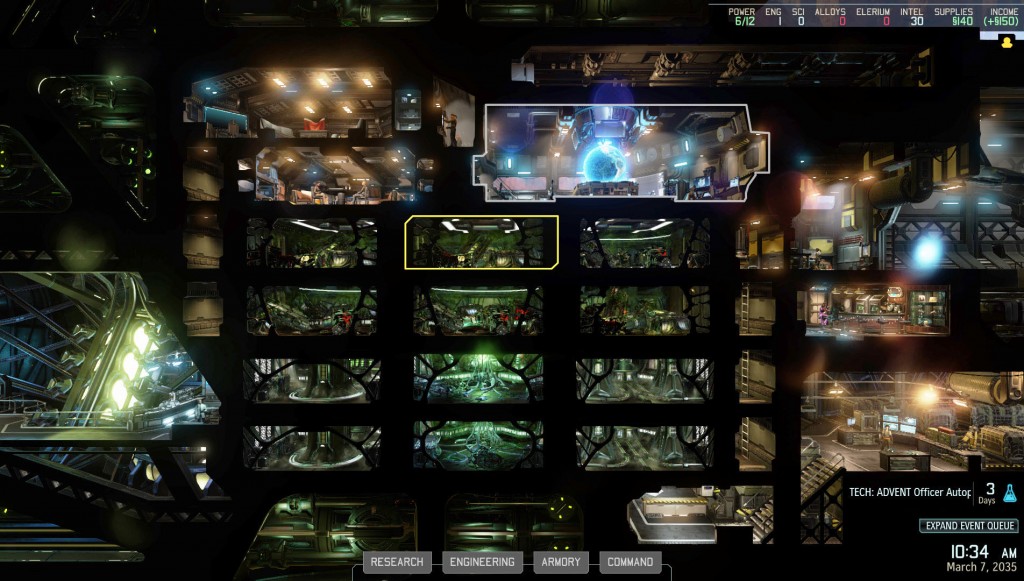 Soon after you start expanding, you’ll use up all your power (you start with only 6 extra power available), so you’ll need a Power Generator. As for the facilities themselves, you’ll want to build a Proving Grounds, which lets you upgrade and make new gear, grenades and specialized ammo types. Either that, or the Advanced Warfare Center, which has a chance to randomly assign an extra perk to soldiers when they level up. Which one you’ll choose should depend on how much trouble the game is giving you. The former allows for an almost instant boost in power, while the latter is a long-term investment.

You’ll need more engineers to expand your base – build a workshop in the center of the map (2nd row, 2nd column), assign a single engineer to it, then make him build two gremlins. Both of them can be used to staff additional facilities if they’re next to the first one. This will be of great help early on, when you still don’t have quite enough staff.

Of course, you’ll need to build Resistance Comms, in order to attract new people, talk to cells around the world and get tips regarding the aliens’ plans.

Researching technologies will unlock new items for purchase, new facilities for building and more. In order to follow the build order laid out above, you’ll need to develop certain techs first.

Your first choice will be between better armor and better weapons. We advise focusing on Modular Weaponry, which will allow you to put stuff you take from the battlefield onto your guns. More damage isn’t necessarily better than more armor, but not getting shot at all should be your primary concern.

The game will press you to do research Alien Biotech – it will be one of your objectives. This will unlock Officer Autopsy, which you should also perform. Both of them will allow you to build important facilities. From there, you should go for Resistance Communications. It will allow you to grow your network of freedom fighters more quickly.

NEXT POSTHow to Unlock Hero Characters in XCOM 2