Gang War is a conquest activity in Assassin’s Creed Syndicate. It is the final activity that must be completed in order to conquer a territory. Once you’ve completed the previous activities, you’ll be given the option to engage in a war with the gang that is currently controlling the territory you wish to take. In this guide we’ll show you all Gang Wars in AC: Syndicate, their starting locations and rewards. 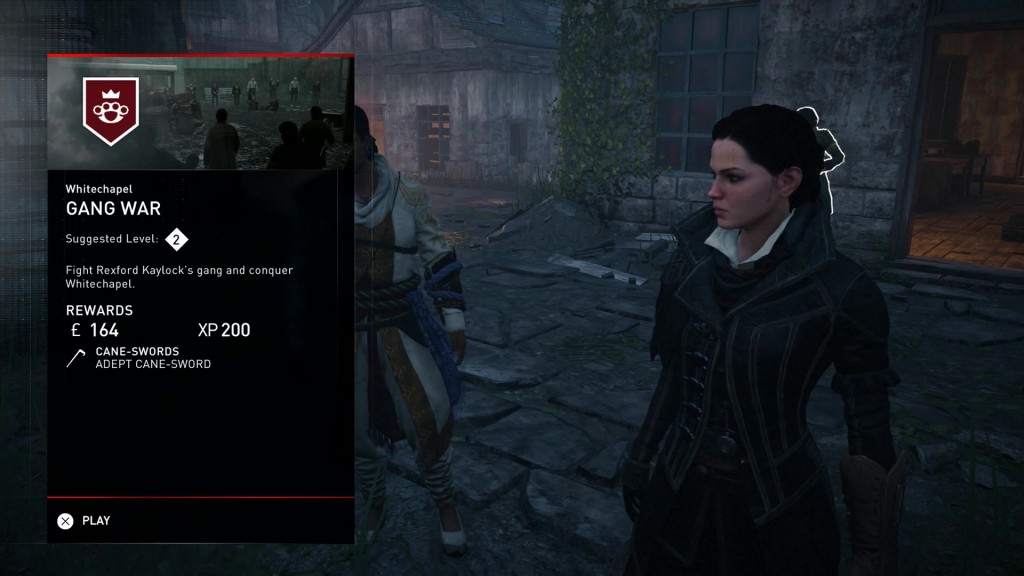 Every Gang War consists of two parts. In the first, you and your gang members need to eliminate a number of Blighters. In the second, you have to kill the leader of the enemy gang, who will be helped by several of his fellow gang members. Once you’ve killed them, the territory in question will be yours. Each of the areas in the game has its own Gang War activity.

The Kaylock fight starts with a 10v10 brawl with the Blighters. When you’ve taken care of them, you’ll fight the man himself on top of a moving train.