Unique Crafting Materials are special ingredients that are used when crafting some of the best items in Assassin’s Creed Syndicate. They are located either in Locked Chests scattered throughout various London districts or can be obtained as rewards from improving your loyalty with your associates or as rewards for some missions. Guide bellow will list all the Unique Crafting ingredients as well as their locations, so you can track that one thing missing for the awesome item you wanted to craft. There is also a way for you to get all the Unique materials by purchasing Unique Materials Pack for 750 Helix credits in the game’s E-store (in the Unlock Crafting Plans section), but why spend precious currency when we’ll show you with screenshots how to get stuff for free. 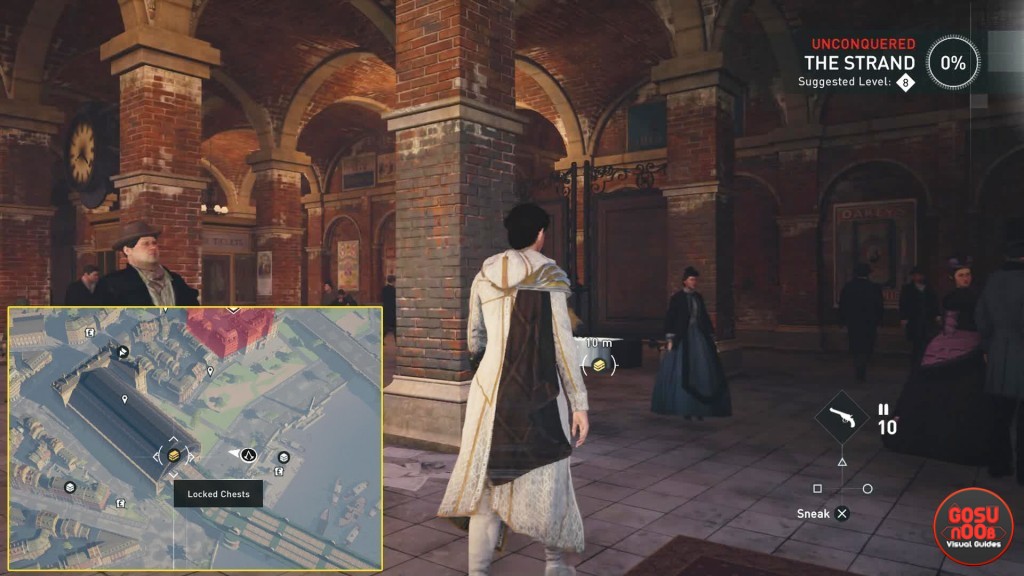 Wabar Pearl is found inside a locked chest in The Strand district, inside Charing Cross station. The chest is in the hall, near the entrance.

Found in The Strand district inside a locked chest. From the National Gallery’s garden go down into the sewers andgo right, take the second left, then left and left again.

You will have to reach the WW1 area of the game. After you complete enough of the main story World War 1 section becomes available through a portal. In that area you will find two locked chests and one of them contains this material. Thanks to Scott for leaving a comment in this article informing us about it.

Visit the Thames zone to find Sea Silk inside a locked chest. Chest is found on the same boat where a fight club takes place and a viewpoint can be found (middle of the Thames district).

Inside a locked chest in the Westminster area.

In the Southwark district go to the easternmost viewpoint. Travel a bit northeast from there until you reach a warehouse marked on the map. You’ll find a locked chest there with Rhodium inside.

This unique crafting material is a reward for completing the mission A Struggle For Existence, which is part of the Charles Darwin Memories series of missions. It is required as crafting material for Legendary Assassin Belt.

Find a locked chest in Lambeth to obtain this material. Chest is inside the central tower of the building shown in the image. You will have to climb up on the rooftop to access the back side of the tower, where you’ll find the entrance. Once inside drop down to the platform holding the chest.

Also found in Lambeth district (western part of it close to the viewpoint there). Check out the image to the left for map and location reference.

Obtained as reward for reaching level 1 reputation with Ned Wynert

Obtained as reward for reaching level 2 reputation with Ned Wynert

Found inside a chest in the Westminster district. Chest is in the middle of the corridor that goes along the southeastern side of Buckingham Palace. Image shows both the map and chest’s location.