Weapons in AC: Syndicate come in three types: Kukris, Cane-swords, and Brass Knuckles. Jacob and Evie also have Firearms and Gauntlets at their disposal, but these aren’t considered core weapons. In this guide we’ll show you all the Weapons in Assassin’s Creed Syndicate, and tell you what each type is best used for. 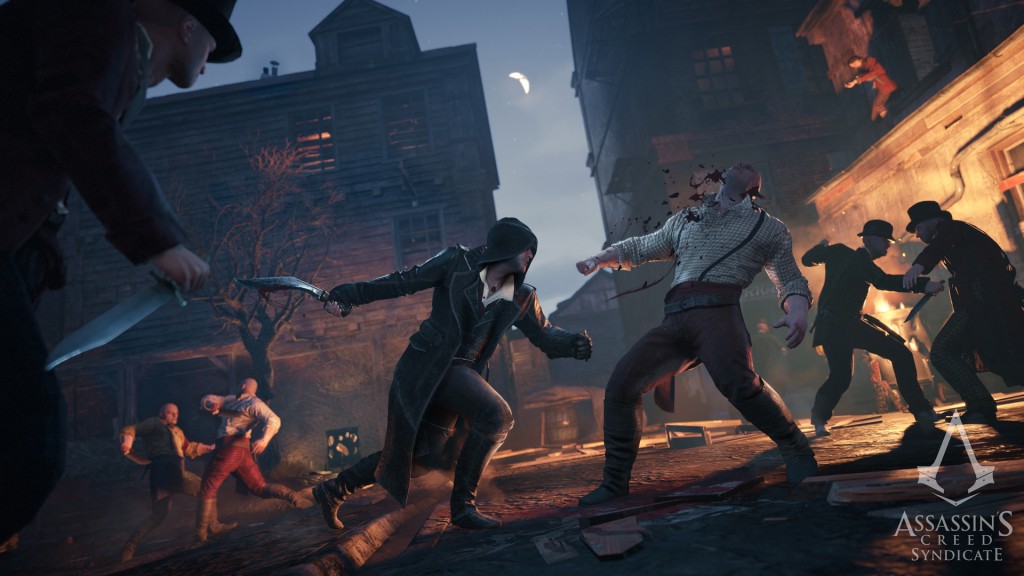 Kukris have the greatest attack and damage of the three types of weapons, and are therefore best used in situations where you do not want to leave your enemies alive. Some of them can be bought, others have to be crafted, while a few must be earned by doing specific missions. To view a list of all the Kukris in the game, visit our dedicated Kukri guide.

Cane-swords are best used to stun enemies, though their attack is also not to be underestimated. They are not very lethal, however, so you should use them when you need your enemies stunned, not killed. Like the Kukris, Cane-swords can be bought, crafted, or acquired as rewards for certain missions. We have a detailed list of all the Cane-swords in the game in our dedicated Cane-sword guide.

Brass Knuckles are slightly more lethal than Cane-swords, but significantly less than Kukris. They have roughly the same attack as Cane-swords but lack their Stun damage. However, you can deal faster blows with Knuckles than with the other two types of weapons, making you quicker and more agile in combat – something that is extremely important when dealing with multiple enemies. Depending on the type of Knuckle, you can buy them from merchants, craft them yourself, or get them in specific missions. To check out all the Brass Knuckles in the game, see our detailed Brass Knuckles guide.

Firearms come in different shapes and sizes, from long revolvers to compact pistols. They are especially useful when you need to kill someone from a distance. Firearms can be bought, crafted, or won in missions. We’ve prepared a detailed list of all the firearms in the game in our dedicated Firearms guide.

Gauntlets, with their retractable blades, are the signature weapons of Assassins. The Gauntlets are used for clandestine assassinations and also give a bonus to your attack. They can be worn by both Evie and Jacob. Gauntlets can be bought, crafted, or earned after certain missions. For a complete list of all the Assassin Gauntlets in the game, check out our detailed Assassin Gauntlets guide.