The weapons you can use in Battlefield 1 depend on which class you choose. But that’s not all. Every class has several different primary weapons, as well as a handful of sidearms, melee weapons, gadgets and more. You can customize your loadout to make the most out of your limited carrying capacity. There are several ways to do this, but the most obvious ones don’t work. In this guide, we’re going to show you how to change loadouts in Battlefield 1, both in and out of the game. 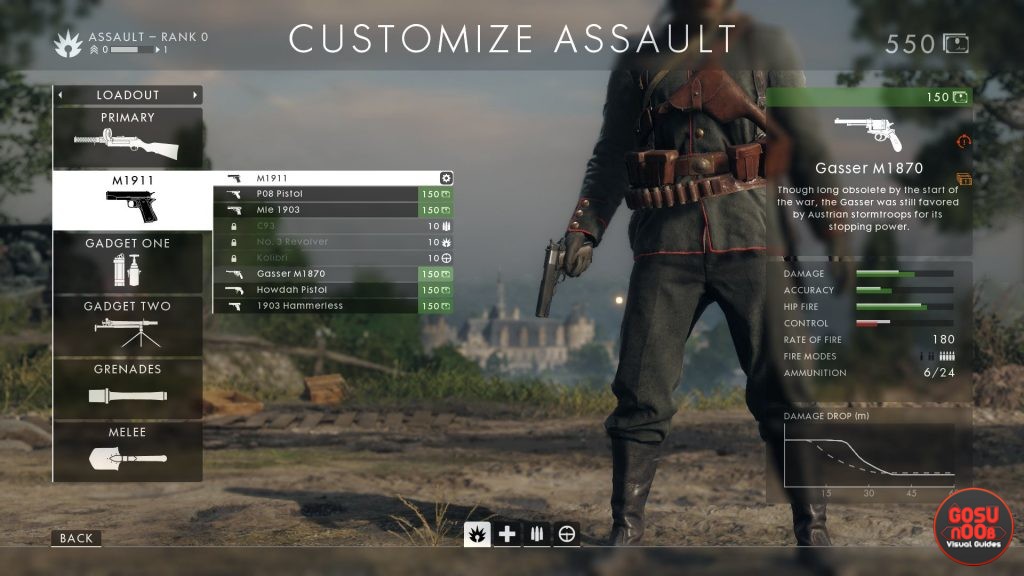 Unlike in previous games, you can’t change your loadout from the main menu. There simply isn’t a way. It’s not a bug or anything – that’s how it was planned. Thankfully, there are other ways. If you want to edit your loadout during a game, you just have to die. When you’re looking at the map, select Customize, and you’ll be able to tinker with your weapon combinations. If you try doing it by opening up the map while you’re alive, you’ll have to wait until you respawn for the changes to go into effect.

You can also manage your loadout using the Battlefield Companion app. Once you’ve downloaded it (it’s available on Android and iOS), here’s what you should do:
Of course, this doesn’t mean you should be OK with the fact there’s no loadout editor in the menu. Wasting precious time on tuning your weapons during a match is hardly optimal, and so is using an external app. We’re hoping the developers will see the error of their ways and add the option in a patch, sooner rather than later.