Looking for a guide on how to fix the Call of Duty: Modern Warfare 2 beta constantly crashing on PC issue, with the 0x00001338 Error Code? We might have a few solutions for you. The second MW2 beta weekend is now here, with players on PC and Xbox getting their chance to test the beta for the first time. And while many are able to enjoy the game, others are reporting various problems in regards to the Modern Warfare 2 Beta PC crashing issues. If the MW2 beta keeps crashing on your PC, and you are getting the 0x00001338 (0) N Error Code, here’s how you can potentially fix the issue. 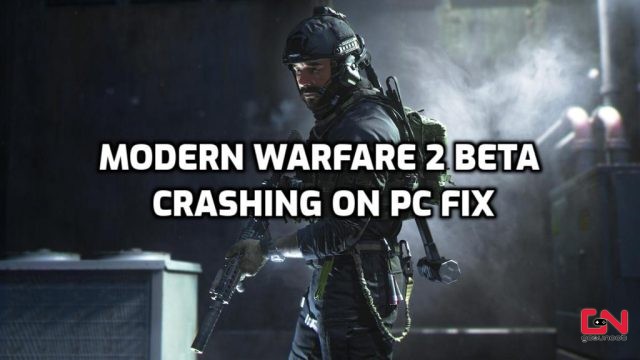 Unfortunately, as this is just the first day of the beta, many bugs and errors are bound to happen. And the 0x00001338 (0) N Error Code is one such glitch. MW2 PC beta players on both Steam and Battle.net are currently reporting this problem en masse. It occurs both on Steam and Battle.net. Furthermore, it seems that both those who own NVIDIA and AMD graphic cards are suffering from the same issue. So, why is this happening? Do we know the reason and how it can be fixed? Let’s find out.

Many players report that this issue is caused by old GPU drives. Outdated drivers might cause numerous problems, including crashing to not being able to load the game. You can look for the latest drivers either via your GPU software or alternatively, you can download them from the links below:

The “Verify integrity of game files” option on Steam is always a good thing to do when the game causes you problems such as crashing. The Modern Warfare 2 PC Beta had a big update at launch, and there might be some conflicts with old files if you have pre-loaded the game. Here’s how to do it on Steam:

If you are playing the MW2 beta on Battle.net, then click on a small blue cog icon next to the “Play” button and select “Scan and repair”, and let it find any potential issues. Other players report that you need to instal the newest version of VCredis as a potential solution. Finally, a Reddit user that goes by the name maleguy20s says that reseting “shaders optimization” has fixed the “Modern Warfare 2 Beta Crashing on PC 0x00001338 (0) N Error Code” problem for him. These are the best solution we can offer you right now for this problem. If we learn about any other solutions, we will update the article. Do you have a potential fix? Share with us in the comments!

NEXT POSTFIFA 23 Around The World SBC Solutions