If Call of Duty Warzone 2 won’t launch, you’ve come to the right place! The new iteration of the Call of Duty battle royale is finally here! And, as expected, there are bound to be some issues here and there during the first few days. One of the most common problems is players being stuck on the Warzone 2 loading screen, and being unable to start the game. If you can’t launch Warzone 2 on PC, read on as we provide a few possible solutions. 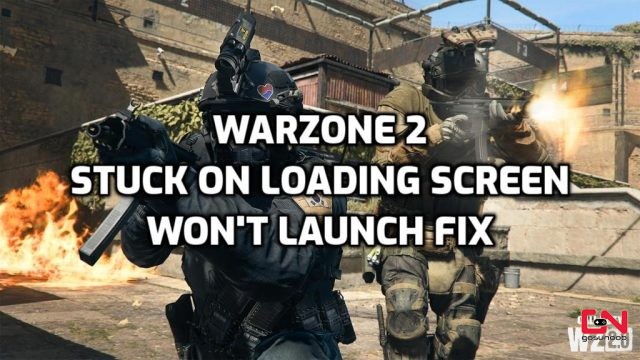 First and foremost, before we jump to some possible solutions, we should stress a few things. The game has just been released, and thus there will certainly be a sea of various problems in the upcoming days. It is a massive game with a lot of moving parts which need to be ironed out. That said, here’s what you can do to make sure you know the reason behind this issue is not on your side.

The very first thing you should do is check if your Internet is working properly. Warzone 2 is an always-online game. Thus, if you have no Internet, you will not be able to launch the game. Test how your internet works in other online games and if it causes you any problems. Just in case, restart your router/modem and leave it unplugged for a couple of minutes. And then turn it back on.

It sounds obvious, but maybe there’s some crucial update which you didn’t install. Sometimes an auto-update will not kick off on its own. And then, when you try to launch Warzone 2 it won’t start because it doesn’t match a version on the servers. Try to restart your PC or console and see if that will prompt Warzone 2 to update.

Sometimes Windows will become goofy and stop games from running if they are not launched by an administrator. Thus, right-click on the Warzone 2 icon, and select the “Run as Administrator” option. This might help with the “Warzone 2 stuck on the loading screen” issue.

If an online game won’t start, in numerous situations the reason for this is because it is not whitelisted in your firewall and antivirus apps. Thus, make sure to greenlight them in your Windows Firewall and whatever antivirus you are using, lest they will simply block Warzone 2 from going online.

If some Warzone 2 files are missing or are corrupted due to an incomplete update or installation, this will often result in Warzone 2 not launching issues. Thus, you should use Steam’s “Verify integrity of game files” feature or Battle.net’s “Scan and repair”. Here’s how that works on Steam and Battle.net:

If none of these options helps you and you still can’t launch Warzone 2, try completely reinstalling the game from scratch. Sometimes a fresh installation is the best way to solve all problems. As a last resort, you should contact Activision support and explain the issue. With that said, that’s all we know about the “Warzone 2 Stuck on Loading” issue. If you know any alternative solutions for the “Warzone 2 Won’t Launch” problem, please share them with us in the comments!