Mantis Blades in Cyberpunk 2077 have been of interest to all gamers ever since the first gameplay footage appeared. There was a cool scene where V draws out these super cool looking cybernetic swords that make your character slice like a Mantis. Now that the game is out we are finally able to test out Cyberpunk Mantis Blades in action. Prohibiting factor is their price and level requirements. Lucky for you we were able to find a Legendary version of Mantis Blades cyberware that you can pick up very early in the game and use right away. Imagine our surprise when we figured this out. We’ll also focus on where you can get this cool attachments in other ways. The main thing is that following this article you’ll be able to find Legendary Mantis Blades in Cyberpunk for free. 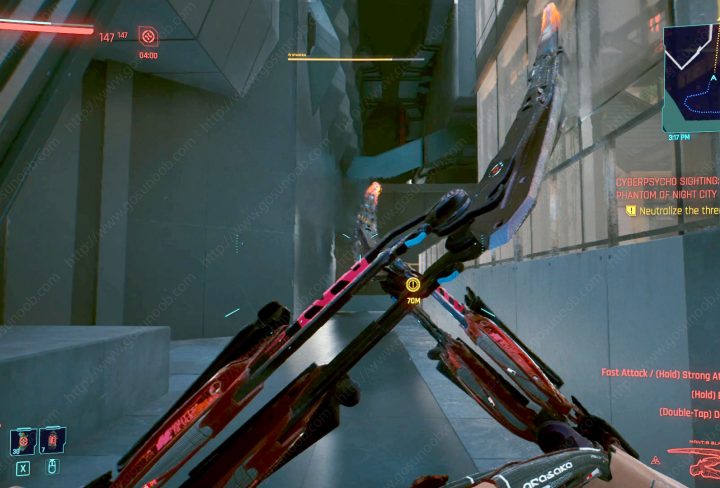 How to get Mantis Blades Cyberpunk?

You can by Mantis Blades from Ripperdoc vendors and find them as loot. Beside your weapons and clothes you can also equip various cyberware by visiting ripperdocs throughout Night City. There are many body mods you can equip this way and some of them are weapons and special abilities. One of those weapons is the Mantis blade. It resides in your arms and acts as a blade weapon. This means it gets all bonuses from perks other blades like katana get. It can be bought from ripperdoc vendors. There are three qualities of Mantis blades you can purchase. Rare Mantis Blades can be bought for 15350 eddies at level 20 street cred and they have one mod slot for their edge. Epic Mantis Blades have an additional mod slots for rotors and cost €$ 25350 at level 25 street cred, when is when you can first equip them. The most expensive are the Legendary Mantis Blades and they are bought for 100350 eurodollars at the ripperdoc in City Center Downtown. To buy them you will need level 45 street cred.

After seeing how level restricted and expensive Mantis Blades you can imagine may surprise when I found ones to loot for free. Here’s a quick disclaimer: these showed up consistently in my save. I tried loading early and late save and they were always in the same chest. IF it does not show up in your game it means the game randomizes loot per character created and that would be insane. IF you don’t find them at the same spot I still think there’s a high chance you’ll find them in similar gigs.

You may also like:
Cyberpunk 2077 Monowire Location Free Legendary Weapon

I found mine in the Cyberpsycho encounter Phantom of Night City. The best part is you don’t need to fight the Cyberpsycho mini boss. There’s a chest at his location that contains the Mantis Blades. Run in and then loot them and run out. The earliest I managed to loot them was at level 8, just after the Heist main quest. They had a whopping 400DPS at such a low level and would one kill an enemy with heavy attacks. You can mod them to get better performance.

You can further enhance Mantis Blades in Cyberpunk 2077 by installing mods into them. They have an edge and rotor mod slots. Edge mod for Mantis Blades changes the type of damage they do to enemies. You have physical, thermal, chemical and electrical edge mods available for purchase. These can be found at various ripperdocs throughout Night City. Chemical damage edge mod is found at the ripperdoc in Japantown Cherry Blossom Market. Physical and electrical mods are found at City Center Downtown doc.

I remember I found one of the edge mods in ripperdoc Viktor’s place. It was behind his operating chair in a small chest and is the earliest rare mod you can get your hands on. If you want to check out the Mantis Blades in action feel free to check this video out on our Youtube channel. It showcases them pretty well and shows the exact location where we picked up the free legendary version.