Archdragon Peak is one of the secret locations in Dark Souls 3. It can be accessed only after you get a certain gesture and use it at the appropriate place. You’ll get to fight a large dragon there, and get some pretty great items. In this guide, we’re going to show you how to get to Archdragon Peak in Dark Souls 3, what you can find inside.

First, you’ll need to find the Path of The Dragon gesture. Once you defeat Oceiros, The Consumed King, return to his room. Open the heavy stone door and follow it into the basement. There will be a fountain with a corpse next to it – this is where you’ll get the gesture.

Once that is done, go to Irithyll Dungeon, to the terrace next to the elevator. You’ll see a stone dragon on the cliff, sitting on a rug. Stand on the rug next to him and use the gesture. A cutscene will start, taking you to the secret area.

Shortly after you enter the castle (and raise the two gates), you’ll encounter the area’s boss, Ancient Wyvern. It’s the easiest boss fight in the game – you don’t even have to engage in combat. Just go around him and follow the way over the walls until you’re right above him, then jump down and insta-kill him using a plunging attack. 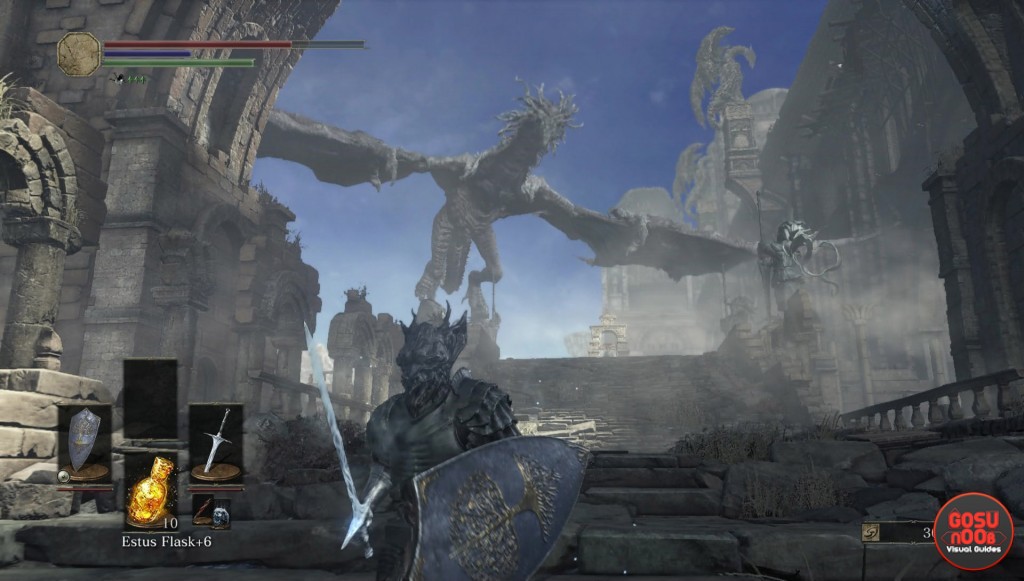 Killing him will net you the Dragon Head Stone, an item that turns your head into that of a dragon, letting you breathe fire. Further into the area, you’ll also find the Twinkling version of the item, which is stronger. You’ll also get a chance to face Havel the Rock, or at least someone wearing his armor and weapon.

NEXT POSTArmor of The Sun | Dark Souls 3