Claymore is one of the greatswords in Dark Souls 3. It the first one you can grab, and it’s hidden in the High Wall of Lothric. It does massive damage, but it’s slow and unwieldy. It is, without a doubt, one of the best starting weapons. In this guide, we’ll show you where to find Claymore in Dark Souls 3, its attacks and stats.

Spawn at the first bonfire in the area. Go into the tower on the left (the one with the dead dragon), to the lower part then outside. Climb the stairs to the giant dragon that breathes fire. If you turn around, you’ll see an item in the far corner of the flaming area. That’s the Claymore. You’ll have to figure out a way to deal with the fire – either shoot the dragon with arrows/sorceries until he’s dead, or use items that boost your fire resistance and soldier through it. 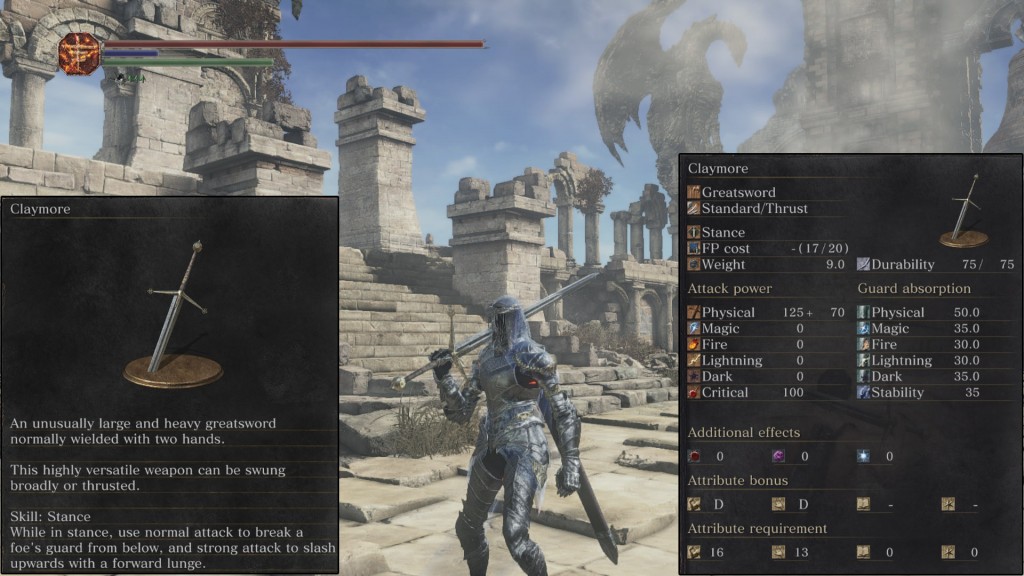 The Claymore is a powerful greatsword that starts off with 125 physical damage, as well as Ds in both strength and dexterity scaling. It has a sweeping light attack and a heavy thrust. You’ll need at least 16 strength and 13 dexterity if you want to use it.