Irina of Carim is a blind maiden raised to become a Fire Keeper. She’s an NPC in Dark Souls 3, who start selling miracles if you recruit her. She’s also the one who can interpret Divine Tomes, which makes her essential for any builds that focus on divine magic (cleric and such). This guide will show you where to find Irina of Carim in Dark Souls 3, how to avoid losing her services. 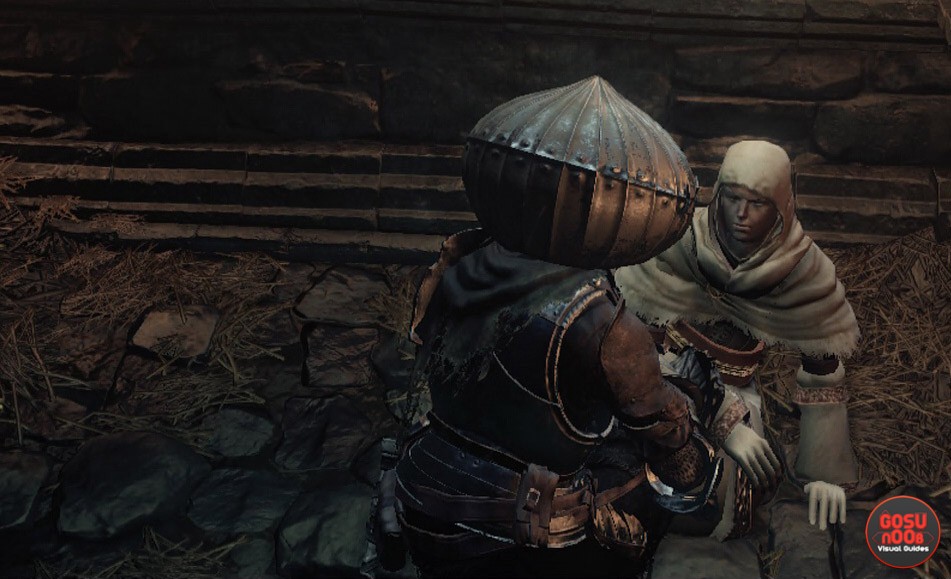 Irina is trapped in a cell in the Undead Settlement. In order to rescue her, you’ll first have to buy the Grave Key from the Handmaid in Firelink Shrine. It’s the one that appears when you give her the Mortician’s Ashes, and it will cost you 1500 souls.

Go to the Dilapidated Bridge bonfire. Go right as soon as you spawn, into the sewer tunnel shortcut. As you jump into the tunnel, you’ll see a locked gate before you. Use the Grave key to open it and turn left when you can. Follow the tunnel to the exit, then go straight into the ravine. About halfway through, there will be a door on the left – enter it and climb the ladder in the far right corner. You’ll end up in Irina’s cell. Open up the gate and talk to her.

There are several ways of losing Irina’s services during the game, and you might trigger a few if you aren’t aware of them. If you do her any harm, you’ll have to answer to Eyegon of Carim. Here’s a full list: