Orbeck of Vinheim is a reclusive sorcerer who can sell you spells in Dark Souls 3. You’ll find this NPC in the Road of Sacrifices, but can only recruit him if you’re a good enough sorcerer yourself. This guide will show you where to find Orbeck of Vinheim, how to recruit him, how not to lose him afterwards. 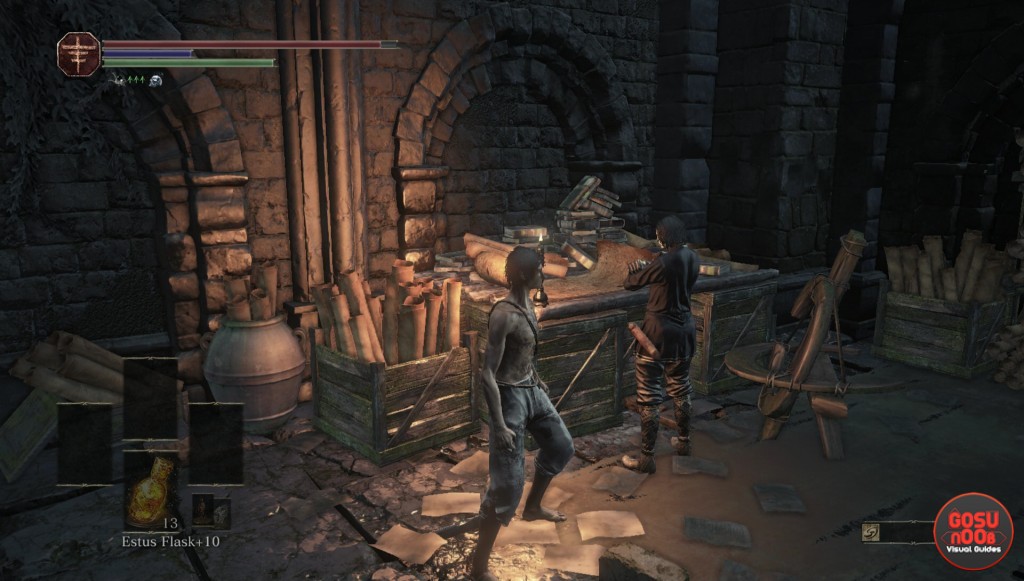 He can be found deep in the swamps of the Road of Sacrifices. He’s in a place where you could have easily missed him, especially if you were running past enemies instead of fighting them.

Spawn at the Crystal Sage bonfire, the one in the arena. Go back down the path that lead you there the first time. Just before you reach the stone bridge connecting the two buildings, turn right. You should see an opening in the wall, seemingly leading nowhere. If you approach it, you’ll see it actually leads to a staircase. Take the stairs to the upper floor and turn left when you enter the large room.

First of all, Orbeck won’t just join anyone. If your Intelligence is below 10, he’ll politely tell you off. Once you’ve brougt it up to the requested level, he’ll accompany you to Firelink Shrine.

He’ll ask you to form a pact if you wish to do business – knowledge in exchange for knowledge. This means that he will disappear from the shrine if you fail to supply him with scrolls containing new sorceries. We aren’t sure of the triggers, but beating your first Lord of Cinder without giving him at least one tome will reportedly lead to his departure.

PREVIOUS POSTHow to Become a Dragon in Dark Souls 3

NEXT POSTIrina of Carim | Dark Souls 3