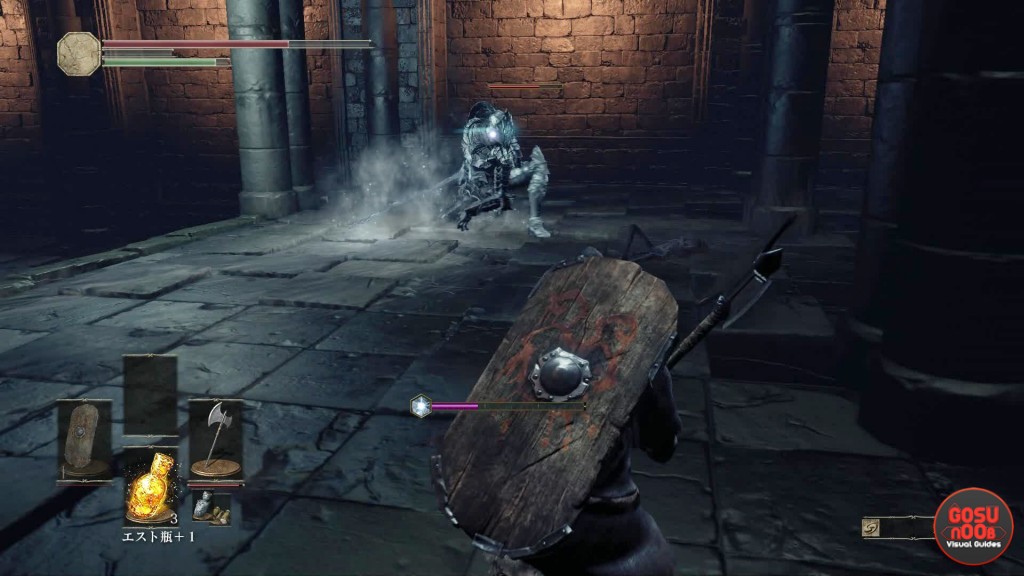 Where to find Irithyll Straight Sword

It can be obtained in the Undead Settlement. When you get into the tower at the end of the road, take the elevator down. If you’ve already talked with Siegward, the elevator will go up by default. You’ll need to jump off and wait for another platform that goes into the basement.

Once you’re down, you’ll have to fight an Outrider Knight. He’s extremely fast, but also vulnerable to fire. If you can, spam him with Firebombs. This will make the fight a lot easier than fighting him head on. After you’ve defeated him, you’ll receive the sword.

Description:
Straight sword bestowed upon the Outrider Knights of the Boreal Valley. This weapon is enshrouded in frost, and causes frostbite. Every Outrider Knight one day devolves into a beast, constantly hounded by Pontiff Sulyvahn’s black eyes.

It starts off with 124 base physical damage and 35 frost damage on top of that. It has D’s in both strength and dexterity scaling. You’ll need at least 12 STR and 14 DEX if you wish to use it. The skill you’ll get is stance, which allows you to break through shield blocks.

NEXT POSTSoul of a Stray Demon | Dark Souls 3