You’ll first need to kill Oceiros, The Consumed King. After that, return to his room (the Consumed King’s Garden bonfire) and open the stone door. Go down the stairs, past the fountain. When you see a chest surrounded by candles, go around it and hit the wall. It will disappear, opening up a pathway to the secret area.

Untended Graves is like a harder, darker version of Cemetery of Ash, the starting area. When you’ve cleared it out, you’ll get to fight Champion Gundyr, a stronger version of the first boss. He’s extremely aggressive, so the tactics you’ve used the first time around probably won’t work. Best be prepared for a whole lot of parrying. 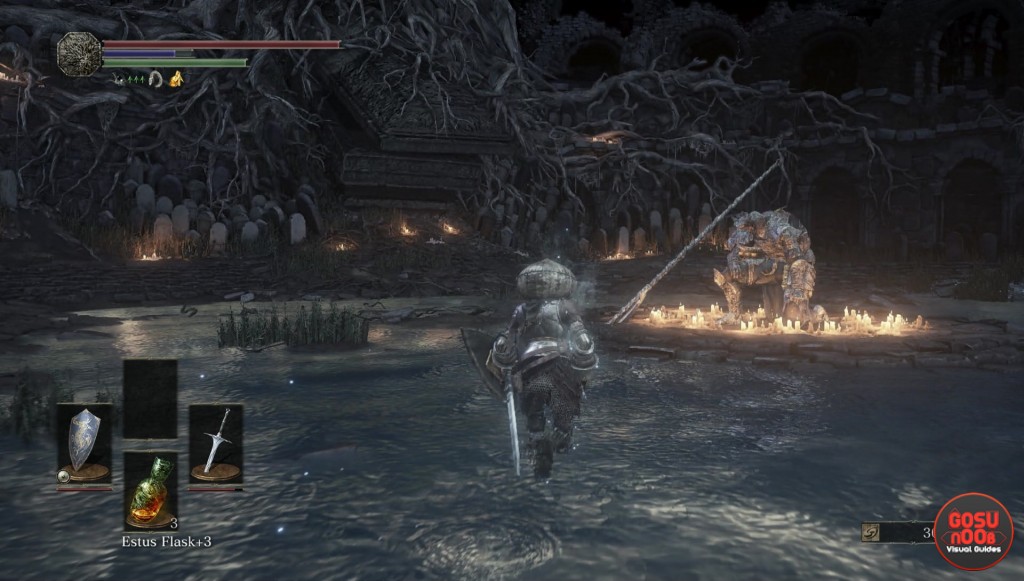 Once you’ve dealt with him, you’ll run into a couple of Silver Knights and get to visit Dark Firelink Shrine. Don’t miss out on exploring the outer region before proceeding, there’s some cool stuff to be had there. Only the handmaid will be in the shrine, talking about how you’ve discovered a secret and selling some new, fancy stuff. There’s a bunch of items you can pick up once inside, but the most important are the Fire Keeper’s Eyes, which are vital for one of the game’s endings. They’re hidden behind a secret wall in one of the lower corridors of the shrine.