Abbadon is an exotic weapon in Destiny. It’s a machine gun with 370 attack that does solar damage. You can acquire it during the Dawning event, by completing a quest chain called Hymns of Fire. The quest is relatively easy to finish – starting it is the real problem. It’s tied to another exotic quest. In this guide, we’re going to show you where to find Destiny Abbadon, how to start and finish the quest that leads to it. 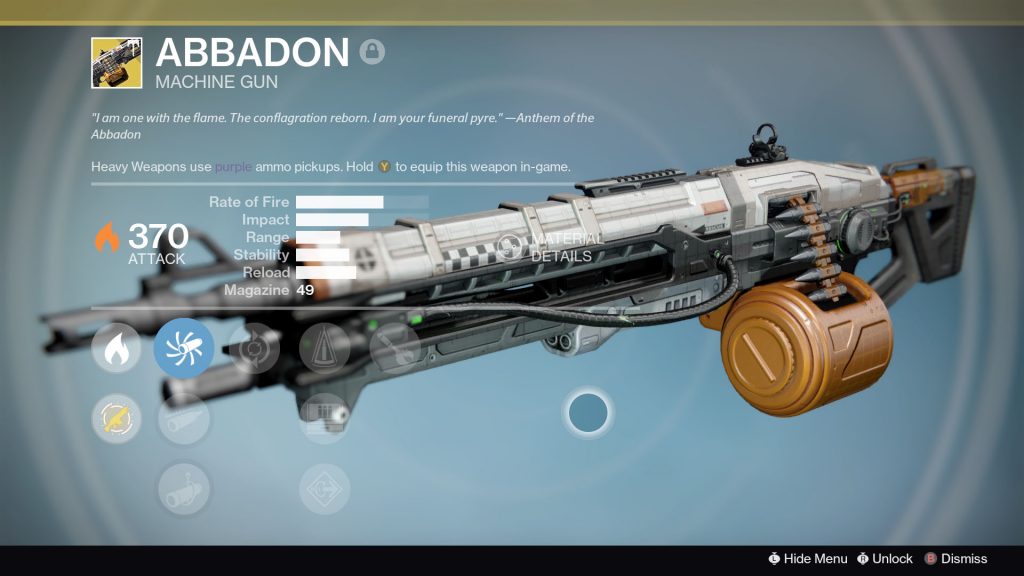 Here are the steps you’ll need to take in order to obtain Abbadon:

It looks exactly the same as the Nova Mortis. The only difference is in the color of the magazine – the Nova has a purple one, while the Abbadon has an orange mag. The stats are identical as well. The only mechanical difference is in the type of damage. While the Nova provides Void damage, the Abbadon does Solar. Having them both is like owning an exotic machine gun that allows you to change the type of damage it does. There’s a chance they’ll share ornaments as well, which would be lovely. They probably won’t be available once the Dawning event ends, so you should hurry up and get them while there’s time. Once you’ve snagged them, they’re yours forever.