Following the recent leak of information and screenshots, it seems the drama surrounding Destiny’s House of Wolves DLC isn’t going to end anytime soon. The latest bit of juicy info was found by YouTube user Arekkz Gaming – he discovered that if you logged onto the Xbox Store and visited Destiny’s page (while owning an Expansion Pass), you could download a small package called House of Wolves.
▼Article Continues Below▼ 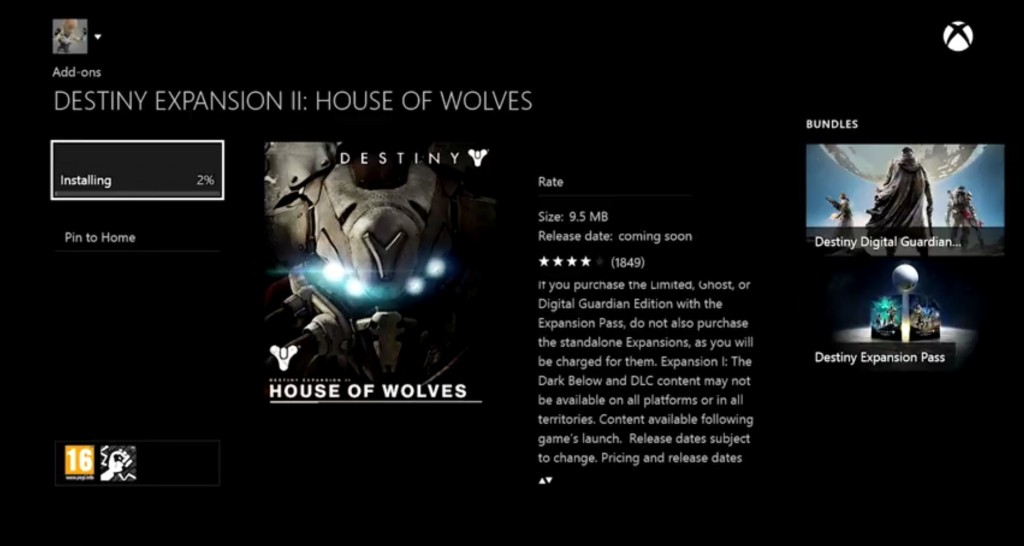 It weighs 9.5MB and seemingly has no effect on the game for now, but it is there. Presumably, it’s the authentication file that will be used to activate the content, which will be brought in piece by piece through regular game updates, as with the previous expansion. In case you’ve forgotten, The Dark Below had its content delivered to users through several patches before release, using a similarly small file to unlock it in due time.

While we’re indulging in conspiracy theories, think about this as well – why is the file available only on the Xbox Store? Why not PSN? Is it coincidence, a clerical error or a sign from above? Speculate wildly, while gawking at the gallery of unofficial screenshots leaked only days ago.