Levels and light have been redesigned in Destiny: The Taken King. Most stuff isn’t gated behind your character’s level now, but the Light level instead. The upcoming raid, King’s Fall, has a recommended Light level of 280. In this guide, we’re going to show you how to get your Light level up to 290 and beyond, so you can enjoy the new content. 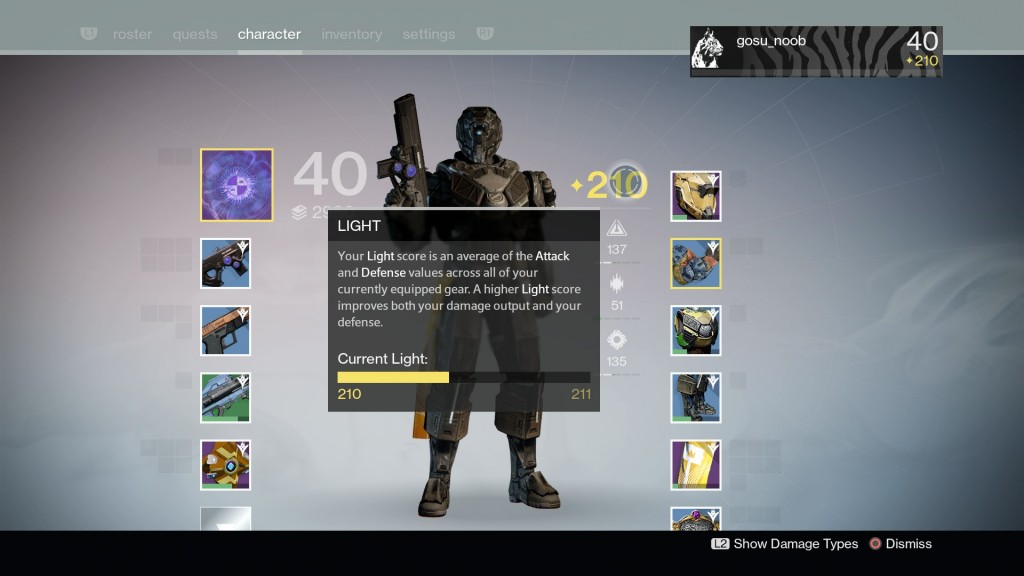 How to level up and hit 290+ Light in Destiny: The Taken King

Your Light score is the average of the attack and defense values of all your equipped gear. In turn, it affects the damage and defense of your character, as well as the stats of the items you get. The way to increase it is by equipping better weapons, armor, marks and even ghosts.Big thanks to Rook7425 and the rest of the reddit community for the great tips.