Wrath of The Machine monitor puzzle is part of the new raid in Destiny: Rise of Iron. If you activate all 5 special SIVA monitors during the raid, you’ll unlock a secret room at the end, with another loot chest.
▼Article Continues Below▼
They are very well hidden, and you’ll miss them if you don’t go searching specifically for them. In this guide, we’re going to show you all Wrath of the Machine monitor locations in Destiny: Rise of Iron, how to activate them. 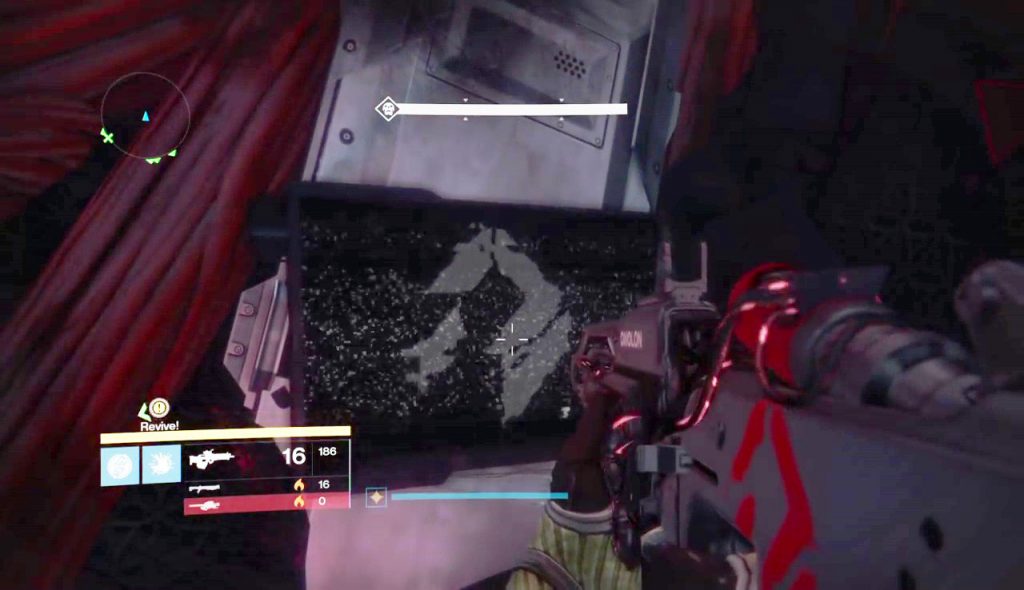 Wrath of the Machine Monitor #1

The first one can be found after you’ve faced Vosik for the second time. While you’re still in the arena, go into the second safe room on the left. Look at the ceiling – you’ll see a giant fan. Jump between the blades and enter the tunnel. Follow it, and you’ll soon reach the monitor.

Wrath of the Machine Monitor #2

The second one is in the second jumping puzzle, after you kill Vosik. Follow the puzzle’s progression until you’re near the end. While you’re going along the left wall, look to the right – you’ll see a tunnel. Jump into the tunnel and follow it. Jump onto the pipes on the left, then the catwalk on the right. This is where the hard part begins. You’ll have to jump onto the steel beams above you. From there, jump onto the pair of pipes leading out of the room. Follow them to get to the second monitor.

Wrath of the Machine Monitor #3

The third monitor can be activated after the Siege Engine fight. Instead of jumping off the front and into the chasm, jump off the back of the engine after you repair it. Go to the second to last section of the bridge (the last before the crooked one). As you’re looking forward (towards the next section), go to the right edge and look for loose plates between the two concrete parts. Shoot them until they fall off, then jump into the newly discovered room. Follow the room to get to the monitor.

Wrath of the Machine Monitor #4

The fourth monitor is located in the middle of Server Farm, the cave you enter after your fight with the Siege engine. It’s inside the giant black diamond in the middle of the room. You’ll have to solve the puzzle to get to it. If you need help solving it, take a look at our Outbreak Prime Exotic Weapon guide.

Wrath of the Machine Monitor #5

The final monitor is in front of the laser grid hallway – the one where the secret chest is hidden. The room is accessible once you defeat Aksis. Go to the right side of the arena and look down from the ledge that overlooks the pillars of light (the ones where you hide from SIVA blasts). You should see a small, square ledge. Jump onto it and turn around. You’ll see a long hallway with a chest at the end. The monitor will be near the entrance.

Once you’ve activated all 5 monitors, the last of the laser barriers will shut down, letting you reach the prize.

PREVIOUS POSTWrath of the Machine Raid – Rise of Iron

NEXT POSTWrath of The Machine Raid Loot | Destiny: Rise of Iron