Outbreak Prime is an exotic pusle rifle you can get in Destiny: Rise of Iron. It has 390 Light Level and does increased damage to Fallen.
▼Article Continues Below▼
Every time you perform a precision kill, it will spawn a swarm of nanites to attack other enemies. It’s extremely hard to get – you’ll have to finish Wrath of the Machine twice, do a couple of quests and solve some math puzzles. In this guide, we’re going to show you how to get Outbreak Prime exotic weapon in Destiny: Rise of Iron, what it looks like and its stats. 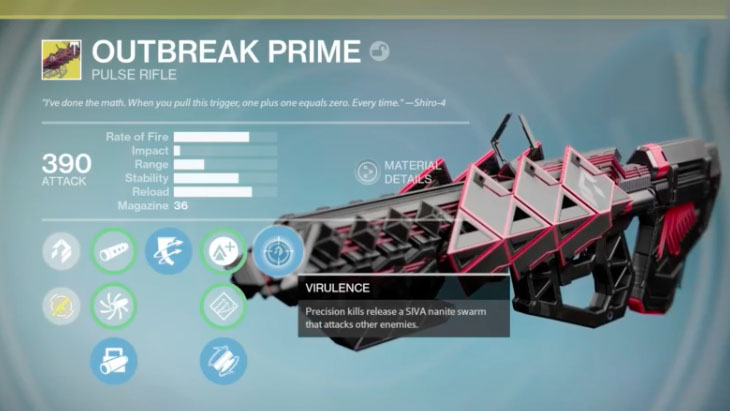 How to get Outbreak Prime

Getting the exotic raid weapon is a long and complicated process. Here’s what you’ll need to do:

The quest is somewhat buggy at the moment, so you might run into some trouble. Here are some tips to help you get through it:
Source: Reddit