Destiny’s next big expansion Rise of Iron is scheduled to launch on September 20th, exclusively on PlayStation 4 and Xbox One. This long awaited update introduces new solo, multiplayer and endgame content, and Destiny’s new raid called Wrath of the Machine. 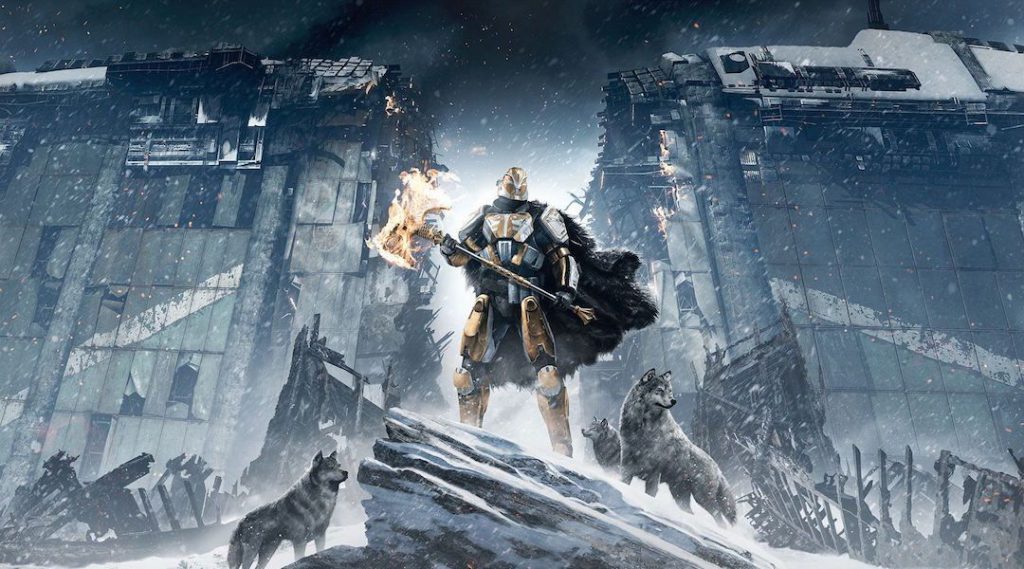 How to start Wrath of the Machine raid

Talk to Shiro-4 in Felwinter Peak and he’ll give you the Wrath of The Machine quest. In order to start the raid, just go to orbit and look at the edge of the Plaguelands area. You’ll see a skull icon. From there, you’ll be able to start the raid like any other mission. The recommended Light Level for the raid is 370.

As it was with the previous raids, this one has secret loot chests as well. The loot you can get from them varies wildly, from paltry things, currencies and crating materials, to exotic or legendary weapons and armor. Either way, they’re well worth checking out. Only a handful have been discovered this far. If you want to know the exact locations, check out our Wrath of the Machine Secret Chest Locations guide.

Monitor Locations in Wrath of The Machine

There are 5 secret SIVA monitors in the raid. If you activate them, they’ll let you open another loot chest after you defeat the final boss. If you want precise instructions, check out our Wrath of the Machine monitor locations guide.

How to defeat Vosik, the Archpriest

As soon as you start the raid, you’ll encounter the first boss, Vosik. He has a red SIVA shield which soaks up all the damage you do. You’ll have to collect the electricity charges from the glowing spots and bring them over to the pods with circles around them on the ground. You need to press a button to discharge the electricity into the pod. You can carry up to 4 charges on you – each one you collect will add time to your countdown. You mustn’t let it reach zero! If you do, you’ll die. It doesn’t matter which pod you bring the power to – it all counts towards the same goal. You’ll see a meter on the counter, which fills up a bit with every discharge.

The best way to approach this is splitting into three groups of two. Use the Dark Drinker sword (or Raze Lighter) to clear the adds – it’s super effective even against captains.


Once the meter is full, they’ll open up and start producing SIVA charges. Take these red orbs and throw them at Vosik. Several hits will take down his shield, and you can start spamming him with all you’ve got. Use up the leftover SIVA charges first – they do a lot of damage. Once the shield is back up, repeat the process. After you do enough damage, he’ll run away.

Once the fight is done, climb the tunnel to get to the first exotic chest. The first secret chest can be found in the jumping puzzle after this fight. Right before you enter the second fight, you can also grab a SIVA cluster.

How to defeat Vosik second encounter

Once you’ve caught up with him the second time, he’ll have his shield up again. He’ll be standing in front of a bunch of screens – shoot them as they light up. This will prompt SIVA charges to start dropping down into the room. Use them to bring down his shield again. Once it’s down, use the rest of the charges to damage the boss, then concentrate your fire on him.

When he’s had enough, you’ll see a message saying SIVA density critical. You should run into one of the side-rooms (the one that lights up) and shoot the marking on the wall. This will activate the barrier which will protect you from the SIVA blast. If you die to the SIVA blast, you won’t resurrect automatically – someone will have to help you. Once the blast is over, repeat the process. Each room is usable only once, and there’s four of them, so you’ll have to finish the fight before you run out of rooms.

There’s a way to stop the SIVA blast, but it’s tricky. When the boss starts charging it up, you’ll hear a beeping noise. One of the screens in the room will show a symbol. If you find out which screen has it, and you shoot it, the blast won’t happen.

Once you’re done, make sure to loot the boss chest and activate the first SIVA monitor. During the second jumping puzzle, you’ll get the opportunity to open up two secret chests and collect a dormant SIVA fragment. There will be another puzzle monitor in the puzzle as well.

How to repair Siege Engine

The second boss is a giant Siege Engine. In the first phase, you’ll have to destroy the two giant turrets. After that, the middle will open up to reveal the core. Spam the core until it’s wrecked – this will allow you to climb on top of the boss. Don’t try hiding in the trenches – it will run you over either way. You have to get on top of it before it reaches the wall. As the wall goes down, the second phase starts.

During the second phase, you’ll have to collect engine parts to repair it. There will be three of them in the far part of the battlefield – an engine block, a driveshaft and a warhead. You’ll need to get all three and place them in the appropriate receptacles. The parts are color coded – the blue one goes into the blue receptacle. You can only carry for 10 seconds then you automatically drop it and gain cooldown (you won’t be able to pick these up for 10 seconds), so you’ll have to work on transporting them as a team. Make sure you shoot the mines on the way.

Once the parts are in front of the engine, kill Mexis, Siege Engineer to drop the ramp and get onto the engine. The siege engine can blow up and wipe the whole party if you take too much time killing him – he goes for the self-destruct switch at a certain point, so make dealing with him a priority. Once you’ve repaired the war machine, it will open up the way forward. You can grab a secret chest from a hiding spot above the cave entrance after this fight.

When you’re done with the engine, you’ll have the chance to activate another SIVA monitor up on the bridge. When you hit the rocky island under the bridge, loot the boss chest and get the SIVA cluster from the ledge. Make sure you get the hidden chest above the cave entrance as well. Once you enter the Server Farm, you’ll have the chance to collect another Dormant SIVA under the walkway.

How to kill Aksis, Archon Prime

When you enter the arena, split up in two groups and head for the rooms on the sides. Kill the Shock, Void and Scorch captains and take their weapons. Switch sides and use the weapons to kill the Shock / Void / Scorch servitors. This will cause SIVA charges to appear. Use them to hit the plates marked with Xs in front of the boss. You’ll have to do this three times. The first wave will have 2 plates, the second 3, the third one 7. Once the third wave is done, the boss will die.

How to beat Aksis second phase

After Aksis attacks you again, the first part will be familiar. Kill the elemental enemies to get the elemental cannons. Use these cannons on the servitors. Pick up the SIVA charges they drop and chuck them at the boss. This will make him leave the throne. Once he does, the player with the empowerment buff should jump above him and dunk to stun him. When he’s stunned, spam him with all you’ve got. Use the elemental cannons – they do a lot of damage. It’s good to have one empowered player in each of the three spots.

When you’ve spent the buffs, he’ll return to the throne and prepare a SIVA discharge. Jump into the pillars of light on the edges of the arena to protect yourself. Make sure all of you use the same pillar – it will disappear afterwards. Repeat the process.

Communication is crucial for most of the raid, but most of all while fighting Aksis. You mustn’t waste a single Empowered buff – the whole team needs to know what to do and when. While you’re in the light pillar, take the time to synth some ammo. If you can’t reach the pillar everyone else is using, embrace death. Losing an extra pillar will cost you the game, while simply dying won’t.

Cannon damage scales with Light Levels, so see who has the highest level and let them use the cannons. Don’t stand on the plates the boss teleports to – it will kill you. Interacting with the red panels the Servitors want to get on will replenish the whole group’s supers.

When Aksis if finally dead, loot his boss chest and jump over the ledge into the secret room, to activate the last SIVA monitor and get the remaining exotic chest.

Wrath of the Machine Raid Loot

The rewards you can get in this new adventure include a bunch of legendary weapons of all kinds (fusion rifles, auto rifles, hand cannons, etc.), as well as new legendary armor. There’s a new SIVA-themed armor set for each of the three classes. All of them have unique perks which make them especially effective when fighting against Fallen. You can see a full list of raid gear rewards in our Wrath of the Machine Raid Loot guide. Here are some of the weapons you can get:And here are the unique class armor sets:

Everyone who finishes is going to receive an unique emblem – Machine God’s Bane emblem.

NEXT POSTWrath of The Machine Monitor Locations | Destiny: Rise of Iron