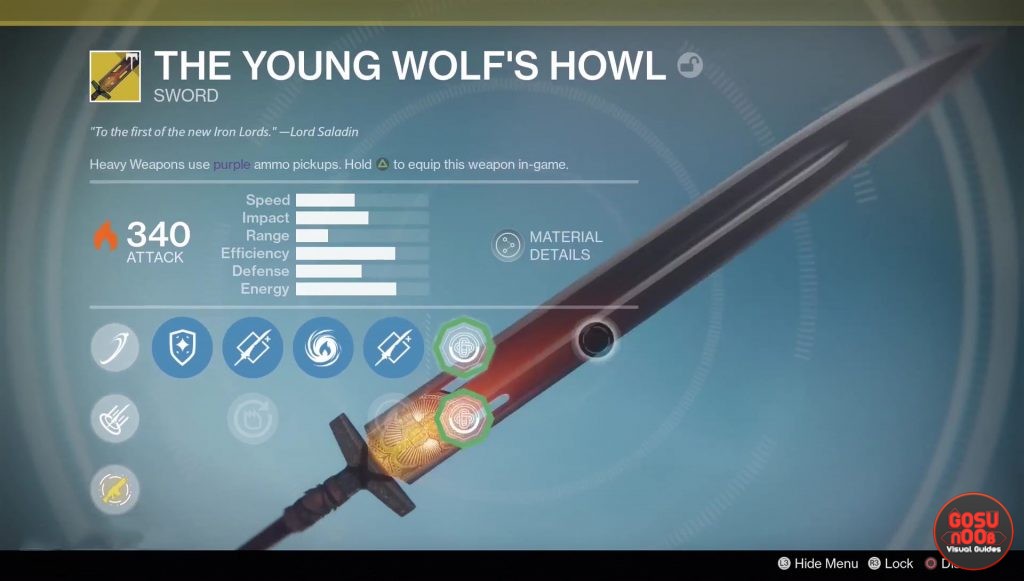 How to get Young Wolf’s Howl

Thankfully, you can’t really miss this one. You’ll get is as a reward for completing the Rise of Iron questline. Once you’ve finished the fifth and final quest in the main story, you’ll receive the exotic sword. You won’t need to gather materials or anything – you’ll just outright get it. If your inventory is full at the moment of completion, make sure to check the postmaster.

It’s a 340 sword that uses heavy ammo and does Solar damage. It has a cool moveset and seems somewhat quicker than the old swords. There are three different skins for it – the default one you get when you find it. Another two are unlocked by getting ornaments – The Wolves Remember and Born in Fire. They’re all really great looking and everyone’s surely going to have trouble choosing which one to go with. The one thing they have in common is the flaming/searing effect. All variations look like they’ve just been pulled straight out of the forge.

The ornaments can be obtained through Radiant Treasure, so it’s all a bit of a gamble. Plus, there’s a limit on how much of them you can get each week. You might need to grind for quite some time until you’ve got either of the two fancy reskins. Since the basic version looks good on its own, it shouldn’t be too hard to endure. Now go forth and stab/melt someone with your new flaming toy!

NEXT POSTSing the Iron Song Achievement