Lexington Event Center is one of the missions in The Divison that has a challenge mode. Once you’ve beaten the story and reached rank 30, you’ll unlock the challenging difficulty for this mission.
▼Article Continues Below▼
It’s meant to be taken on with a team – it’s very hard and all the enemies are level 32. The rewards include a yellow item and a handful of Phoenix Credits. This guide will show you how to beat Lexington Event Center challenge mode in The Division. 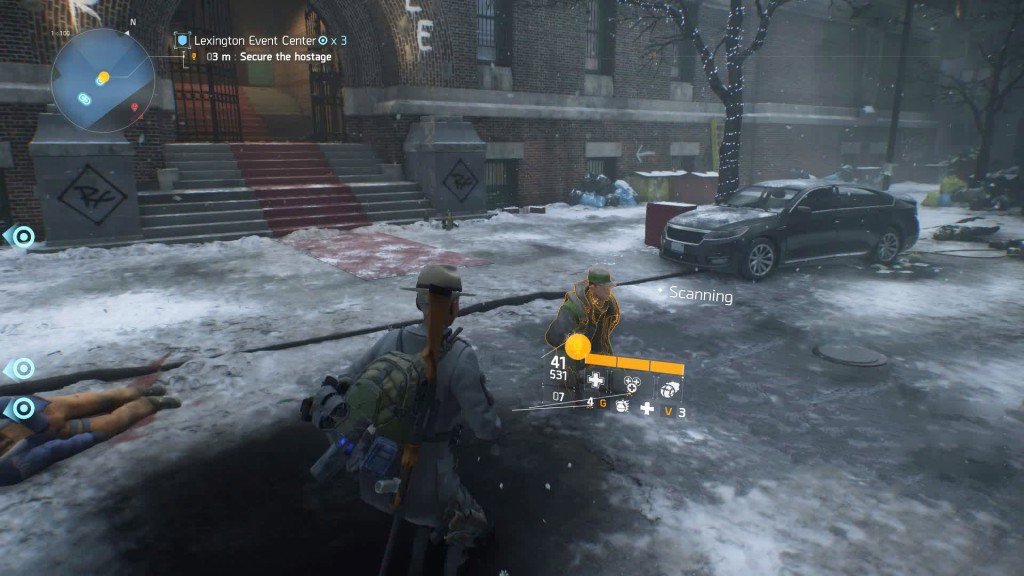 There are certain things you’ll have to do to prepare for these end game challenges. If you haven’t tried them yet, you should take a look at our Division Challenge Mode Guide.

Right after you start the mission, you’ll be greeted by a group of thugs. They’re guarding a hostage. Once you’ve got their attention, make sure to keep an eye on the truck in the middle of the street – they can go around it and flank you. Slowly fall back while fighting them, until the last one is down.

After you’ve entered the building, use the stairs to go up. You’ll encounter the next group of enemies at the reception desk. They’re somewhat fond of grenades, so be ready to dive back into the stairwell when they start throwing them. After a couple of waves, the coast will be clear. Rescue the hostage and move on. Don’t forget to restock at the ammo crate after the kitchen, right before the elevator.

The roof is the trickiest part of the mission. When you exit the elevator, there’s nowhere to retreat to. Once you’re in the open, the enemies will start spamming grenades. This section requires a lot of rolling and dodging. Make sure you’re always rolling towards the elevator – for some reason, they seem unable to throw explosives there.

After taking care of the group, you’ll rescue Sergeant Ramos. This will trigger the appearance of a mini-boss, Larae’s lieutenant, accompanied by several waves of enemies. If you take her out quickly enough, you may stop some of the latter waves from spawning.

Open the door for JTF backup

After you take the elevator down, refill your ammo at the cache by the door. Your next encounter happens behind the double door. Don’t enter the room – shoot from there. Make sure to keep track of the flank routes on the sides, and prevent the enemies from taking advantage of them.

There’s an ammo cache on the top of the emergency stairwell. Once you’re in the main hall, stay on the balcony. Make use of the height advantage and prioritize anyone who tries to use the stairs. If anyone on your team has the large version of Mobile Cover, you can try using it to block the stairs.

After you clear the first group of enemies in the hall, the boss will show up with more troops. The most important thing here is to hold your ground on the balcony. Again, be sure to take care of anyone who tries to get up there first. Once the boss is down, you’ll have to clear the remaining enemies and the mission will end.