WarrenGate Power Plant Challenge Mode is an end game daily activity in The Division. It lets you replay the plant mission in Styvesant on challenging difficulty.
▼Article Continues Below▼
You have to be level 30 in order to unlock it, and you’ll get some Phoenix Credits and a yellow item if you complete it. This guide will give you a WarrenGate Power Plant Challenge Mode walkthrough, helping you get cash and some great loot. 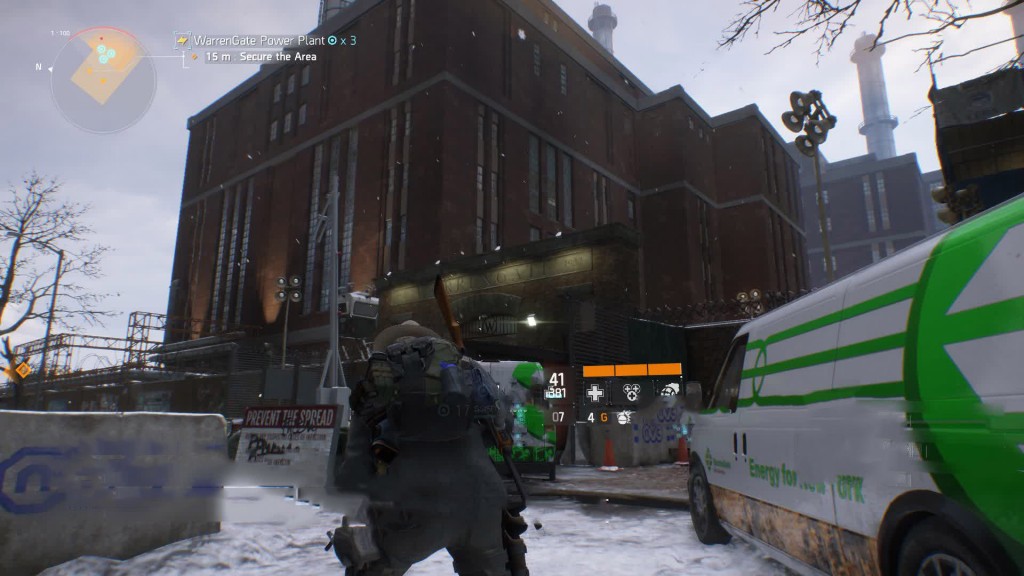 If you’ve just reached the end-game, you could take a look at our Division Challenge Mode guide, which will give you some broad advice on tackling these missions.

There’s only one group of hostiles in front of the plant. There are a couple of grenadiers in the mix, so keep on your toes. Stay behind the cars, spread out and slowly retreat if you feel too much pressure. You can use the gate as a choke point and get some AoE damage in.

The next encounter will start after you use the switch to open the metal accordion door. There’s a resupply chest next to the door – use it. Concentrate on the shotgun-wielding, rushing thugs first. There will be more grenadiers here, so make sure you dodge as best as you can. Try to take advantage of the catwalk – it makes the fight easier.

You’ll follow a small corridor out of the hall and into a room. When you arrive, a group of enemies will come down the stairs. Use the moments while they’re still clustered to either do some AoE damage or flashbang/smoke them. Watch out for the one with the shield.

When fighting the first group of enemies, prioritize the grenadiers. After you start snaking around the narrow tunnels, try to avoid camping by the pipes. When shot, they can generate a large flame and do considerable damage. You’ll have to locate the secondary explosives and disarm them as well. It will be guarded by a group with several snipers. Stick to cover, take out the grenadiers first, then pick off the snipers.

This is where the real trouble starts. You’ll have 12 minutes to finish several objectives, with groups of enemies spawning between each two. There’s high ground in the middle of the room – try to always flock to it, spread out as much as you can and dodge vigilantly. You’ll have to operate 3 valves, each inviting a group of enemies.

You won’t have time to wait for your signature skills to recharge after each fight, so you’ll have to ration them wisely. After you operate the main valve, you’ll proceed further.

Restock at the chest after the valve room. When you start the gunfight in the control room, make sure to hold the two flanking routes on the sides. If you let enemies creep up on you from there, you’ll be in a world of pain.

There will be a couple of shield bearers there, as well. They’re extremely tough, with a lot of armor. When you see them crouch behind the shield, dive into cover and wait for their barrage to end.