The Necropolis is the eleventh campaign mission in Doom 2016. Once you go through the Titan’s Core portal, you’ll find yourself in the new area – Necropolis. Your goal is to reclaim the Crucible from its tomb. While defeating the forces of Hell, you’ll come across hidden collectibles and, at the end of your path, you’ll face Crucible guardians. This is your second boss fight where you have to defeat Hell Guards. Unfortunately, new weapons are not available on this level.

While wandering throughout the Necropolis, you will unlock 10 well-hidden secrets and collectibles like data logs, automaps, hidden rooms, elite guards, argent cells, field drones, and all of them you need for completing numerous achievements / trophies. Once you unlock the secret room, you’ll be able to play House of Pain map that was available in Doom I. This video guide will show you all mission 11 secrets & collectibles in Doom 2016 and where to find them.

How to defeat Hell Guards

The second boss fight consists of 2 phases. During the first phase, you’ll face one heavily armored hell guard with two big melee weapons. This boss has an energy shield and you can do some damage only when the shield is down. The best weapon against this boss is Gauss Cannon, since it deals enough damage to take him down quickly, especially if you make headshots. He also has several fire attacks, and you have to dodge when you see this coming to avoid taking damage. You can avoid all his attacks by double jumping.

When the second phase starts, two Hell Guards will emerge from the ground and you’ll have to fight them both at the same time. Since they don’t have energy shields, it will be much easier to defeat them. If you have BFG ammo, use it to stun the guards. The best weapon against these demons is the Heavy Assault Rifle, and it will do a large portion of damage. 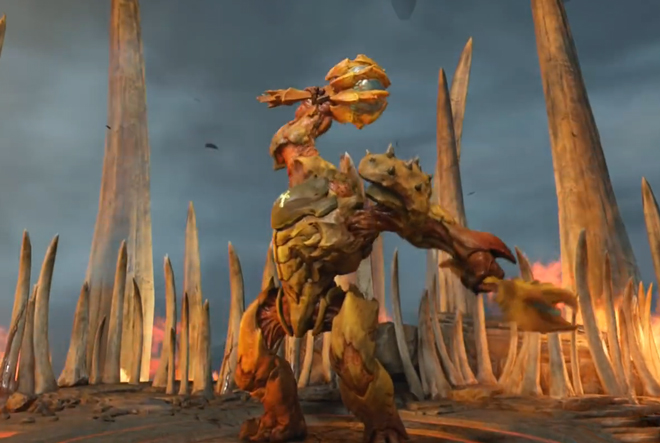