The Elden Ring Colosseum update has arrived! The new PvP update brings three new Arenas where players can partake in various PvP modes, from one-on-one duels to team deathmatches and more. The exciting battles are a reward in itself, but some players probably want to know if there are actual rewards. Furthermore, is there a Ranking System in place for the PvP Arenas in Elden Ring? Here’s what we know about Elden Ring colosseum rewards, ranks, and ranking system. 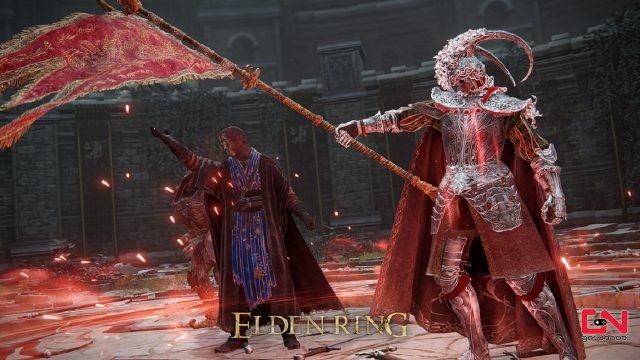 The Elden Ring Colosseum update has introduced three PvP arenas in Limgrave, Caelid and Leyndell. Players can partake in various combat trials, including one-on-one duels, free-for-all matches, and team battles with up to six players. And while these are insanely fun, many players think it would be nice to receive rewards for their skills shown in the arena. So, are there any rewards for winning in PvP arenas? Unfortunately, no. To the best of our knowledge, there are currently no rewards for winning or participating in these PvP arenas.

In Dark Souls 3’s Hollow Arena PvP, players would get rank badges when they win. These appear next to a player’s name when summoned or invading, as a way to display the player’s skill level. Maybe something like that will be added to the Colosseum as well. In Dark Souls 2’s Brotherhood of Blood PvP arena, players receive a variety of rewards based on their rank, including an aesthetic red aura. Thus, we’re fairly certain that the Colosseum rewards will also come to Elden Ring PvP arena, but they are not yet here.

Both Dark Souls 2 and Dark Souls 3 have a ranking system in their PvP arenas, and ranks for Elden Ring were datamined previously. Hence, a ranking system will most certainly come to Elden Ring Colosseum PvP as well. It’s just a matter of time before they will implement it. For now, that’s all we know about Elden Ring Colosseum Rewards, Ranks and Ranking System. We will make sure to update the article once we have more information.