The Prelate’s Inferno Crozier is a Colossal weapon in Elden Ring. This Big Red Hammer is one of the best weapons for STR builds in the game, and it is an Str C and Dex E scaling weapon that requires Str 45 and Dex 8. It gives the Prelate’s Charge skill, which will make the weapon slam into the ground and leave a trail of flames behind it. You can get this weapon at the same location as the Fire Prelate Armor (Altered). This heavy armor offers excellent defenses, particularly against fire damage. Our guide will show you how and where to find both the Prelate’s Inferno Crozier and Fire Prelate Armor Altered in Elden Ring. 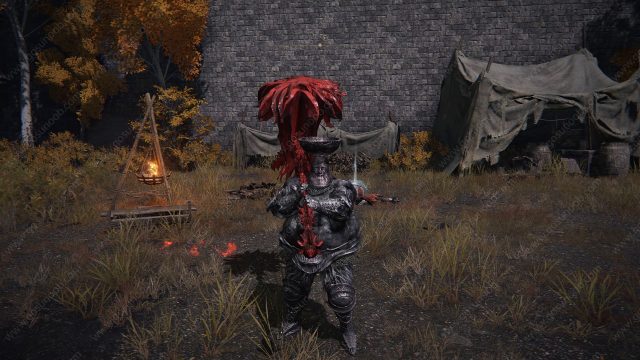 To get both the Prelate’s Inferno Crozier and the Fire Prelate (Altered) armor, head to Fort Laiedd. When you get inside the Fort, you will find a Fire Prelate enemy inside. Get ready for a tough fight. After you defeat it, it will drop the Prelate’s Inferno Crozier, as well as the entire Fire Prelate armor set, including the Altered chest piece. Some players didn’t get this loot to drop. If this happens to you, go rest at a Site of Grace and then come back, it should be here now.

How to Get Fire Prelate Armor Set in Elden Ring

There is also a regular version of this armor you can get instead. Unlike the bare chest piece of the Altered version, the regular version has red cloth across this piece of armor. If you would like to get it instead, what you need to do is to head to the Guardian’s Garrison, which is at the Mountaintop of the Giants. There, you will encounter a similar Fire Prelate enemy. When you defeat it, you will get the non-altered Fire Prelate Armor chest piece.