Elden Ring has finally launched, and fans and critics alike almost unanimously agree that the game is an instant classic. Unfortunately, the same can not be said for Elden Ring’s performance. The game currently suffers from stuttering, frame drops, low FPS, and poor optimisation in general. One particularly persisting issue is white screen crashing on launch. Here’s why is that happening and possible solutions how to fix the Elden Ring White Screen issue. 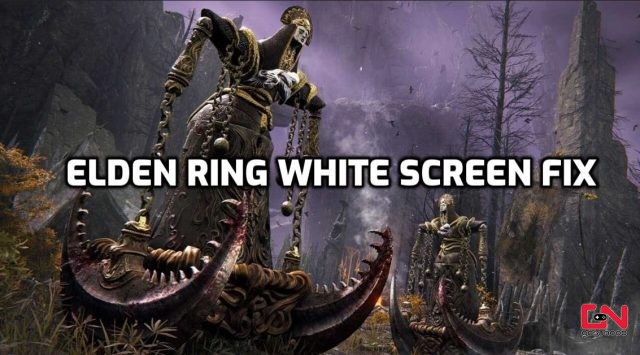 We will not beat around the bush and will say immediately that for now, there’s no proven solution that always works. Players around the web have found various fixes that work for them but might not work for your case. With that said, let’s see what options are there that might fix the Elden Ring White Screen on launch issue.

Before we try other solutions, make sure that your drivers are up to date. Old drivers might cause instability and crashes in new games. Check for the latest Nvidia or AMD drivers either through your GPU apps or directly from the official links below.

Many players have reported that disabling overlays from apps such as Steam and Discord has fixed the white screen issue. Discord in particular is known to cause issues with games when you have Game Overlay or Streamer Mode turned on. You can turn off both of these as follow:

If you don’t have 12_0 or higher, unfortunately, you won’t be able to play Elden Ring and the white screen issue will persist. If you do have version 12_0 and 12_1, and you are still getting the Elden Ring white screen, then DirectX 12 is not the issue. With that said, we’ve exhausted all the possible solutions we currently know. Keep in mind that Elden Ring has launched in a very bad state in terms of performance on PC. The issue might simply be with the game itself. Bandai Namco has promised that they “will be providing a patch in the near future” to fix numerous issues, so we might just need to wait for that if nothing else helps.