Chapter 12 – The Ride – is one of the shortest chapters. This doesn’t affect the level of fun you’ll have while playing it thought.
▼Article Continues Below▼
I’ve managed to find only one archive piece, Map Fragment 24. The whole chapter consists of four events which have a lot of combat. 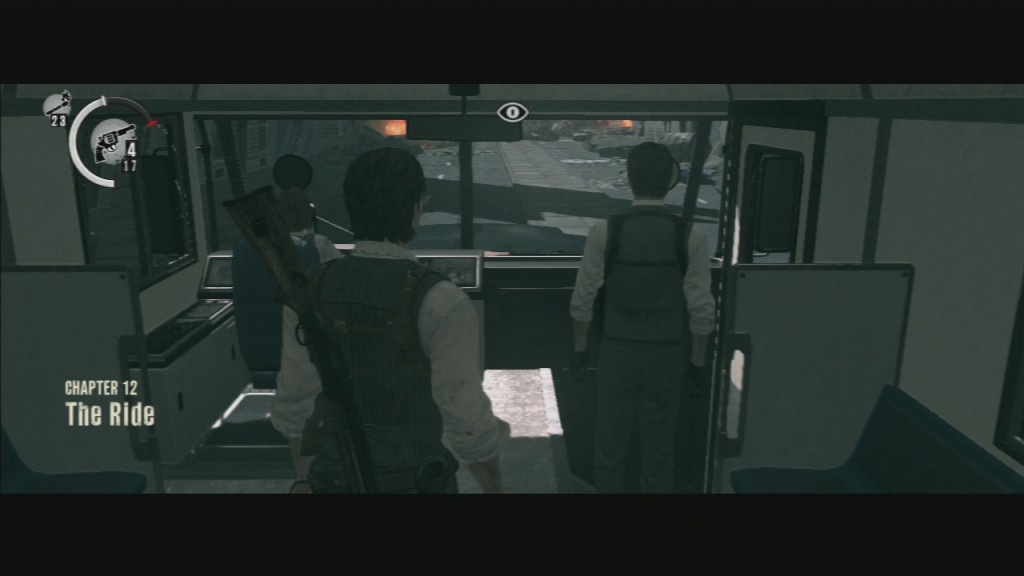 After the first cutscene you find yourself on a bus fighting for your life. Giant spider monster has two nasty attacks that you should look out for. It creates small larvae. They are rather small and drop items once killed. At one point it also raises its front legs and swings them at about head height. This attack happens as soon as it turns its face sidewise. At this point you want to crouch to avoid its damage. If it, however, raises only one leg it lands it somewhere on the bus. This is where it raises its face up. Don’t let that landing spot be your location. You can save ammo and let Joseph shoot the beast. If you, however, decide to shoot it along with Joseph this section of the game ends faster.

Fighting vs an ambush

You manage to lose the beast and find yourself in front of an obstacle. This is where an ambush begins. They come from right and front of the bus. Lots of the monsters that come from these locations carry a torch, guns, snipers and more. Get back to the end of the bus and shoot them as they come. Monsters with torches are priority. Ambush ends when the monster with the dynamite clears your way through.

The spider is back again. He does the same attacks but repeats them more often. He also likes to shake the bus making aiming almost impossible. When you “defeat” it you get an appropriately named achievement/trophy “Arachnophobia“.

Fighting near an ambulance

This part of the chapter has two phases. Heading toward the ambulance and going back to the bus fighting new waves of enemies.

Groups of enemies you encounter while moving toward the ambulance are easy to defeat. They usually stand close to red barrels that you can shoot and that way kill more than one monster. There is one sniper wielding monster that can cause problems. It stands on top of one of the trunks. As always, you can spot its location by the bright shine that comes out of his scope before he shoots. He is not a very good sniper as he doesn’t hide behind any obstacle and you can easily kill him.Inside the ambulance car you can find key item history “Hemostatic” necessary for continuing the chapter and the Map Fragment 24. This is where the game auto-saves.As you head back to the bus a hummer with a mini gun on top of it stops you on your way back. Monster on top of it shoots at you with small pauses between bursts. Use the time when he pauses to get close to it. Do not stay behind the same car for more than one burst from the machine gun, because it slices through cars and they explode. Run, hide, run, hide and as you get close to the hummer the monster leaves its spot and you can easily kill it.The next part is really fun. It’s time for you to use the machine gun! Group of monsters come rushing to you from right and left of the bus in the distance. Mow them down! Second to last group of monsters has a SWAT geared monsters. They go down slower than the others.As Kidman asks you to come to the bus the final group of monsters comes rushing in. Gun down the ones that are near the bus itself and head back to the hammer once again. Use the machine gun to save ammo.As you enter the bus you start to ride it. Guide it to your right or left side of the road for a safer path. A new cutscene starts soon and with its end the chapter ends as well. 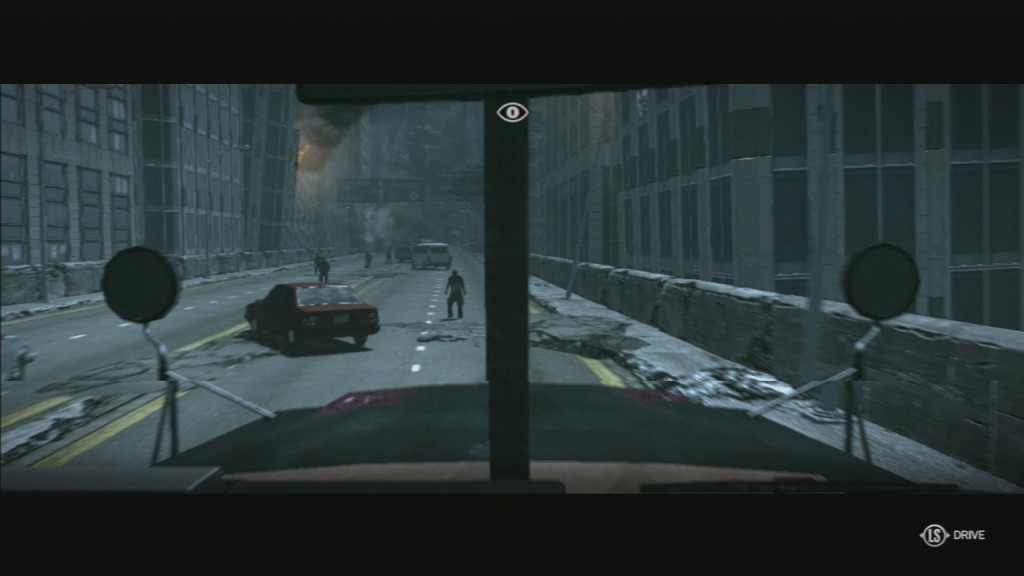