Admiral’s Friend is a harpoon gun in Fallout 4. It was added along with the Far Harbor DLC. It uses harpoons as ammo – it’s really slow but powerful. It also has a special ability which makes it a great opener in fights. This guide is going to show you how to get Admiral’s Friend in Far Harbor, what it looks like and its stats.

How to get Admiral’s Friend

This harpoon launcher can be bought from one of the first merchants in the DLC. When you arrive to Far Harbor look to the left. The first vendor you’ll see is Allen, the guy you met in front of the city. Talk to him and choose the barter option. It’s going to cost you – hopefully you have a stash of caps to carry over from the vanilla game.

The Admiral’s Friend does massive damage, but is slow to fire. Its ability allows it to deal double damage to targets at full health. This makes it a perfect way to open a fight – stab someone with a harpoon from afar, take a decent chunk of their health off, then switch to something more manageable and finish them. 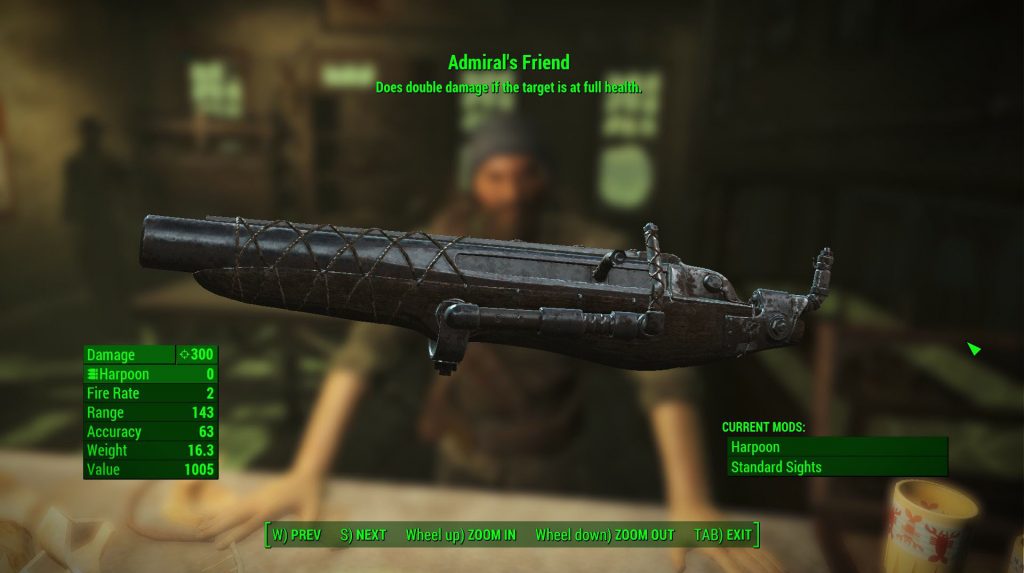