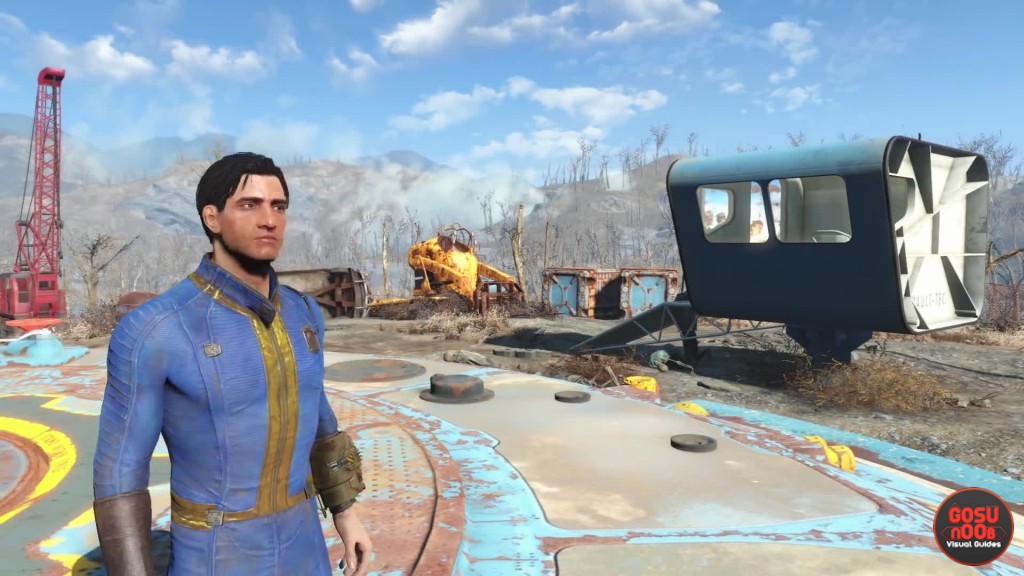 Note: We will update the guide with new information as soon as the game is out.

Power Armor is the toughest of its kind. Using it makes you a walking fortress – slow and tough. You become a bullet sponge with massive resistances. You’ll need to watch your fuel, though – these battle-suits run on Fusion Cores, and if you run out of juice, you’ll have to take it off.Even though it’s robust, you can sneak and fast travel while in your Power Armor. Equipping it will increase your Strength to 11. They have the best radiation resistance, and can be modded with jetpacks and other useful mods.

Vault jumpsuits aren’t even considered armor – they provide no protection whatsoever, but they do affect your SPECIAL attributes, skills and perks. Every Vault in the game has their own jumpsuit – different ones increase different stats. They all look the same, apart from the large number on the back. You’ll start the game off with a Vault 111 Jumpsuit.

Armor worn by the bandits of the Wasteland. It’s either modified combat armor, or made entirely from scraps. It provides decent protection at no cost, since you’ll be taking it off of cold Raider bodies all the time. It looks terrible, though.

Pre-war clothes include formal suits, dresses, hats, sweaters and shirts. They’re really bad at protecting the wearer, but they look sharp and do wonders for the personality. Like the vault jumpsuits, they’ll increase various stats, but also make you look good, by 1950s standards.