Atom’s Judgement is one of the new unique weapons in Fallout 4. It was added in the Far Harbor DLC and it’s closely tied to the Children of Atom faction. Essentially, it’s a radioactive super-sledge, that does both physical and radiation damage. In this guide, we’re going to show you Atom’s Judgement location in Far Harbor, what it looks like and its stats.

We’ve only found one way to get this weapon and it’s through a Children of Atom faction quest. The quest is called The Heretic. You can get it from Richter in the Nucleus (he’s on the walkway next to the submarine’s top). You’ll have to deal with Sister Gwyneth, a rogue church member spreading heresy across the island. Once that is finished, talk to Richter again. You’ll probably get the weapon no matter what you say, but we chose the “Praise the Atom” answer.

Atom’s Judgement is basically a super-sledge augmented with four leaking fusion cores. Apart from doing an expected amount of physical damage, it also inflicts radiation poisoning on targets. There are no side-effects to using it (you won’t get irradiated yourself). 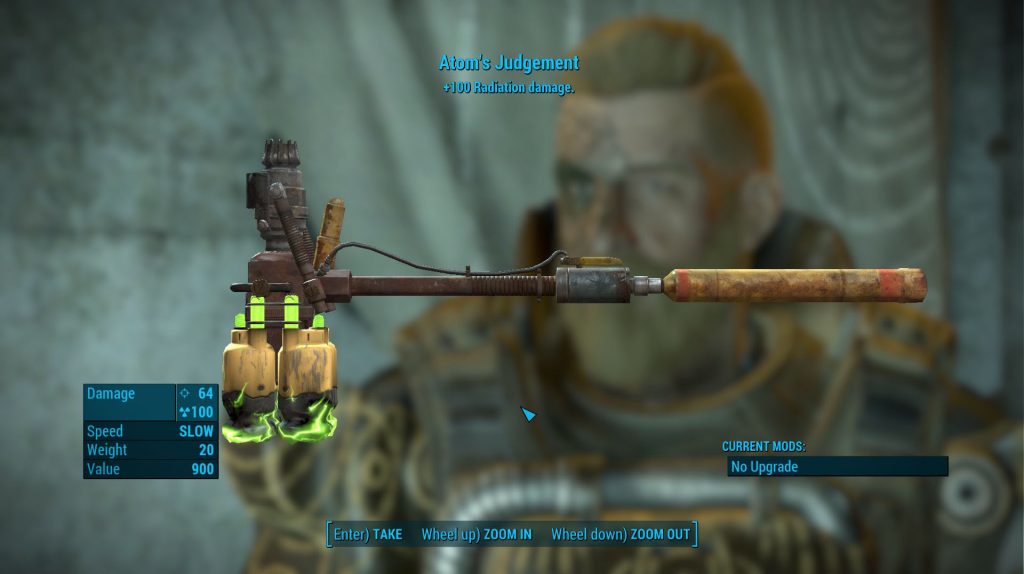