Consumables are items that can be used on the player character in Fallout 4. This includes food, drinks and chems.
▼Article Continues Below▼
Some of them have instantaneous negative effects that go along with the positive ones, while others create addiction. This guide will show you all consumables in Fallout 4, their effects and how to get them. 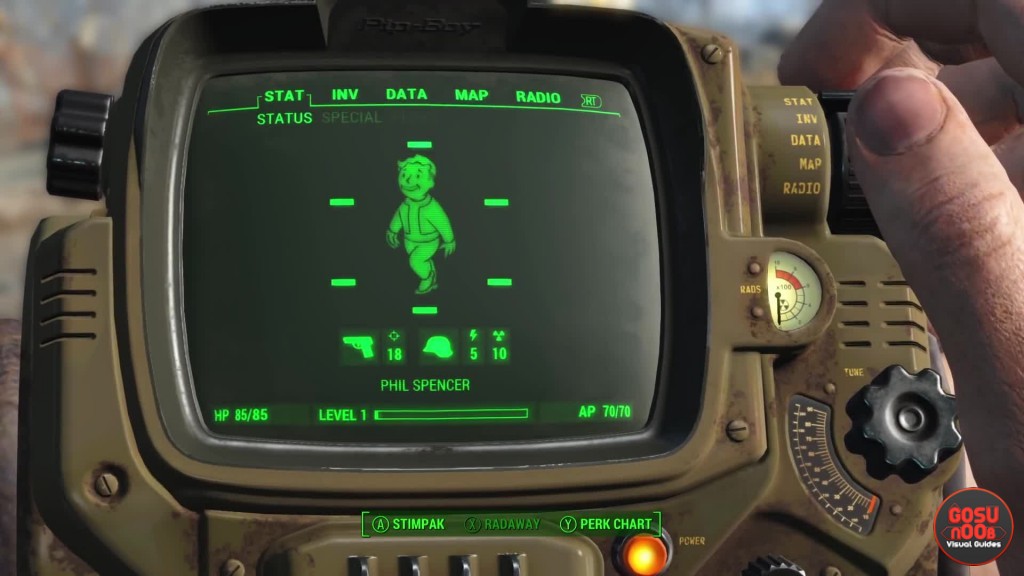 Eating food restores health. The catch is, most of the food in the Wasteland is radioactive – it will raise your rad levels, and eventually lead to radiation poisoning. There’s clean food to be found, like fresh vegetables, but they don’t heal as much ready meals and sweets do.

You can also prepare your own meals at Cooking Stations – these can give you various bonuses aside from healing you, and require common ingredients like Molerat Meat.

Drinks like the Nuka Cola are irradiated, just like the food. They’ll heal you, but bring you closer to death by radiation as well. Purified Water was one of the rare clean drinks in previous games, so we’re hoping it’s going to make a return.

Then there’s alcoholic drinks. They won’t heal you, they’re not radioactive – instead, they increase certain SPECIAL stats while lowering others. In other words, taking a swig of whiskey might just make you better at science. The effect is temporary, but using them too much will cause addiction.

In earlier games, having addiction meant suffering withdrawal symptoms after not drinking for a while. These usually included stat decreases.

Chems are basically drugs – like Stimpaks, Jet, RadAway and Buffout. They don’t have adverse effects in the short term, instead only boosting your damage resistance, movement speed, radiation resistance, etc. In the long run, there’s a chance of getting addicted with each use. The addiction and withdrawal symptoms work the same way as with alcohol.

We’ll update the guide with more consumables when the game is out.