Bethesda have released another piece of DLC for Fallout 4 today. Contraptions Workshop, as the add-on is called, adds a bunch of new crafting and base building options to the game, going so far as to allow you to create factories. 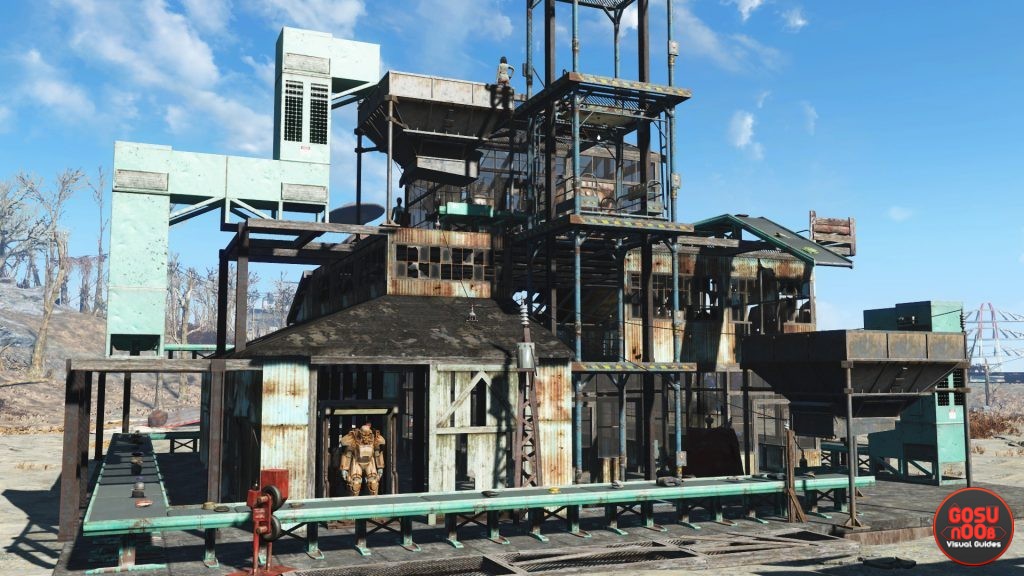 It’s another little expansion for people in love with the base building – you won’t find any new stories, characters or quests here. The description on the Steam store is pretty bare-bones – it mentions some of the items, like conveyor belts, scaffolding kits, logic gates and such. Rumor has it there’s over 100 new items in this add-on, but we haven’t had the chance to count them.

What’s certain is that it adds the option of building factories that can then produce items – weapons, armor, ammunition and such. There’s also fun stuff on the side, unrelated to the production aspect – like elevators (no more climbing stairs!) and fireworks.

Fallout 4: Contraptions Workshop is already out. If you have the season pass, it’s already in your library, at no additional cost. If you don’t, you can buy it separately for $5 in the store of your choice. The next two DLCs are going to let us build our own vault and explore an abandoned amusement park. If you’re not particularly interested in settlements, better wait for those.