Bethesda have announced the initial DLC plans for Fallout 4. Three add-ons of varying sizes will be released before summer, all covered by the Season Pass. The season pass will also become more expensive come March 1st, so if you’re interested in getting it, now would be the time. 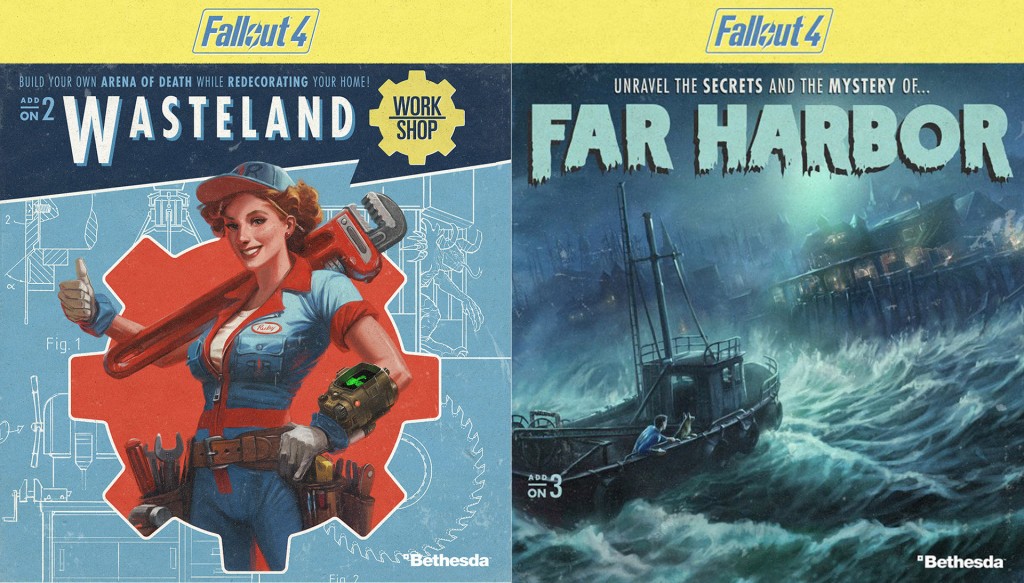 Automatron is the first piece of DLC. It will cost $10 and is expected some time during March. It will introduce a new villain and his army of evil robots. A new mechanic will be added, as well – robot modding. You’ll get to create your own robots and customize them to the tiniest detail – weapons, armor, colors and more.

The second DLC will be called Wasteland Workshop. It’s supposed to come out in April, with a price tag of $5. This one is going to add more settlement customization options, as well as cages used for trapping almost anything. You’ll get to tame beasts and organize fights between captives.

The chunkiest expansion will come out in May. It’s called Far Harbor and you’ll be able to buy it for $25. It will add a whole new area – an off-shore synth colony – which you’ll visit during a new case in the Valentine Detective Agency. Everything that goes along with this is included, naturally – new enemies, weapons, armor, dungeons and quests.

If you don’t have the season pass already (and you’d like to), you should grab it before March 1st. The current price is $30, but it’ll go up to $50 in a couple of weeks.