Kid in a Fridge is a side quest in Fallout 4 and it is one of those things that makes this game what it is. You could say it is a perfect representation of Fallout 4.
▼Article Continues Below▼
Beside having a ridiculous premise to begin with it gets weirder as the story unfolds. I’m writing this guide because I found the quest cool, but as with many quests in the game it has some decisions for you to make. I wanted to tell you what are the consequences of some of the decisions. After the “Kid in a Fridge start location” section stop reading if you want to avoid spoilers.

Kid in a Fridge start location

Quest can be started by hearing a strange voice in your vicinity as you explore southeastern parts of Boston (south of University Point or north of Quincy, if you got that far). 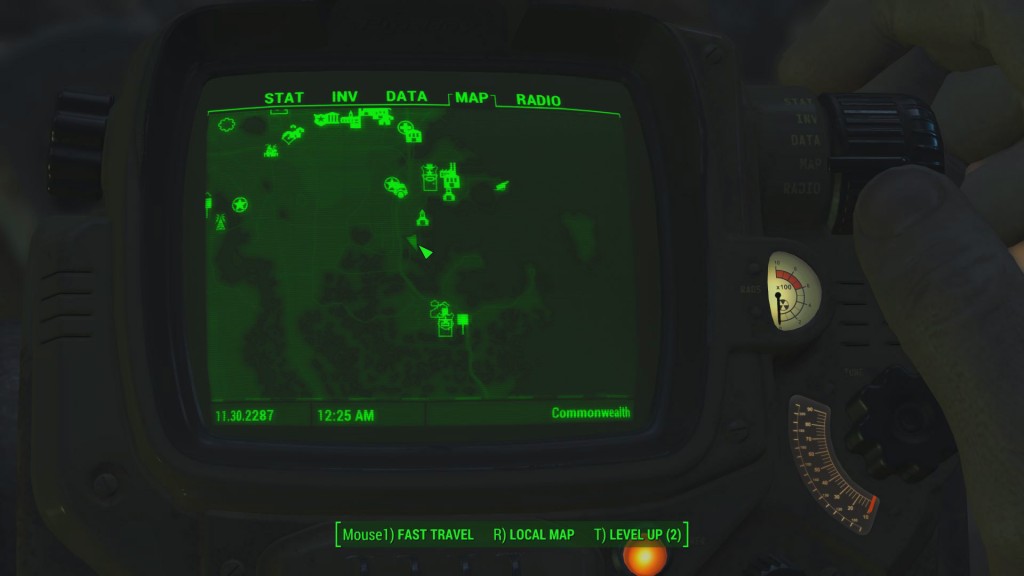 You will uncover a ghoul kid named Billy inside the fridge. Apparently Billy was stuck inside a fridge for 200 years and just wants to go home. You can choose the charisma option to tell him his parents are probably dead **spoiler** but you’ll be wrong! Billy will follow anywhere you go. You can even go do other quests and he’ll be around. Funny thing is that if you go to far from Quincy he’ll start complaining that you are not really taking him home and if his whines do not make you feel bad you should see a doctor about your soul.

Bullet – sell or not

Very soon after you find Billy a Gunner named Bullet will approach you and offer to buy the ghoul kid. With high enough charisma and several dialogue checks you can even ask for more caps than 200 he initially offers (up to 350 max), but if you have low charisma and fail the check Bullet will refuse to have any dealings with you going further. You have three choices here: 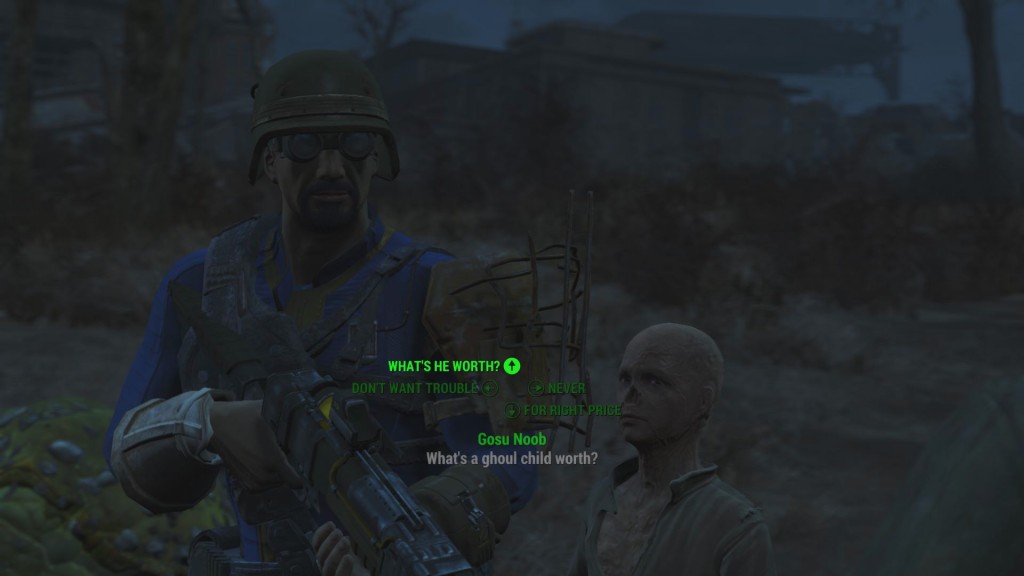 Getting Billy to his house

Between where you find Billy and his house is the Quincy neighborhood. This is a very populated Gunner stronghold and you will come across many enemies level 30-40+. There is lots of loot to be had going this way, but it will take a while to clean out the area. If you are lower level or want to do this quest quick I recommend you follow the highway for a while and approach the house from northwest. This will avoid the heavily populated Quincy and any “distractions” along the way. 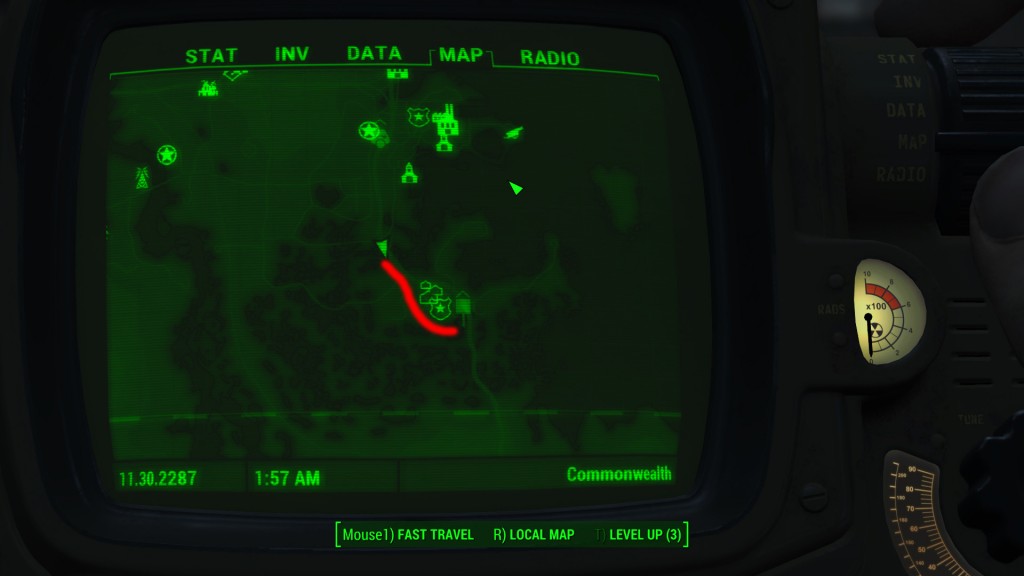 Parents are ghouls as well and alive. If you did not kill Bullet previously he will show up with his buddies. You can also decide to sell the kid now (if you did not flat out refuse his initial offer or failed the charisma checks before), you can pass a hard charisma check telling him the family is not there anymore, or enter conflict. Refusing to give up the kid starts a fight with several Gunners during which Peabody family will assist you. If you killed Bullet before you reached Billy’s home his parents will reward you with 500 caps for bringing their boy home. If you did have a fight with the Gunners at their house you will only get 250 caps. 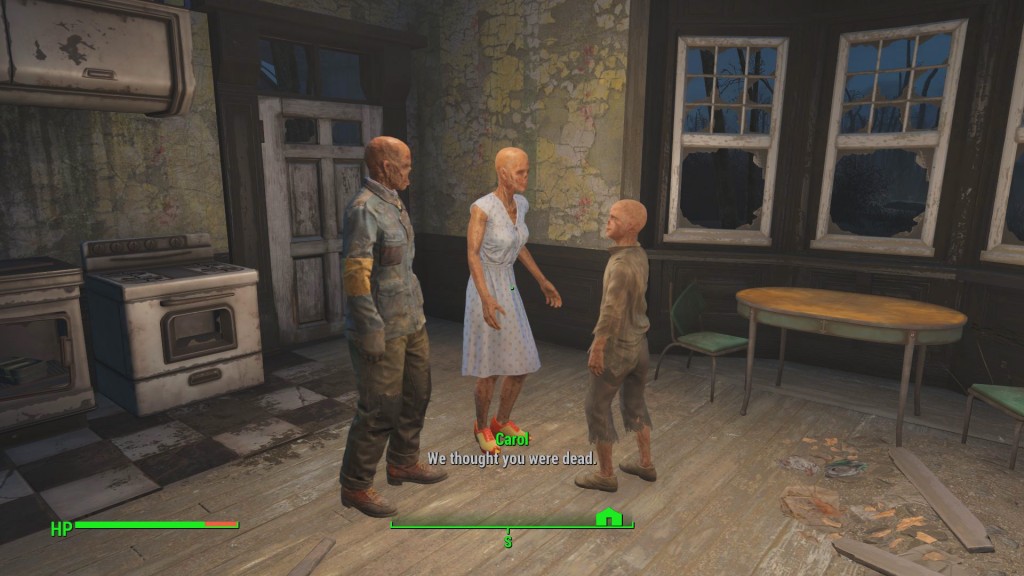 The only thing left for me to do now is sell Billy and wait to see if he comes back at some point in the game seeking vengeance. Did any of you guys try that out?

PREVIOUS POSTTop of The World Achievement / Trophy | Just Cause 3

NEXT POSTDaredevil Jump Locations | Just Cause 3